The United Nations has called on the Australian government to accept an offer from New Zealand to put an end to a stand-off at the now-closed Manus Island detention centre.

The United Nations refugee agency has urged the Australian government to accept Jacinda Ardern's offer to take in 150 refugees as the Manus crisis continues.

Since the Manus Island detention centre closed on October 31, hundreds of men barricaded themselves inside - protesting the push to move to the alternative accommodation due to safety fears.

But the PNG government, police and defence force has continued their push to move refugees from the complex.

The UNHCR, who has people on the ground, told SBS News the alternative accommodation was not ready for the men to live in. 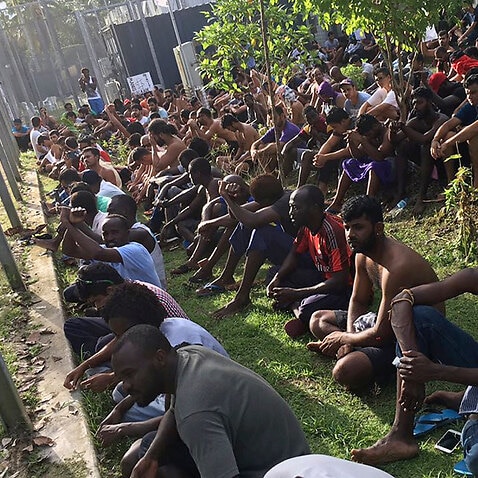 Currently about 420 men still remain in the closed centre where food, water and medical supplies have been cut off.

A court request to reinstate the services was denied and an appeal was lodged by the refugees' lawyer, but this has been pushed back to next week.

"The most important thing for the refugees is a solution," he said, calling on Australia to accept New Zealand's offer to resettle 150 refugees from Manus Island and Nauru.

"This solution is very important because it's been offered... it's on the table and it's something that needs to be considered very seriously."

Mr Lam said it was "incomprehensible" for the Australian government not to take up the offer immediately.

"We urge Australia to reconsider this and take up the offer," he said. "It's still not complete, the construction is still going on... we've seen heavy machinery still on the ground as well. We're hoping it would be completed as soon as possible but right now it's not the case," he said.

At the weekend a handful of the protesting men did choose to relocate to the alternative accommodation.

The refugees' lawyer, Ben Lomai - who took the case to court earlier this month - told SBS News he hoped PNG officials would continue their efforts to vacate the complex in "the humane way"

Mr Lomai said the process was "playing around the human lives".

"I'm not happy because... the people on Manus are suffering right as we speak... by having to look at the legalities of forms and et cetera, it doesn't work well in the interests of everyone," he said.

New Zealand’s newly elected Prime Minister Jacinda Ardern plans to repeat her offer to take 150 refugees when she meets Malcolm Turnbull in the Philippines this week.

"If these people are taken in by New Zealand it will effectively be a backdoor into Australia," he said.

Mr Turnbull previously turned down Ms Ardern's offer – placing preference on a refugee deal with the United States instead. 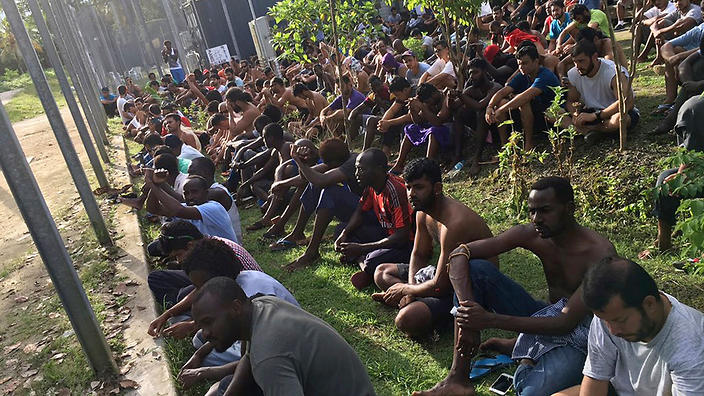 Asylum seekers sit on the ground as they refuse to leave the Manus Island detention center in Papua New Guinea.
(AAP) The UN committee urged Australia to end offshore processing and bring the men on Manus to Australia or another safe country.
AAP/Refugee Action Coalition

However, he left the door open to reconsider it at a later date.

"We made the offer because we saw a great need. No matter what label you put on it there is an absolute need and there is harm being done," Ms Ardern said on Sunday.

"I see the human face of this and I see the need and the role New Zealand needs to play. I think it's clear that we don't see what's happening there as acceptable, that's why the offer's there."

On the day of his swearing-in as a Greens senator Andrew Bartlett said Malcolm Turnbull should accept New Zealand's offer.

"What many, many people are saying throughout the country, certainly throughout Queensland, is close those camps, bring them here, they've suffered far too long," he said.

"We should not be having this system where we are deliberately inflicting pain on innocent people at a massive cost to the taxpayer."