Unapologetic Trump digs in on immigration

President Donald Trump says the US will not become a "migrant camp" on his watch and blames the Democrats for refusing to negotiate on immigration laws. 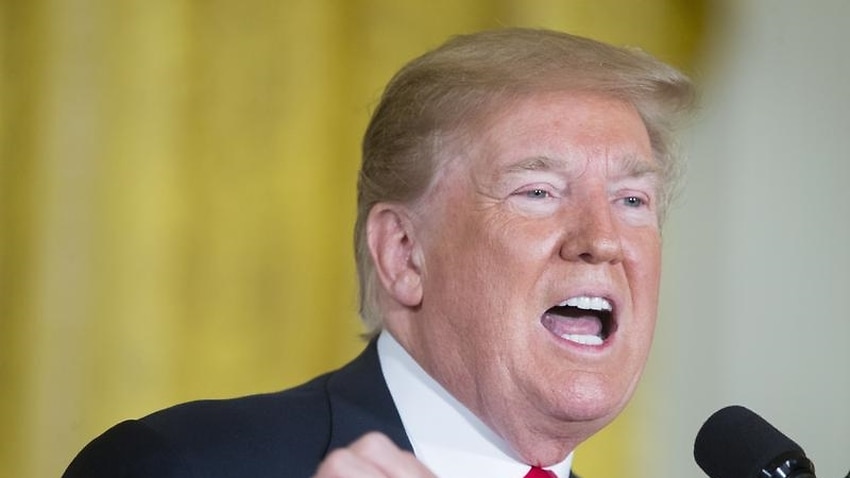 US President Donald Trump has defended his administration's border-protection policies in the face of rising national outrage over the forced separation of migrant children from their parents.

Calling for tough action against illegal immigration, Trump declared the US "will not be a migrant camp" on his watch.

The children are being held separately from parents who are being prosecuted under the administration's "zero-tolerance" policy for illegal border crossings.

Trump on Monday falsely blamed Democrats - the minority party in Washington - for obstructing legislation to fix the situation. In fact, it was Trump's administration that broke with longstanding practice of processing migrant families in civil, rather than criminal, proceedings that allow families to be held together.

"I say it's very strongly the Democrats' fault," Trump said Monday as his administration rejected criticism that the policy has resulted in inhuman and immoral conditions.

Nearly 2000 children were separated from their families over a six-week period in April and May after Attorney-General Jeff Sessions announced the new "zero-tolerance" policy that refers all cases of illegal entry for criminal prosecution.

Prior procedure had limited prosecution for many family entrants, in part because regulations prohibit detaining children with their parents since the children are not charged with a crime and the parents are.

The policy change was meant to deter unlawful crossings - and Sessions issued a warning last month to those entering the US illegally that their children "inevitably for a period of time might be in different conditions."

Audio of sobbing children calling out for their parents dominated the discussion Monday. "Papa! Papa!" one child is heard weeping in an audio file that was first reported by the nonprofit ProPublica and later provided to The Associated Press.

Administration officials said they do not like the family separations either - calling it the result of legal loopholes - but insist migrants who arrive illegally simply won't be released or loosely kept track of.

But the White House signalled it would oppose any narrow fix aimed solely at addressing the plight of children separated from their parents under the immigration crackdown. Press secretary Sarah Sanders said Trump's priorities, like funding a border wall and tightening immigration laws, must also be fulfilled as part of any legislation.

"We want to fix the whole thing," she said. "We don't want to tinker with just part of it."

The administration is hoping to force Democrats to vote for the bills or bear some of the political cost in November's midterm elections.

Trump's commitment to the current policy showed no sign of faltering as voices of outrage and condemnation grew louder and more diverse.