Prime Minister Jacinda Ardern has led thousands of mourners at a park in front of the Al Noor mosque, where most of the victims died, for a prayer followed by two minutes of silence.

The Muslim call to prayer rang out across New Zealand on Friday followed by two minutes of silence nationwide to mark a week since a white supremacist gunned down 50 people at two mosques in the city of Christchurch.

As the call was broadcast around the country, thousands of people - including Prime Minister Jacinda Ardern - stood silently in a park opposite the mosque where the killing began, as the country of 4.5 million came to a standstill. 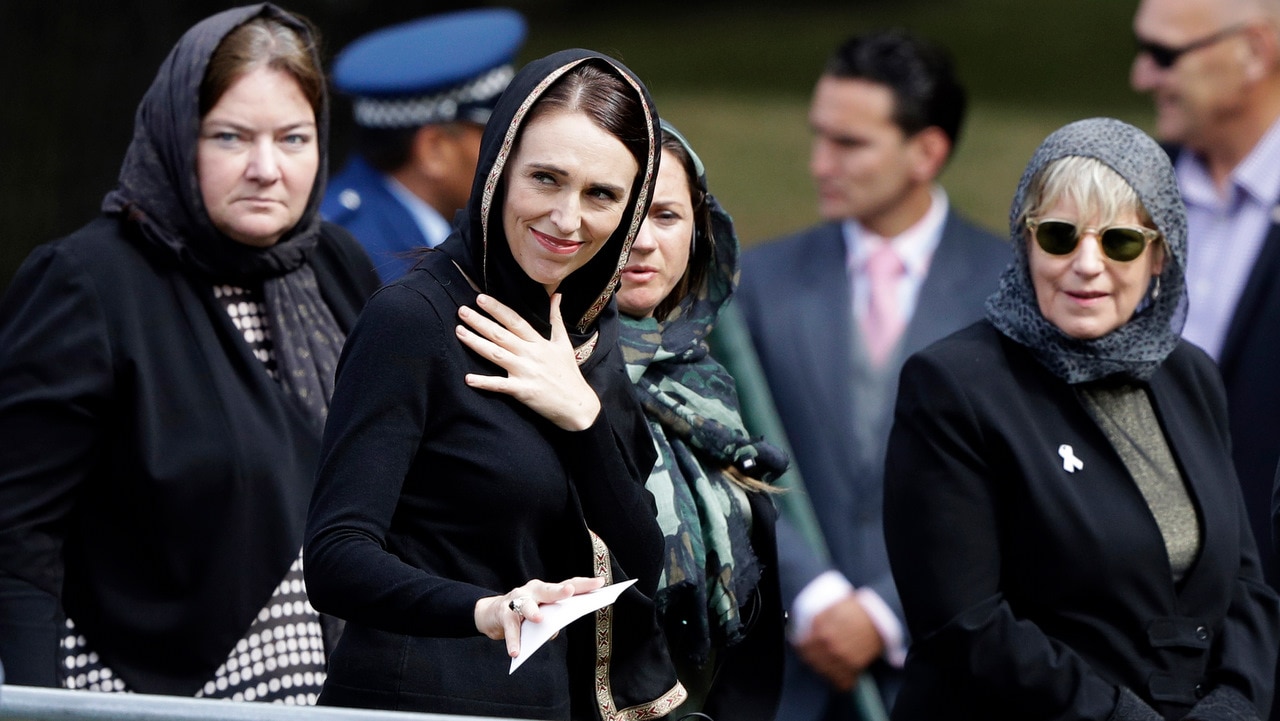 The massacre by alleged shooter Brenton Tarrant has shocked a nation known for its tolerance.

It has prompted horrified Kiwis to respond with vigils and performances of the traditional Maori haka dance, and to form lines behind Muslims to symbolically protect them while they pray.

A muezzin in white skullcap issued the call to regular Friday prayer at 1.30 pm (0030 GMT) with chants of "Allahu Akhbar" (God is greatest) as thousands listened in Christchurch's Hagley Park across from the Al Noor Mosque.

The country then fell silent for two minutes, with public gatherings in Auckland, Wellington and other cities. 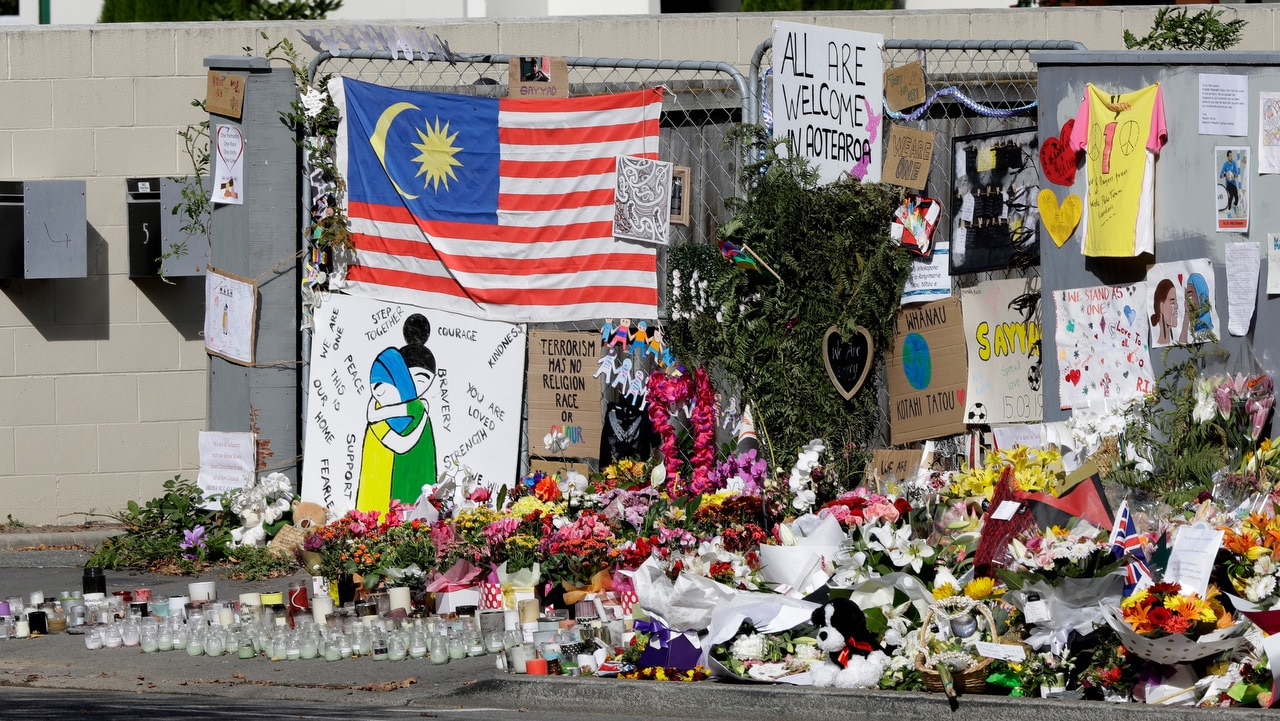 Tributes hang on the fence outside the Al Noor mosque in Christchurch, New Zealand.
AAP

After prayer, a crowd of more than 5000 mourners gathered for the mass burial of 26 victims.

Burials have been delayed because parents, siblings and other close relatives of those being buried have been unable to arrive ahead of the scheduled start of services.

The youngest victim, a new father, and a proud grandfather will be among the group who are to be the final victims laid to rest in Christchurch.

In neighbouring Australia, people stopped in the streets and in shops to mark the moment.

Al Noor imam Gamal Fouda then took to the lectern to denounce hatred, but also to praise the sense of Kiwi togetherness that the killings have sparked.

'An example of love and unity'

"I look out and I see the love and compassion in the eyes of thousands of fellow New Zealanders and human beings from across the globe," he said.

"This terrorist sought to tear our nation apart with an evil ideology that has torn the world apart. But, instead, we have shown that New Zealand is unbreakable."

He thanked New Zealanders for their "love and compassion". 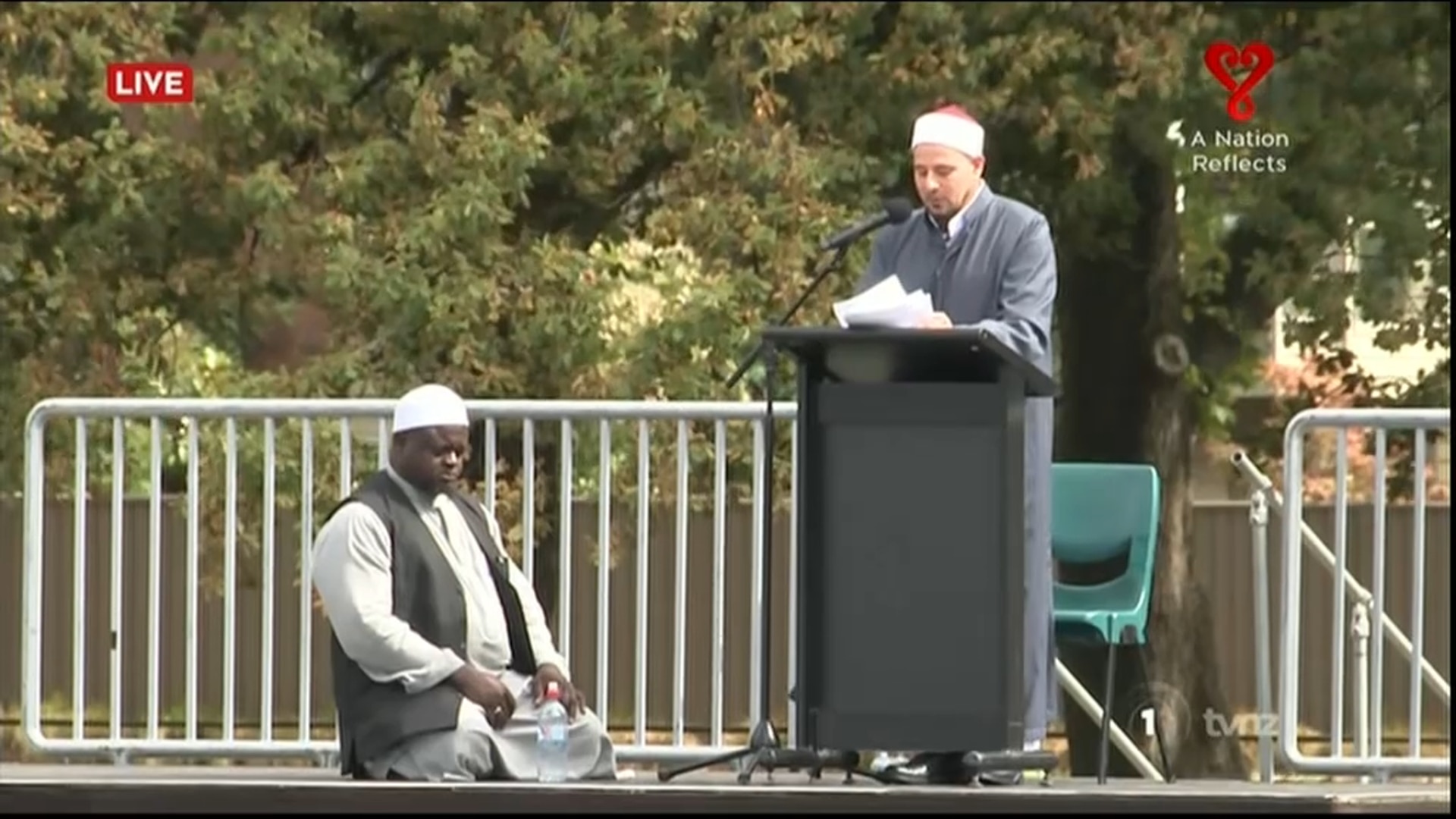 "Thank you for teaching what it means to love and care," he said, praising New Zealanders for the show of solidarity.

"We have shown New Zealand is unbreakable; and that the world can see in us an example of love and unity.

"We are brokenhearted, but we are not broken."

He condemned the rise of white supremacy, right-wing extremism and anti-Muslim sentiment. Mourners gather for two minutes silence to remember those who died.
SBS

"The politics of fear did not come overnight. It was the result of anti-Islamic and anti-Muslim by some political leaders, media agencies and others.

...[The terror attack] is proof and evidence that terrorism has no colour, no race and no religion.

The rise of white supremacy and right-wing extremism is a great threat to humankind."

Many women in attendance wore headscarves in solidarity with New Zealand's Muslim community. 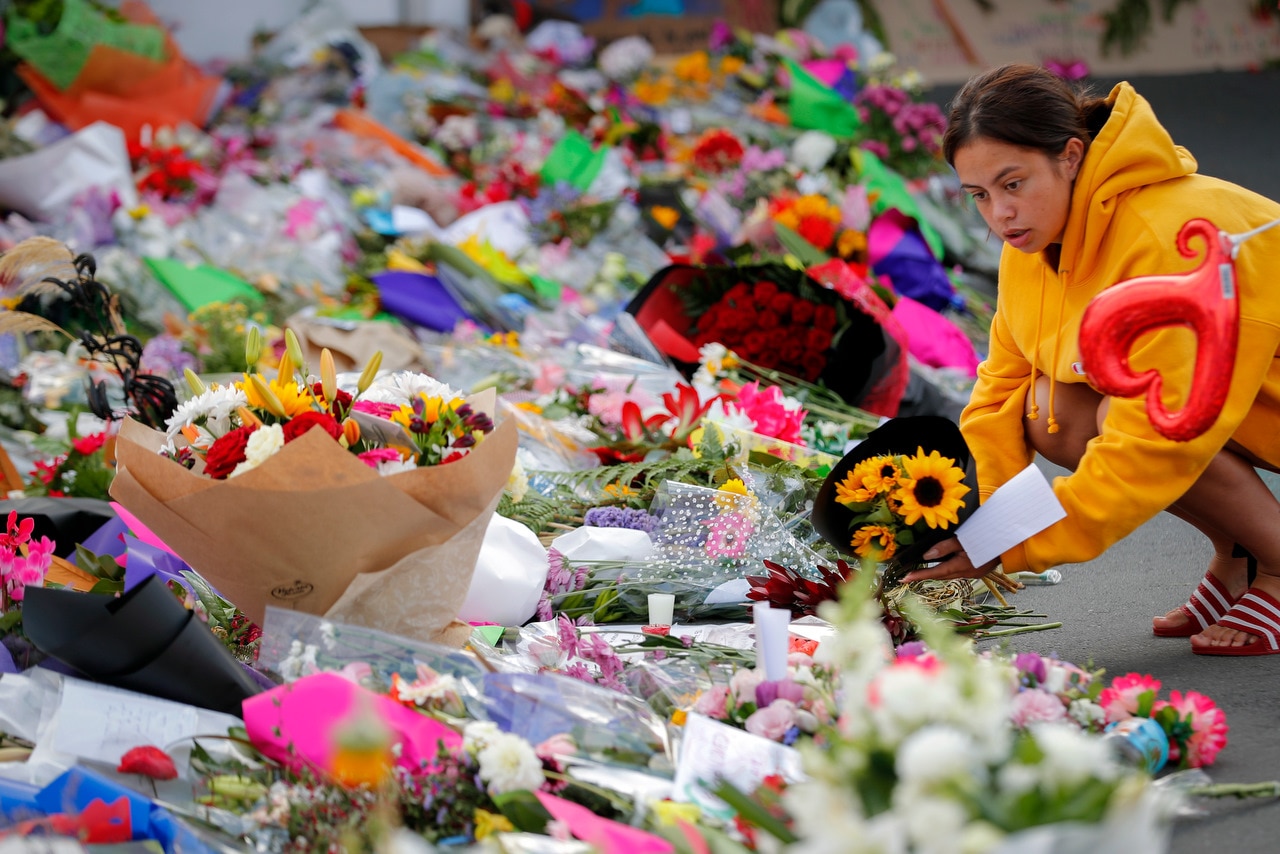 Kirsty Wilkinson joined the throng at Hagley Park along with two female friends, all in make-shift hijabs.

"I personally am doing this to knock down my walls of personal oblivion to the terror Muslim people feel every day, worrying about their safety," Wilkinson told AFP before the prayers began.

"I can take my scarf off if I feel afraid. They cannot."

The front page of a daily paper in #Christchurch today. Powerful. @SBSNews pic.twitter.com/mW6gfnHcfq

"The message I want to send is that hate cannot win. We are all just people. What happened is not ok."

The gunman killed 50 men, women and children -- the victims aged between three and 77 years old -- and left dozens injured in an attack that he live-streamed, sparking global revulsion.

The sombre ceremonies came a day after Ardern announced an immediate ban on assault rifles and military-style semi-automatic weapons, making good on a pledge to rid the country of the kinds of weapons used in the slaughter.

The move triggered renewed calls from leading American politicians for a similar response in the United States, which has suffered a stream of firearm massacres but left gun reform untouched.

Police and tradesmen had been working intensively in the hope of repairing the mosque's bullet-scarred and blood-spattered interior ahead of afternoon prayers.

But authorities late Thursday announced prayers would be held in the park.

The national mourning and moment of silence were broadcast on television networks, radio and across multiple local media websites.

"We are so happy that this prayer will be broadcast to the entire world so that everyone can be part of it," Mustafa Farouk, president of the Federation of Islamic Associations of New Zealand, said in a statement announcing the prayer session.

Earlier, Australian boxer Anthony Mundine greeted community leaders at the park after earlier visiting some of the injured in hospital. Turkish President Tayyip Erdogan on Friday said the reaction and empathy shown by New Zealand Prime Minister Jacinda Ardern following the attack in two mosques in Christchurch should be an example to world leaders.

In a speech during the meeting of the Organisation of Islamic Cooperation, Erdogan also thanked the people and authorities of New Zealand for their sensitivity and determination against the attack.

New Zealand's foreign minister arrived in Turkey early Friday for what he called "substantial" talks after comments made by Erdogan over the killing of 50 people at the mosques sparked a diplomatic spat between the nations.