Hundreds of Australians have been stranded on cruise ships overseas as countries fear passengers may exacerbate the coronavirus pandemic.

Some 600 Australians are still stuck offshore on ten cruise ships with countries hesitant to allow them to dock.

But as these travellers plead for their safe return - Australian states are also hardening their stance on the vessels.

New South Wales and Western Australia have themselves ordered foreign cruise ships to leave their ports.

“Every single case is different and we are handling them one at a time but also conscious of what we need to do to protect Australians.” The cruise ship the Ruby Princess sits of coast of Sydney.
AAP

Marise Payne says the government is working with foreign authorities to help those stuck on cruise ships abroad.

However, the Department of Foreign Affairs faces a difficult challenge in securing a safe and secure return for the passengers as nations heighten their quarantine restrictions.

Ninty Australians are currently aboard the Greg Mortimer, 134 on the Ocean Atlantic, 60 on the Zaandam and 72 on the Rotterdam.

“There’s no denying that it is a very difficult situation,” Senator Payne said.

Relief for some, more waiting for others

Around 130 passengers aboard the Ocean Atlantic off Uruguay were slated to disembark for a special charter flight to Sydney on Wednesday (local time).

But for those aboard the Greg Mortimer, also off the South American country’s waters, there has been no such reprieve. Passengers onboard the vessel have been told they will not be allowed to get off the boat until all travellers have gone 14 days without fever.

The vessel has not been allowed to dock by local authorities after conducting a trip to the Antarctic.

Senator Payne has confirmed however that a man in his late 60s has been taken to shore to go into isolation.

Zaandam and Rotterdam told not to ‘dump’ sick passengers

The Zaandam and Rotterdam cruise ships, which are heading to Florida with a substantial number of Australians onboard, also face an uncertain future.

Authorities in the US state have said they won’t allow passengers with COVID-19 to be “dumped” in their communities. US President Donald Trump has since urged Florida officials to open an Atlantic Coast port to the cruise ships.

He said passengers were “dying on the ship” adding "I'm going to do what's right, not only for us but for humanity."

DFAT working to secure the safe return of passengers

The Zaandam has sat off the Pacific coast of Central America since it revealed passengers had been infected with coronavirus - with four deaths.

Nearly two-thirds of those aboard were transferred to sister ship the Rotterdam before heading to Florida. Senator Payne said authorities were working with foreign officials to allow Australians aboard these vessels to disembark and take flights home.

“The complexities of different countries' rules and requirements is something we are managing literally on an hourly basis,” she said.

The Australian government announced its own 30-day ban on the arrival of cruise ships on 15 March.

States across the country have found themselves grappling with the risks the vessels pose, with a series of operators pleading for safe harbour.

The Ruby Princess has stood as a stern warning after at least 440 coronavirus cases that were introduced to Australia were linked back to the vessel.

Some 2,700 passengers were allowed to disembark from the cruise ship docked in Sydney Harbour - leading to a surge in infections. 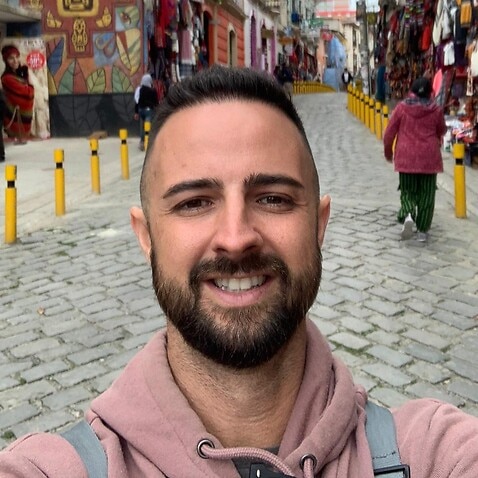 NSW Police Commissioner Mick Fuller also confirmed there are nine cruise ships docked in the state or waiting off the coast - now facing orders to leave as soon as possible.

"All the hard work we've done could be over," Mr Fuller said.

"We will continue to allow them to have fuel and food...but it is time to go to your port of origin."

In Western Australia, a German cruise ship where scores of people became infected has also refused to leave port in Fremantle.

The Artania has been told by the Australian Border Force to depart but its crew say they want to remain in WA for another fortnight.

Seven people from the Artania have been transported into intensive care units at Perth hospitals.

Dozens of other stable patients from the vessel are receiving treatment, although some 850 passengers have already been flown home.

The state's Premier Mark McGowan said he wants the ship to leave immediately with concerns it could be harbouring more coronavirus cases.