In a week where opinion polls suggest both Hillary Clinton and Donald Trump are leading the race to become the next US president, experts in American politics give their take on possible reasons behind the fluctuation.

As the race for the White House nears its end, various independent opinion polls have suggested that both candidates have a sniff of winning the US presidency when voting booths officially open on November 8.

A Thursday poll via Reuters/Ipsos indicated that Clinton leads Trump by six points, which came a day after a poll by ABC News/Washington Post had Trump leading by one point.

US affairs lecturer at Melbourne University, Emma Shortis, said knowing the exact reason behind such a fluctuation was "very hard".

"Four years ago we had polls saying that Obama was going to lose the election, and he didn’t."

She suggested that undecided voters swinging back and forth may be to blame.

"It could be as simple as the nature of the poling and how it's conducted. But I do believe that a measure of undecided voters swinging towards one candidate or the other may be causing it," she told SBS.

"Things (in the race) are changing so quickly and I feel that the dramatic revelations that we just keep seeing are having an effect on the campaign."

Ms Shortis said that a factor over the past six months has been traditional Republican voters wavering in their support for their party. Despite holding weight with the US electorate, single opinion polls are not necessarily the best way to predict a race leader, according to Associate Professor Brendon O'Connor from the US Studies Centre at Sydney University.

He suggested looking at an average of figures, accumulated from several polls, as a more accurate indicator.

"Don’t ever get too wound up with one poll. Look at the RealClearPolitics poll averaging, look at Nate Silver’s poll average. That’s what you need to look at." US votes: How did Clinton and Trump get to this point?

"If there are 22 polls in a relevant period of time, and one says Trump is going to win, and the other 21 say Hillary Clinton’s going to win – why would you focus on the one poll? 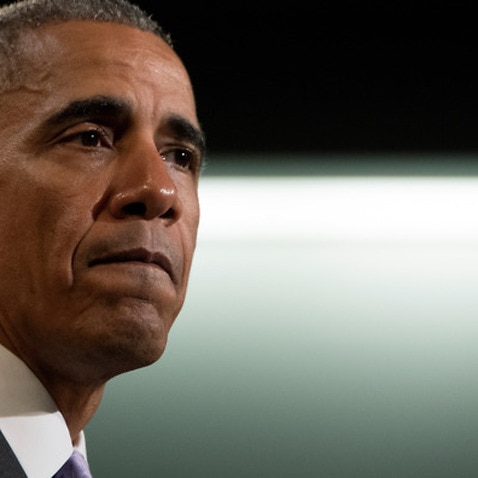 FBI email probe should not 'operate on innuendo': Obama

Prof O' Connor said such a close race in pre-election polling was not exclusive to the current race, pointing to the fluctuating figures that appeared before the 2004 and 2012 US elections.

"With Gore and Bush in 2000, the polls were all over the place and there were very different predictions. Even with Barack Obama (in 2012), there were a number of polls that said that (Mitt) Romney would win all year long," he said. A poll by Monmouth University during that period saw Clinton open up a 12-point lead.

But the tide began to turn as polls taken in November suggested Trump had gained on Clinton following the FBI's announcement that it would investigate her use of a private email server.

Despite this "totally credible" late surge by Trump, Prof O'Connor said Clinton remained the firm favourite due to the demographic breakdown of the US.

"Trump is going to get a lot of votes from white men and elderly whites," he said.

"But, there’s enough women, young people, blacks, Hispanics to stop Trump from getting the presidency. He has alienated too many different groups that the Republicans need (to win).

"In this tightening race, the enthusiasm for both candidates is fairly low." Democrat analyst out at CNN over debate question leaks to Clinton The Clinton emails: What we know