Already unpopular at home, President Peña Nieto is stuck between a rock and a hard place.

The first week of US President Donald Trump’s administration has sent political shockwaves around the world, and perhaps nowhere more so than within the country’s southern neighbor, Mexico.

A week which started out with a stoush over inauguration crowd sizes has ended with the cancellation of a planned meeting between Donald Trump and Mexican President Enrique Peña Nieto.

The Mexican president initially fired back with a statement that the 50 Mexican consulates in the US would become defenders of migrant’s rights – then, on Friday, he cancelled his first official meeting with the newly inaugurated president.

Translation: This morning we have informed the White House that I will not attend the meeting scheduled for next Tuesday with the @POTUS

The move from President Peña Nieto comes after months of growing political pressure over Trump – and that appears to have ruptured just days into the US President’s term.

“There has always been a simmering anti-Gringo sentiment in Mexico, but now it is boiling to the surface,” one journalist in Mexico told SBS.

“Something is going to give soon unless Trump and Peña Nieto can come to an amiable agreement.

“Even those few Mexicans who had favoured him as a candidate over Hillary Clinton are now angry and feel that they are being victimised.” Mexican newspapers report on their front pages the victory of the Republican Candidate, Donald Trump during the US elections in Mexico City, Mexico.
Photo by Hector Vivas/LatinContent/Getty Images

Initial moves by the Trump administration have only reinforced widespread resentment.

President Trump this week said his actions on the border will save “thousands of lives, millions of jobs and billions of dollars”  - as a candidate he held a press conference with the families of victims who had been murdered by immigrants.

“Most Mexicans feel insulted that he is scapegoating Mexicans and Mexican American immigrants – that he has blamed them for US problems,” said Kevin Terraciano, director of the Latin American Institute at UCLA.

That popular sentiment has led to immense political pressure for the Mexican president, who is already deeply unpopular with the electorate.

“He’s put in a situation where people are pushing him to stand up to Trump, they want to send a message that Mexico is not going to be bullied into paying for the wall,” Terraciano told SBS.

“But at the same time, Nieto feels that he will need to negotiate with this man, and to defend Mexico’s interests by meeting with him.”

“It’s a very tense moment now – there is a great deal of popular discontent.” A pinata representing US President Donald Trump is broken during a protest against the US Embassy compound in Mexico City, on January 20, 2017.
YURI CORTEZ/AFP/Getty Images

As Trump has ascended politically, the Mexican peso has crashed to record lows.

More than a third of the Mexican economy is made up of exports, and 80 per cent of those exports are to the United States.

President Trump’s loose talk of a 20 per cent trade tariff has scared farmers and others reliant on exports, with calls for President Peña Nieto to defend the country against economic bullying.

Economists say the threatened trade war would be a disaster for both economies – but with more than a quarter of Mexico’s GDP riding on the back of US trade, it has the potential to be devastating for the country. 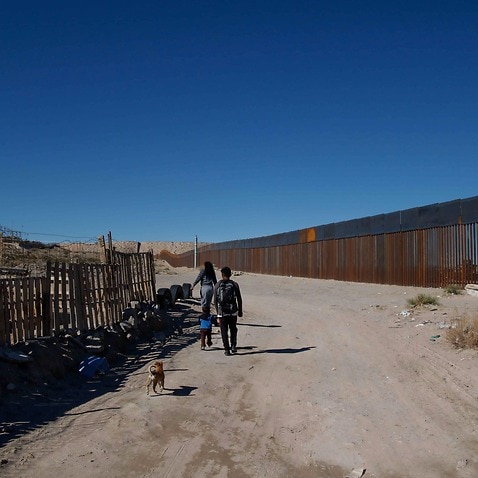 Trade, drugs and immigration have always been rocky issues between the two neighbours, but tensions haven’t been this high for decades.

Mr Trump’s approach has been a rude shock after eight years of more a more cooperative, collaborative approach from the Obama administration.

“The way that he’s begun his term in such belligerent terms – insisting that he will build this great big wall along the Mexican border, and that Mexico will pay for it – is reminiscent of the image of old Uncle Sam bullying his Latin American neighbours to get what it wants,” Terraciano said.

To many Spanish speakers, Mr Trump’s catchcry of ‘Make America Great Again’ evokes a still-raw period of US interventionism in Latin America.

But while the current Mexican president is stuck between a rock and a hard place – balancing calls for boycotts with the need to avoid a trade war with the country’s bellicose northern neighbour – a former President, Vincete Fox, is battling President Trump on his trademark communication medium.

On Twitter, Mr Fox has branded the wall as a racist 'ego monument'.

@realDonaldTrump's ego monument real cost is around 25 billion USD. I ask you, America, what would you prefer instead of that #FuckingWall?

After just one week, it remains to be seen whether Mexico-US relations settle down during the Trump presidency.

With Mexican elections due in 2018 - halfway through Mr Trump's term - the politicisation of the relationship looks only set to increase. 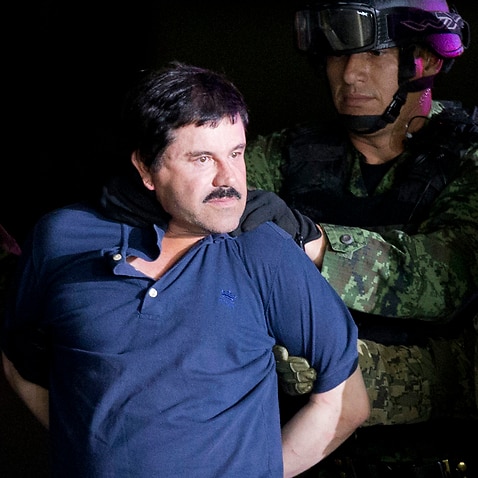 Without irony, Trump slams Manning for saying Obama was 'weak' 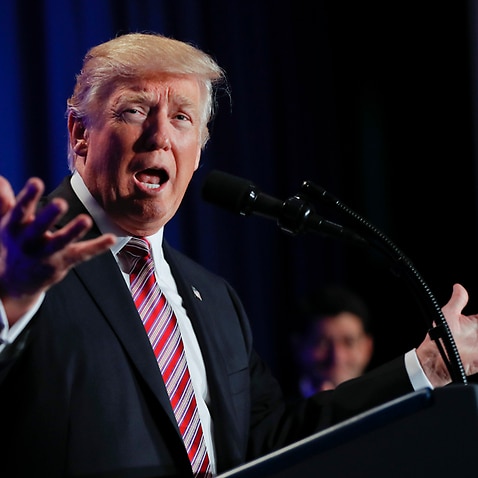