A vigil for Aiia Maasarwe was held during the day at Melbourne's La Trobe University because student organisers say they are now "too scared" to be there at night.

As hundreds of students stood in silence reflecting on the loss of one of their peers, a cup of fresh coffee sat untouched among flowers and candles, next to a portrait of 21-year-old international student Aiia Maasarwe.

According to Adiba Khan, it was placed there because, like most students, Ms Maasarwe loved coffee.

The student-organised vigil at La Trobe University saw about two hundred students and teachers gather at the campus after the university shut down for the duration. 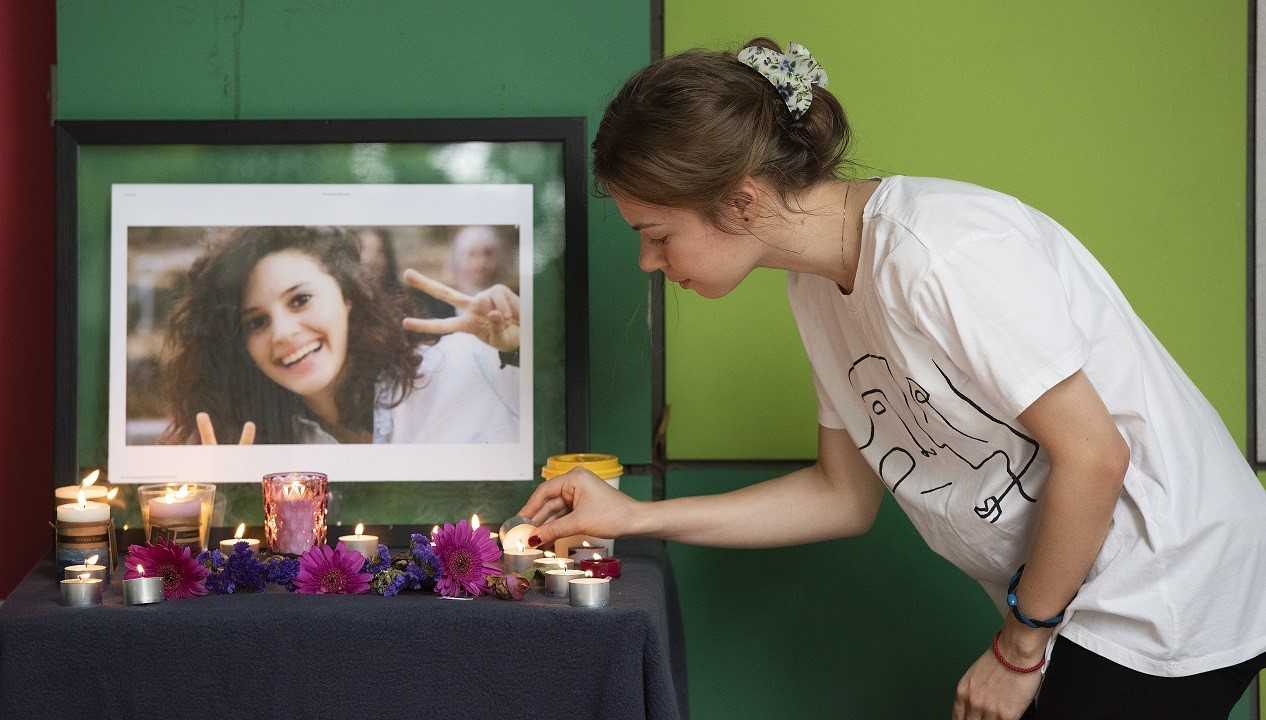 A student lights a candle at the vigil for international student Aiia Maasarwe.
AAP
La Trobe University Vice-chancellor John Dewar addressed the emotional crowds, announcing that security for students would be ramped up.

"I am absolutely determined that the La Trobe community will do everything in our power to ensure that this never happens again," Professor Dewar said. 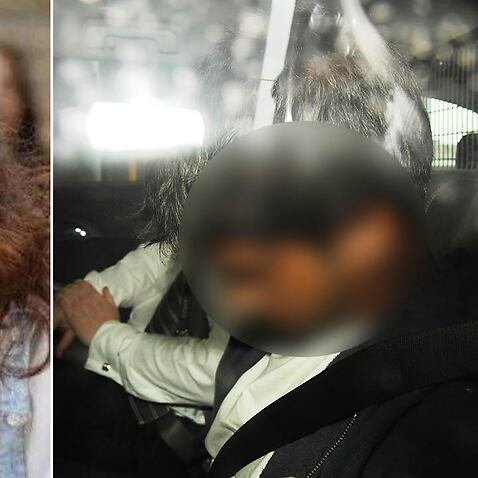 "Women must be able to feel safe, to walk in this city after dark and we will do everything we can to ensure that that happens, that is my promise to you."

Ms Khan, 23, helped organise the vigil and gave an impromptu speech, in the place of Ms Maasarwe's friends who she said were "too broken" to talk. 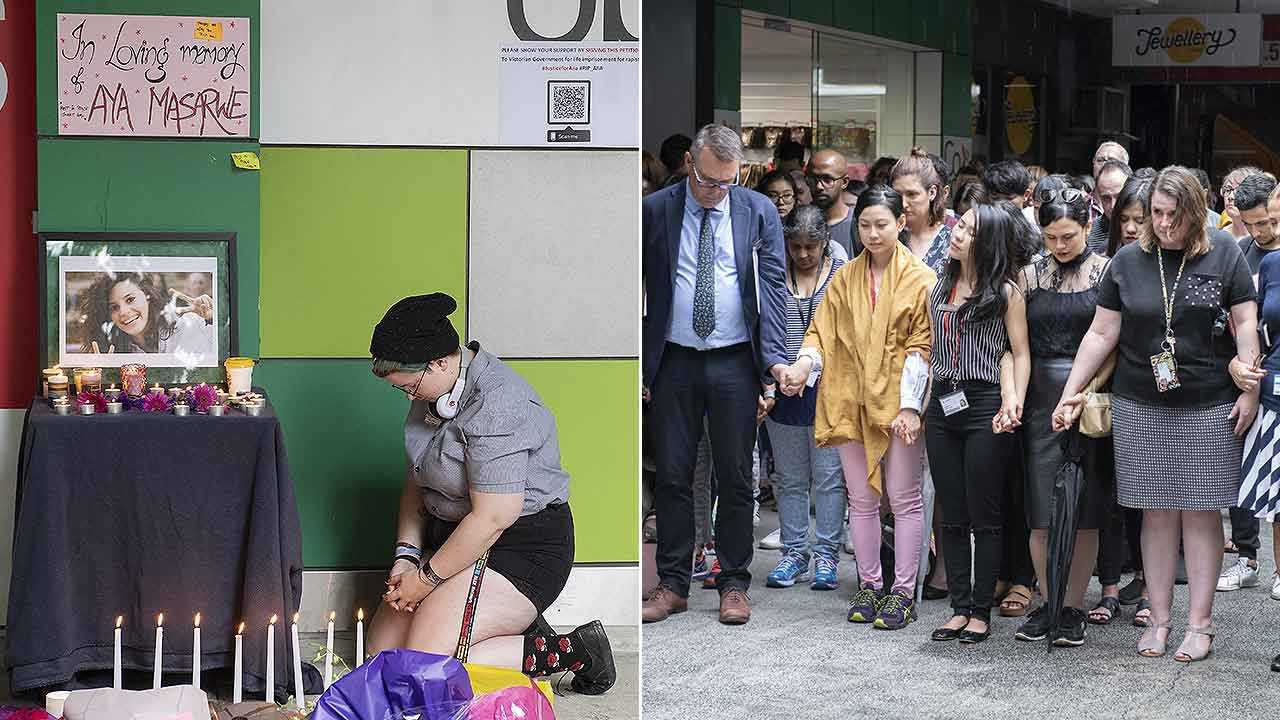 Students and teachers gathered at La Trobe University today to remember 21-year-old student Aiia Maasarwe.
AAP
"I just spoke whatever came to mind, I was shaking and broke down in the end," she told SBS News.

After she broke down, she said she could hear the crowd burst into tears.

Another organiser and fellow student Holly Taylor, 23, told SBS News they chose to hold the vigil during the day because they were "too scared" to be there during the evening.

"We all held hands for a bit, and bowed our heads in silence... it was really morbid, actually," she said.

"That many people standing there in silence just thinking about what had happened. It's mindblowing."

After the crowds had dispersed, Ms Maasarwe's father stopped by the memorial, as police arrested a man in connection with her death.

While avoiding media, his attendance was confirmed by university officials.

Fellow student Ashleigh Brandse said she was attacked at the same tram stop in 2016 in an unprovoked attack by a random woman in broad daylight.

"What happened to me was nowhere near as bad, of course, but I just feel like if more was done about these little things that these bigger incidences could be prevented... there needs to be cameras at tram stops and bus stops," the 21-year-old told reporters.

She has not caught public transport since her attack.

Today's vigil is one of several events planned to honour Ms Maasarwe, a Palestinian Arab of Israeli citizenship.

At 6pm tonight, hundreds of people dressed in black are expected to gather on the steps of Victorian parliament to silently protest "epidemic violence against women". 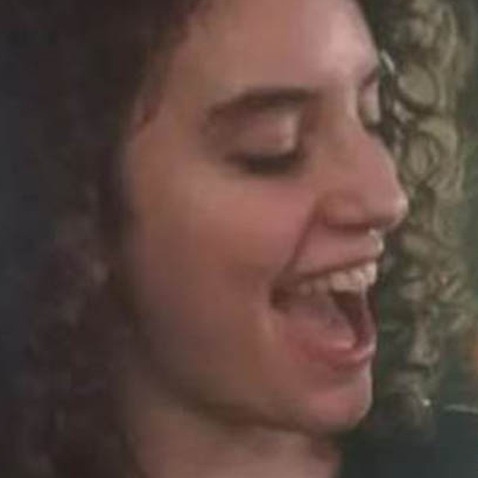 After the vigil, mourners will pack the 86 tram with flowers, retracing Ms Maasarwe's last journey.

Co-organiser Jessamy Gleeson, who was also involved in organising the vigil for Eurydice Dixon last year, said she was "shattered and heartbroken" to be organising another event just six months later.

"Tonight, on the steps of parliament, Victorians will gather to remember Aiia Maasarwe. Positive. Fun. 'The kindest girl.' A 21-year-old just making her way in the world, with her whole life ahead of her. A student on her way home after a comedy show with friends," Premier Daniel Andrews tweeted on Friday.

"Victorians are united in sadness. In anger that this bright young woman's life was taken from her."

Earlier on Friday, police confirmed they have arrested a 20-year-old man in connection with Ms Maasarwe's death and he is being questioned by detectives.