The 2020 AFL season has been suspended, and 2020 AFLW season abandoned, due to the coronavirus outbreak.

The 2020 AFL premiership season has been shut down in response to new coronavirus measures put in place by federal and state governments.

Round one was only given the green light 24 hours before Thursday's season opener, and league chief executive Gillon McLachlan announced on Sunday the competition would pause until 31 May.

The AFLW season has been abandoned ahead of the preliminary finals and no premier will be named after Prime Minister Scott Morrison's call for people to cancel all non-essential travel within Australia.

"The AFL industry is facing its biggest financial crisis in our history, but our key priority is to do everything possible to keep players, staff and supporters healthy and well through this pandemic," McLachlan said.

"To say that this is the most serious threat to our game in 100 years is an understatement.

"It is unprecedented in the impact it is having on our game and our wider community. 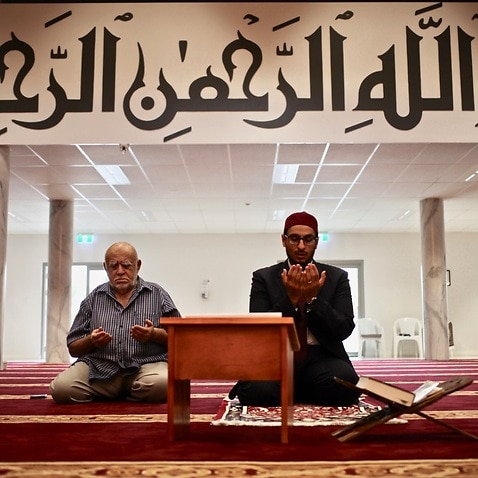 Inside Australia's decision to close hundreds of its mosques

"And as a community and as a code, we all need to take the unprecedented and required actions to get through this together."

The league will take the advice of governments and medical experts before deciding if it will be able to resume the season at the end of May.

In addition to the measures announced by the prime minister, the premiers of Victoria, South Australia and Western Australia also announced new restrictions on Sunday.

From Tuesday, Victoria will shut down non-essential services while any visitors to SA and WA will be subjected to a 14-day self-isolation period.

Sunday's developments came after it emerged on Saturday that a Collingwood employee had tested positive for COVID-19.