Claims made by a mother in a new ad urging a 'no' vote on gay marriage that her son was permitted to wear a dress to school have been disputed by the school’s principal.

Cella White features in the video advertisement urging Australians to vote 'no' on same-sex marriage in the upcoming national marriage survey.

“The school told my son he could wear a dress next year if he felt like it,” she says in the short clip. “We followed that up with classroom teachers of the boy – never has that been said by anyone,” Mr Albiston told SBS World News.

Mr Albiston said Ms White did not raise any concerns with the school about the claim and that Ms White has made the allegation previously.

“If it had happened at the school you would have thought she would have rung – why didn’t she raise it as a concern with us,” he said.

“What she is claiming is really untrue.”

However, the Coalition For Marriage, the group behind the ad, told SBS World News it has confirmed the message was relayed to students.

"Kids at the school were told they could wear the uniform of their choice," a spokeswoman said.

Ms White pulled her son out of the school on concerns about its affiliations with the Safe Schools program.

She appeared in an anti-Safe Schools video last year making similiar claims - that her son told her cross dressing had been sanctioned in a science class.

She claimed the note from a 'role monitor' read: 'You can wear the uniform of your choice'.

The ad does not go into the arguments around legalising same-sex marriage but focuses on the perceived repercussions of changing marriage laws, mainly, teachings of gender fluidity in schools.

The advertisement features three mothers who share their concerns about how change to marriage laws would affect school children.

"Kids in Year 7 are being asked to role play being in a same-sex relationship," another mother says in the video.

The Coalition for Marriage alleges parents in countries with gay marriage have "lost the right to take their kids out of classes" that teach gender fluidity.

But federal Education Minister Simon Birmingham has criticised suggestions that legalising gay marriage could lead to changes in classroom teachings.

“It is patently ridiculous to suggest that allowing same-sex couples to marry is somehow going to see some new wave of teaching reforms sweep across the country,” he said.

“That's just not going to happen. You know this is a simple issue and it should not be conflated with other issues.”

The Coalition for Marriage spokeswoman argued it's legitimate to raise concerns around the Safe School program in the debate around legalising gay marriage.

"These mums are concerned. This conversation is part and parcel with the change in the marriage law," the spokeswoman said.

Government frontbencher Zed Seselja said the mothers were simply concerned about the knock-on effects of gay marriage being legalised.

He cited examples including in Canada and the UK where there were “consequences”.

“These mothers are clearly putting the case that, you know, their ability to object to fairly radical sex education in schools and the like, will be much harder if you redefine marriage in the Marriage Act,” Senator Seselja said.

"Let's hear the rebuttal. Let's hear about why those many, many cases that have been cited from overseas aren't real or won't occur here in Australia and let's get those assurances.”

“This is not freedom of speech. This is freedom to hurt,” he said. 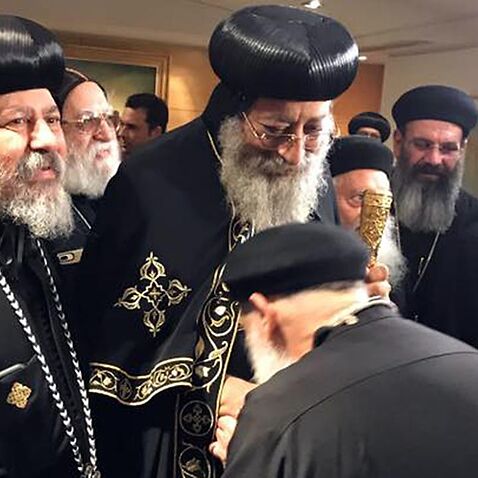 Advocates of same-sex marriage have slammed the advertisement, describing it "dishonest", and saying that it aims to divide Australians on the issue.

“The people behind this ad know that Australians believe everyone should have the same opportunity to marry, so they are deliberately resorting to misleading people,” Tiernan Brady, The Equality Campaign's executive director said.

"Sadly, the Australian people will now hear a daily dose of red herrings and dishonesty served up by a huge bucket of cash.

"We would remind those behind this ad and all who engage in this national conversation that words can inflict real damage to people.”