The US government put 271 Syrian chemists and other officials on its financial blacklist Monday, punishing them for their presumed role in the deadly chemical weapons attack on a rebel-held town in early April.

In one of its largest-ever sanctions announcements, the Treasury Department took aim at the Syrian Scientific Studies and Research Center (SSRC), which it said was responsible for developing the alleged sarin gas weapon used in the April 4 attack.

The attack left 87 dead, including many children, in the town of Khan Sheikhun, provoking outrage in the West, which accused Syrian President Bashar al-Assad of being responsible.

The sanctions will freeze all assets in the United States belonging to the 271 individuals on the blacklist, and block any American person or business from dealing with them. According to the Nuclear Threat Initiative, a Washington-based think tank, the SSRC is Syria's leading scientific reasearch center, with close links to the country's military.

The center was the subject of two earlier sanctions declarations, in 2005 and 2007, due to its alleged role in developing weapons of mass destruction.

The Treasury asserted in a statement Monday that the SSRC is behind the Syrian government's efforts to develop chemical weapons and the means to deliver them.

The 271 either have scientific expertise for the program or have been involved in it since 2012, the statement said.

"These sanctions are intended to hold the Assad regime and those who support it -– directly or indirectly –- accountable for the regime's blatant violations of the Chemical Weapons Convention and UN Security Council Resolution 2118," he said.

Assad has said the attack was a "fabrication" by the West. 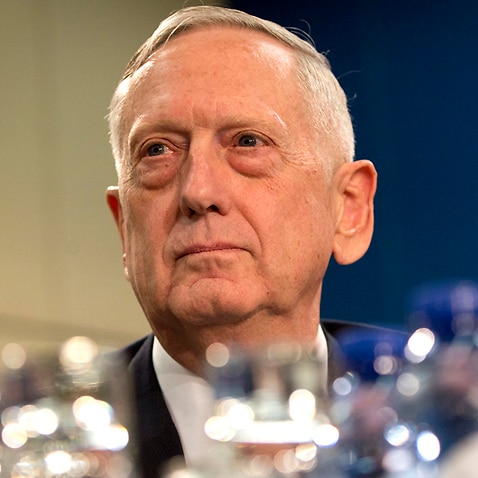 But the US military quickly responded on April 7, firing 59 Tomahawk cruise missiles at a Syrian airfield to punish the government and send a warning against any further chemical weapons attacks.

An effort at the United Nations to add pressure on Damascus failed, however, when Assad's close ally Russia vetoed a Security Council resolution on April 12 demanding the Syrian government cooperate with an investigation of the attack.

British Foreign Secretary Boris Johnson welcomed the US sanctions, saying they send a warning to those who would use chemical weapons.

"The abhorrent attack on Khan Sheikhun is a stark reminder that the international community must work together to deter the future use of chemical weapons in any circumstances," he said in a statement.

"We will continue our efforts to hold accountable those responsible for chemical attacks, including through the UN and EU, and to energize international support for the UN-led political process," he said.

"Only a political settlement will bring an end to the war in Syria."