Americans are being warned against travelling over Thanksgiving as the pace of new coronavirus infections in the US is accelerating. 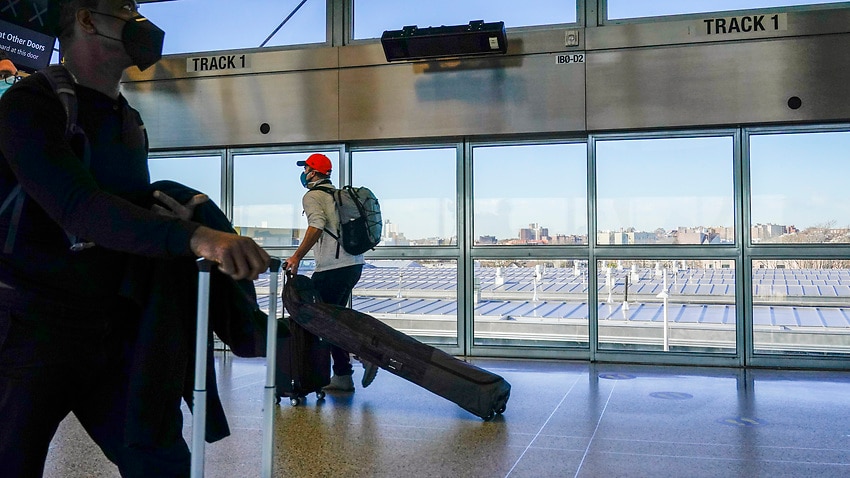 The number of COVID-19 cases in the United States surpassed 12 million on Sunday, according to the Johns Hopkins University real-time tracker, just days ahead of the Thanksgiving holiday that health experts have warned could fuel the surging spread of infection around the country.

The milestone marks a worsening of the country’s COVID-19 epidemic, which has claimed a quarter of a million lives in the United States, more than in any other nation, and has prompted more than 20 states to impose sweeping new restrictions this month to try to curb the virus.

Health officials have warned that the wave of infections could soon overwhelm the healthcare system if people do not follow public health guidance, particularly around not traveling and mingling with other households for the traditional Thanksgiving celebration on Thursday.

The US Centers for Disease Control issued a “strong recommendation” to Americans this week to refrain from travelling over Thanksgiving.

Many Americans appeared to defy that guidance in the days leading up the holiday. On Friday, video footage on Twitter showed more than a hundred people, wearing masks, crowding departure gates at Sky Harbor airport in Phoenix, Arizona.

New #coronavirus cases will SKYROCKET in December, followed by hospitalizations, then deaths.#COVID19
pic.twitter.com/QqYY2h7yz4

The number of people in the United States traveling by air for Thanksgiving was expected to decline by 47.5 per cent from 2019, while the number traveling by car was only expected to fall by about 4 per cent, according to a report released earlier this month by the American Automobile Association.

“For those who are considering making a trip, the majority will go by car, which provides the flexibility to modify holiday travel plans up until the day of departure,” AAA senior vice president Paula Twidale said in a statement.

As the United States set a new record for COVID-19 cases on Friday - 196,815 infections in a day - Pfizer said it would seek emergency-use authorisation of its vaccine from US regulators, the first such application.

At a press briefing on Friday, the nation’s top infectious disease expert Anthony Fauci likened Pfizer’s vaccine and others like it to “cavalry” coming to the country’s aid, and he said Americans should meanwhile continue to follow measures such as social distancing and the use of face masks.

“If you’re fighting a battle and the cavalry is on the way, you don’t stop shooting. You keep going until the cavalry gets here,” Dr Fauci said.