The US government has relaxed restrictions on blood donations from gay men because of a drop in the nation’s blood supply triggered by the coronavirus pandemic.

The United States on Thursday relaxed its policy on gay and bisexual men only donating blood after a one year period of celibacy due to rising concerns about blood supplies during the coronavirus crisis.

The Food and Drug Administration (FDA), a federal agency of the United States Department of Health and Human Services, said it was reducing a 12-month waiting period on men who have had sex with men to three months.

The move came after a long-running campaign on blood donations by LGBT+ rights groups and some US lawmakers seeking parity with the policy on heterosexual men and women for whom there is no required period of abstinence. 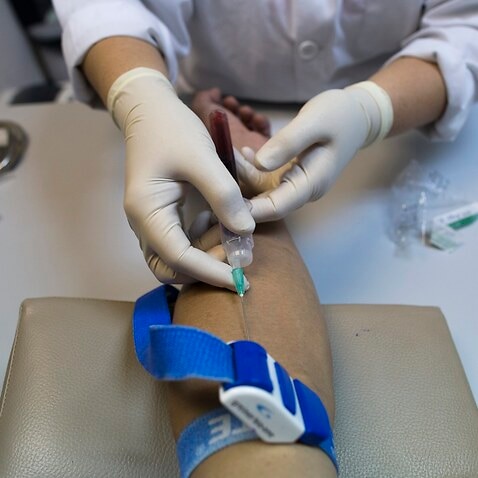 Migrant men with HIV missing out on treatment and support

LGBT+ advocacy group GLAAD welcomed the FDA’s decision, but said it will continue to push for the waiting period to be lifted completely.

“LGBTQ Americans can hold their heads up today and know that our voices will always triumph over discrimination,” GLAAD president Sarah Ellis said in a statement.

“We will keep fighting until the deferral period is lifted and gay and bi men, and all LGBTQ people, are treated equal to others.”

Rules on blood donations by gay men around the world differ, with abstinence periods introduced in order to reduce the risk of transmitting HIV, the virus that causes AIDS.

Britain and Canada require gay and bisexual men to abstain from sex for three months before donating. Germany and Austria have 12-month deferral periods, while the waiting period is five years in Taiwan.

Singapore and Greece are among the countries that prohibit all men who have same-sex sexual relations from donating blood. The United States imposed a total ban on gay men donating blood in 1985 at the height of the HIV/AIDS epidemic but this was dropped in 2015 with a 12 month waiting period introduced.

But the FDA has faced pressure in recent weeks from US politicians, including Representative Alexandria Ocasio-Cortez and former presidential candidate Senator Elizabeth Warren, who called the restrictions “stigmatising” and “discriminatory.”

Last month the FDA said the number of blood donations had been “dramatically reduced” as the coronavirus outbreak led to social distancing and the cancellation of blood drives.

The FDA said the new recommendations would remain in place after the pandemic ended.

“Maintaining an adequate blood supply is vital to public health,” the FDA said.

As disability services adapt to the coronavirus pandemic, calls are coming to keep the changes in place