Video from the annual US Army-Navy academies' football game is being scrutinised to see if students flashed a "white power" sign.

US military officials said they are investigating an incident where army and navy students used hand signs that can signal white power during a television broadcast.

The symbol was shown by two West Point cadets and a Naval Academy midshipman during festivities televised live by ESPN Saturday before a football game in Philadelphia between the army and navy.

The gesture resembles the "okay" sign, with the thumb and forefinger touching to form a circle and the remaining three fingers splayed, pointing upwards.

It has only recently become a white supremacist symbol, and was adopted partly because of its ambiguity, according to the Anti-Defamation League. 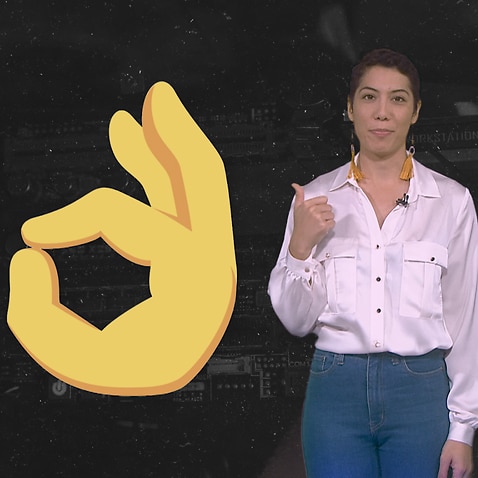 The 'OK' hand gesture is now a hate symbol, but it's also a crucial part of sign languages

Military officials told the Wall Street Journal the motive behind the hand gestures is being investigated.

"We’re looking into it," said West Point spokesman Lieutenant-Colonel Chris Ophardt. "I don’t know what their intention is." "We are aware and will be looking into it," said Commander Alana Garas, spokeswoman for the Annapolis naval academy.

US Coast Guard leaders last year reprimanded an officer who used a similar hand sign during a television broadcast.

6 hours ago My Australia