The US has registered 20,007,149 COVID-19 cases and 346,408 deaths, according to Johns Hopkins University, making it the country with the highest official number of cases and the highest death toll. 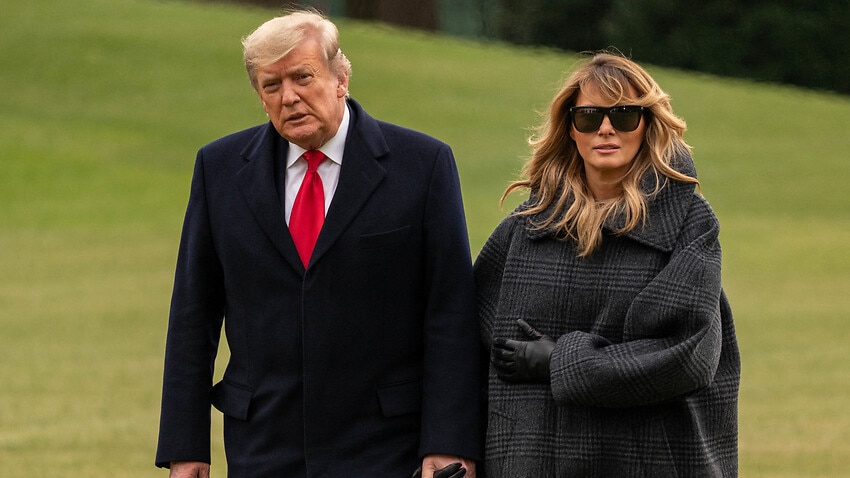 US President Donald Trump and First Lady Melania Trump return from their Florida vacation early at the South Lawn of the White House on 31 December. Source: AAP

The United States has recorded more than 20 million cases of COVID-19, Johns Hopkins University said Friday in its real-time tally, as the New Year brought another grim milestone underlining the country's struggle to quell the virus.

The US has so far registered 20,007,149 cases and 346,408 deaths in the pandemic, the Baltimore-based university said, making it the country with by far the highest official number of cases and the highest death toll.

On Wednesday alone, more than 3,900 people died of COVID-19 in the US, a new daily record, and experts believe the worst is yet to come as health care workers brace for a surge in cases and deaths after holiday gatherings.

More than 125,000 people are currently hospitalised with coronavirus - another record - according to the COVID Tracking Project.

The country has begun a mass campaign of vaccinations and nearly 2.8 million people have already received their first jabs, a figure well behind the 20 million inoculations that the administration of President Donald Trump promised by the end of the year.

More than 12 million doses have been distributed nationwide, according to the Centers for Disease Control and Prevention, but efforts to vaccinate health workers and vulnerable people have been hampered by logistical problems and overstretched hospitals and clinics.

President-elect Joe Biden, who takes office on 20 January, has criticised the troubled vaccine rollout, and this week confirmed that he would invoke the Korean War-era Defense Production Act to force private industry to step up production for the government.

He has implored Americans to wear masks to slow the spread of COVID-19 and said he would impose a mandate on face coverings in areas where the federal government has jurisdiction, such as airplanes.

Paying tribute to US health care workers on New Year's Eve, Mr Biden said "they stepped up and they are brave. They have done so much for us, and we owe them."

Under Mr Trump, US authorities have given often mixed messages on mask-wearing, social distancing and shutdowns, and the outgoing president has repeatedly downplayed the risks while cases have rocketed across the country.

US President-elect Joe Biden speaks about the COVID-19 crisis from the Queen Theatre in Wilmington, Delaware on Tuesday, 29 December. Source: AAP

In his New Year's Eve message, Mr Trump hailed the "medical miracle" of coronavirus inoculations, adding "our most vulnerable citizens are already receiving the vaccine, and millions of doses are quickly being shipped all across our country."