Protesters have pulled down the statue of Confederate General Albert Pike after nationwide rallies were held to mark the 155th anniversary of Juneteenth.

Protesters in Washington toppled a statue of a Confederate general, after nationwide rallies to demand racial justice on a day heavy with symbolism - the Juneteenth holiday commemorating the end of slavery in the United States.

Demonstrations were held in Atlanta, Chicago, Los Angeles, New York and Washington against a backdrop of weeks of protests fueled by the deaths of African Americans at the hands of police. 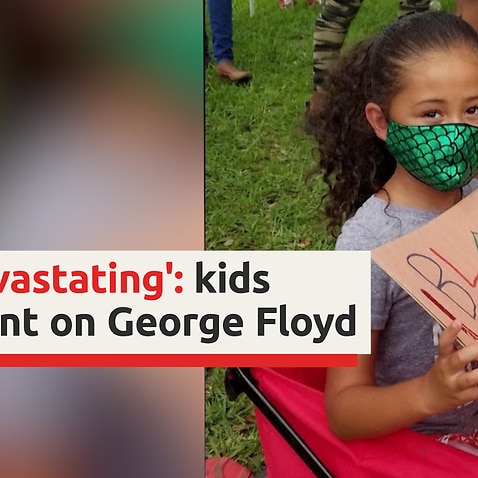 In a stark illustration of the tensions roiling the nation, President Donald Trump issued a solemn White House statement commemorating Juneteenth, while also threatening protesters on Twitter ahead of his controversial rally in Tulsa, Oklahoma on Saturday.

Juneteenth marks the day - June 19, 1865 - when a Union general arrived in Galveston, Texas and informed slaves that they were free - two months after the Civil War had ended and two-and-a-half years after president Abraham Lincoln had issued the Emancipation Proclamation.

The date is generally celebrated with prayer services and family gatherings, but comes this year amid a national soul-searching over America's legacy of racial injustice. 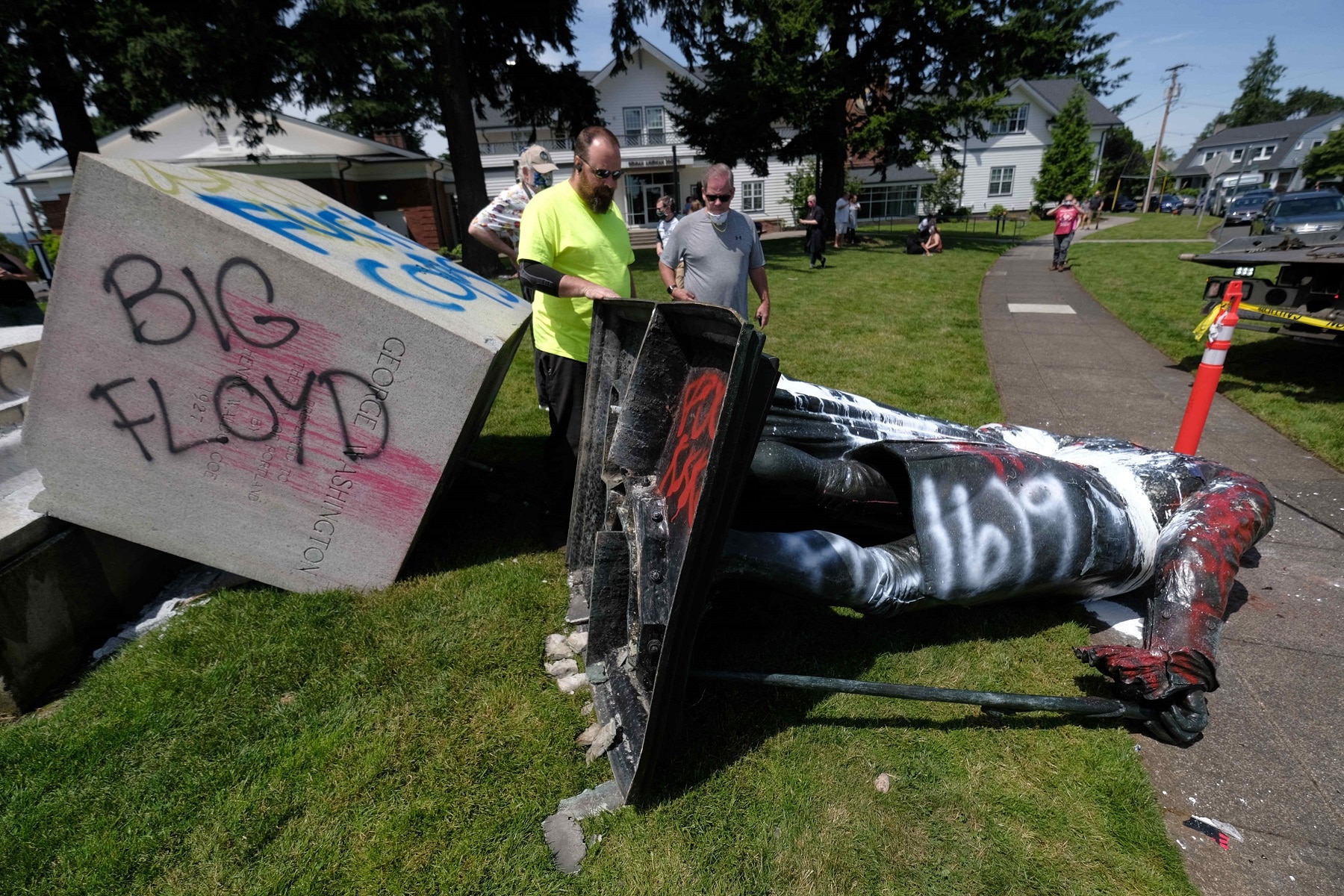 Workers work out how to haul away the George Washington statue in Portland Oregon after it was pulled down on 18 June 2020.
AAP

The United States has been gripped by daily "Black Lives Matter" protests since the May 25 death of George Floyd, a 46-year-old black man killed by a white police officer in Minnesota.

Late on Friday a statue of Confederate general Albert Pike was torn down by demonstrators in the capital and set on fire, in an act labeled a "disgrace" by Mr Trump.

"The D.C. police are not doing their job as they watch a statue be ripped down & burn. These people should be immediately arrested," Mr Trump tweeted. George Floyd's name is written on a car windshield as protester John Coy attends a protest near the White House.
AAP

"This year the entire country has had a reckoning," said protester Tabatha Bernard, 38, voicing support for growing calls for Juneteenth to be declared a national holiday.

"It's up to us to keep this going until we have change."

Protesters in Atlanta, where a police officer was charged with murder this week for shooting a black man in the back, marched on the Georgia State Capitol.

More gathered in Washington outside the Lincoln Memorial and near the White House, while thousands marched in Chicago and danced at festive rallies in South Los Angeles.

Democratic presidential candidate Joe Biden, who has a solid lead over Mr Trump in the latest polls, said Juneteenth reminded Americans "that our country is capable of the worst violence and injustice but it also has an incredible capacity to be reborn anew."

In Tulsa - where Mr Trump on Saturday is set to hold his first campaign rally since the coronavirus pandemic began - a Juneteenth celebration was attended by several thousand protesters.

"We've seen more unity and more blacks and whites together in the last three weeks than we've ever seen in a Trump rally," civil rights activist Al Sharpton told a press conference.

Mr Trump had originally scheduled his Tulsa appearance for Juneteenth, but was forced to change it amid a public outcry over his provocative choice of date and location. 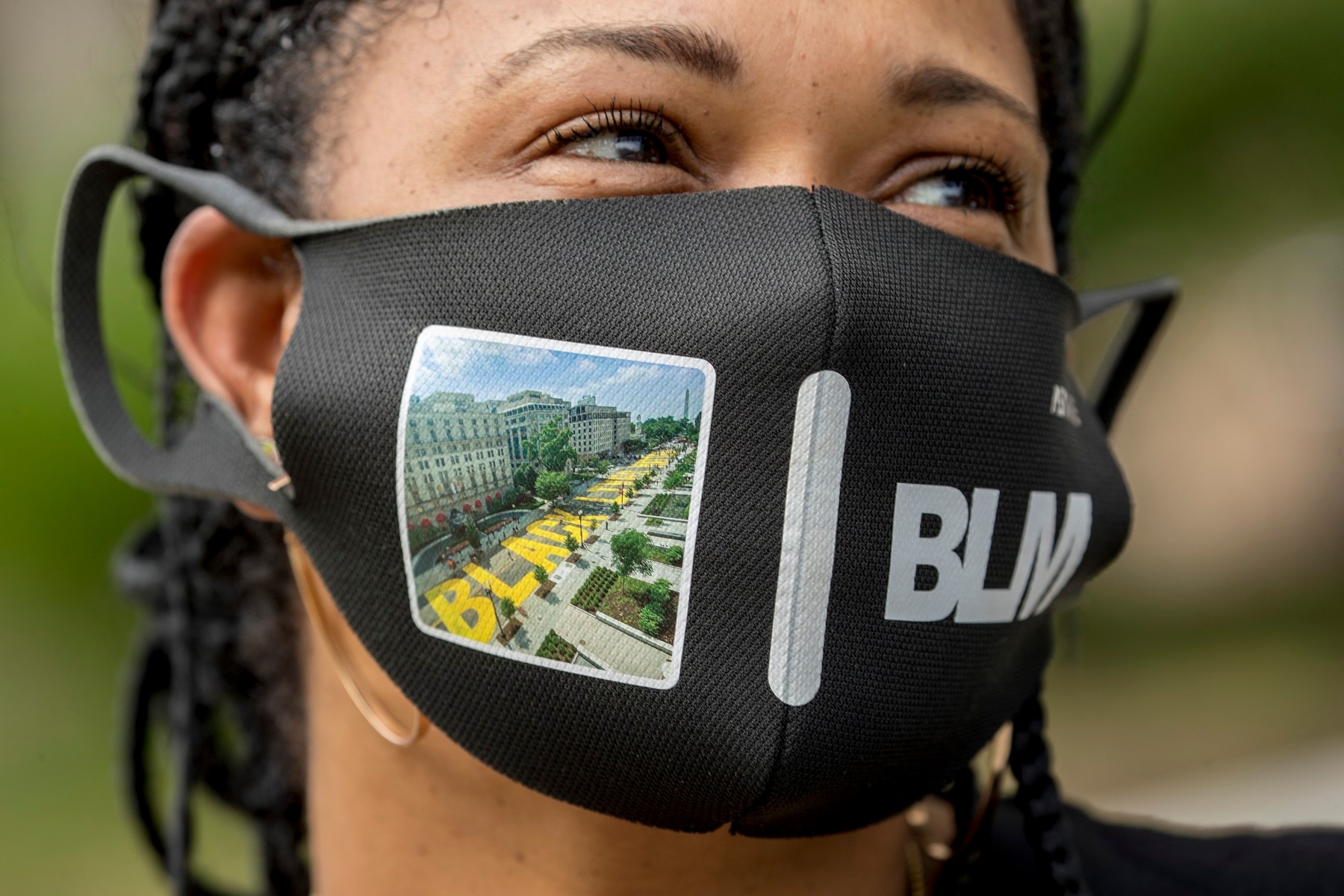 The city's Greenwood district was the site of one of the country's worst racist massacres, in 1921, when as many as 300 black Americans were killed.

About a mile away, dozens of Mr Trump followers have camped out for several nights ahead of the rally in order to get the best seats.

"This is a super important moment for all of us... we're out here supporting Trump," said Stephen Corley, 19.

'A much different scene!'

Mr Trump, who is facing a tough re-election battle in November and has adopted a hardline "law and order" stance towards protestors, and First Lady Melania Trump issued a joint statement to mark Juneteenth.

"Juneteenth reminds us of both the unimaginable injustice of slavery and the incomparable joy that must have attended emancipation," it said. 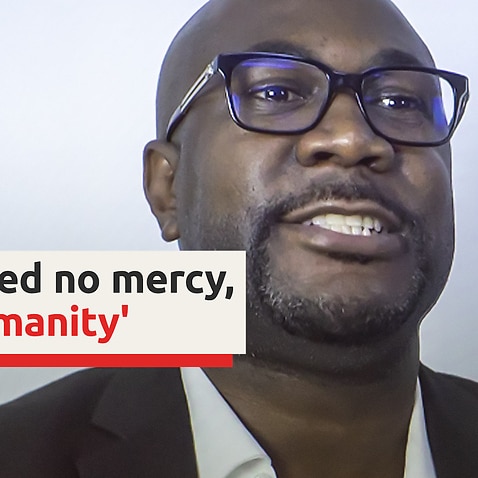 'Black lives do not matter in the United States of America': George Floyd's brother addresses the UN

At the same time, Mr Trump issued a blunt warning to counter-protesters headed to Tulsa.

"Any protesters, anarchists, agitators, looters or lowlifes who are going to Oklahoma please understand, you will not be treated like you have been in New York, Seattle, or Minneapolis," he said. "It will be a much different scene!"

Tulsa Mayor G.T. Bynum declared a curfew in the city amid fears of violence but Mr Trump later announced it had been lifted for "our many supporters" attending the rally.