The US has announced sanctions against Chinese politicians it says are responsible for "horrific" abuses against Muslim minorities in Xinjiang.

Three officials will be refused US visas and see any US-based assets frozen including Chen Quanguo, the Chinese Communist Party chief for the Xinjiang region and architect of Beijing's hardline policies against restive minorities.

Secretary of State Mike Pompeo said the United States was acting against "horrific and systematic abuses" in the western region including forced labour, mass detention and involuntary population control.

"The United States will not stand idly by as the CCP carries out human rights abuses targeting Uighurs, ethnic Kazakhs and members of other minority groups in Xinjiang," Mr Pompeo said in a statement.

The other two officials hit with the full sanctions were Wang Mingshan, the director of the Xinjiang Public Security Bureau, and Zhu Hailun, a former senior Communist leader in the region. 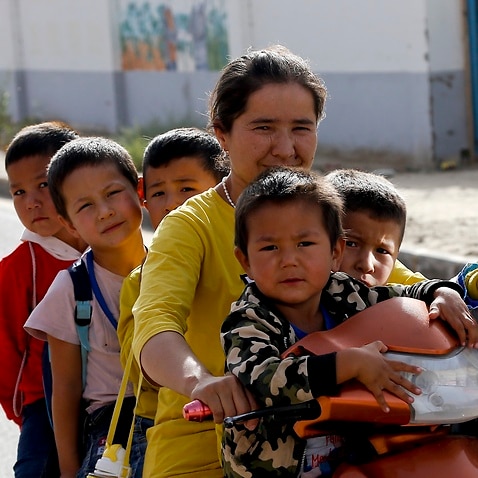 The Treasury Department sanctions also make it a crime in the United States to conduct financial transactions with the three people as well as a fourth person, former security official Huo Liujun, who was not subjected to the separate visa restrictions.

The Treasury Department also imposed sanctions on the security bureau as an institution, pointing to its sweeping digital surveillance of Uighurs and other minorities.

Witnesses and human rights groups say that China has rounded up more than one million Uighurs and other Turkic Muslims in Xinjiang in a vast brainwashing campaign aimed at forcibly homogenising minorities into the country's Han majority.

Mr Pompeo in a conference call with reporters Thursday called the situation "the stain of the century" and has previously drawn parallels with the Holocaust.

China counters that it is providing education and vocational training in a bid to reduce the allure of Islamic radicalism, a threat it says it shares with the United States.

The Uighur Human Rights Project, an advocacy group, hailed the sanctions and urged other countries to follow suit.

"At last, real consequences have begun. This comes at the 11th hour for Uighurs," said the group's executive director, Omer Kanat. 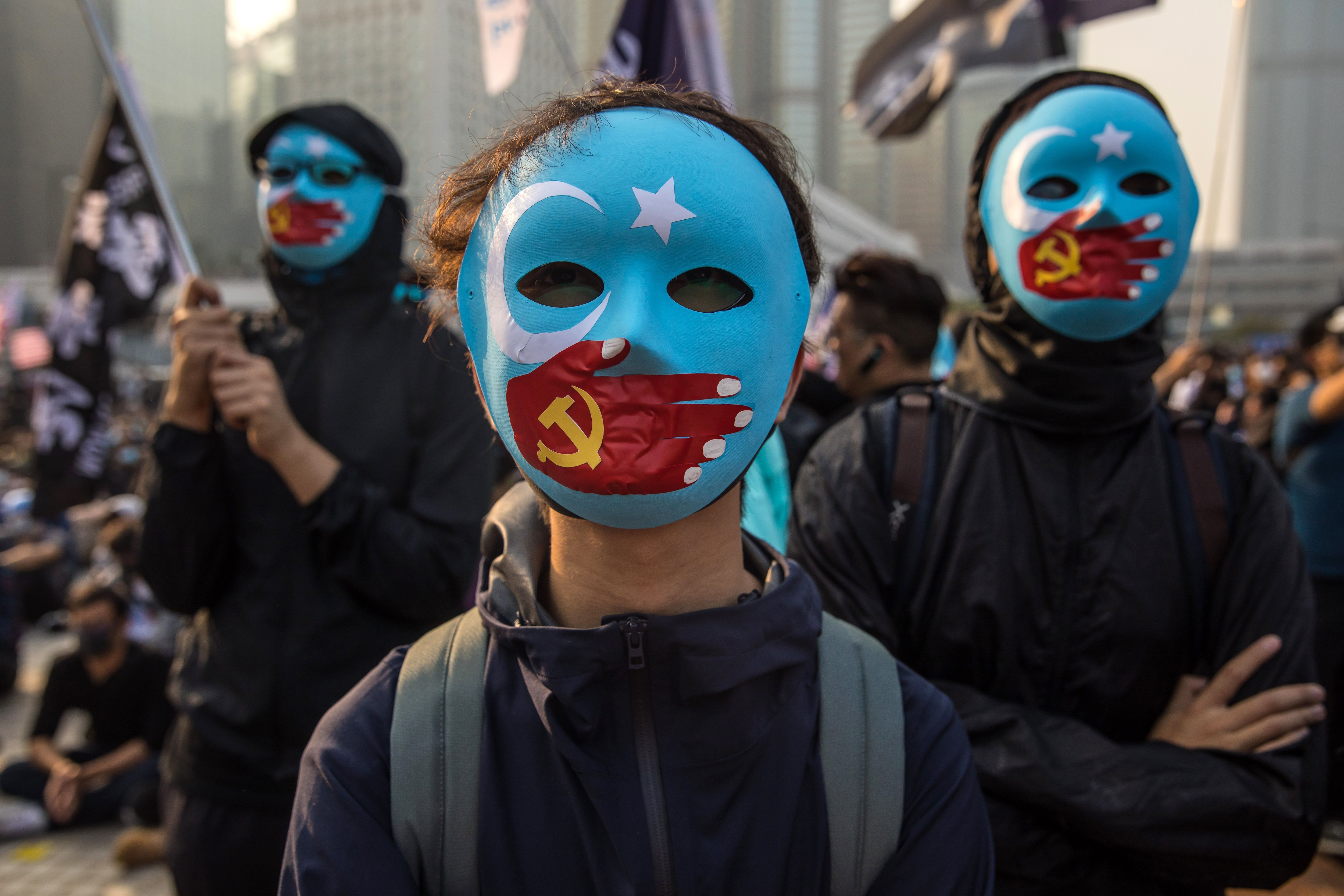 Protesters attend a rally in Hong Kong on 22 December, 2019, to show support for the Uighur minority in China.
Getty

The action comes amid soaring tension between the United States and China on a range of issues from trade to defense to the coronavirus pandemic.

Mr Pompeo in recent weeks has also announced visa restrictions on Chinese officials over the treatment of Tibet and Beijing's clampdown in Hong Kong - but, in contrast, did not publicly name anyone affected.

But she voiced hope that the sanctions would have a broader impact and said it was especially noteworthy that the United States targeted Chen, who before Xinjiang made his name through strong-armed tactics in Tibet.

"My guess is that this will have a ripple effect throughout the Chinese Communist Party. Other would-be bad actors may think twice before engaging in behaviours like you see Chen Quanguo carrying out," she said.

"It is important to remember that Treasury has authority over all dollar-dominated currency transactions," she said. "So it is significant."

The visa ban impacts officials' immediate families, depriving their children of the prestige of jetsetting across the Pacific for education or pleasure. Who are China's Uighurs and why are they facing 'systematic repression'?

Congress has led the push for a tougher response on Xinjiang and in May passed an act that authorised sanctions, listing Chen by name, although Mr Pompeo and Treasury Secretary Steven Mnuchin took Thursday's actions under separate authorities.

Despite wide concern in Washington over treatment of the Uighurs, former national security advisor John Bolton in an explosive new book said he was shocked at Mr Trump's attitude on the issue.

Mr Bolton wrote that Chinese President Xi Jinping explained his policies to Mr Trump in a meeting and that the US leader, eager for a trade deal with Beijing, replied that the detention camps were "exactly the right thing to do."