Juan Guaido, the opposition leader challenging Maduro's rule, said the security service FAES had gone to his house asking for his wife, Fabiana.

"The dictatorship thinks it will intimidate us," Guaido said during a speech at the main university in the capital Caracas.

The 35-year-old president of the National Assembly said he had a 20-month old daughter at home and would be holding FAES accountable for "whatever they do to my baby." 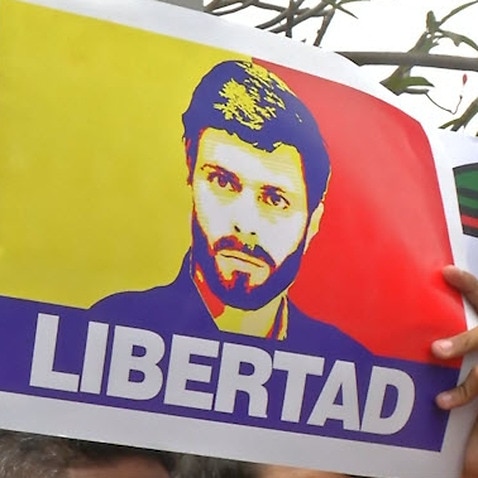 Already in economic meltdown, Venezuela is in the midst of a political crisis sparked by Guaido's challenge to the authority of Maduro. He is seeking to force him from power so he can set up a transitional government and hold new presidential elections.

In a show of defiance, Guaido said he would go home after his speech but called on fellow deputies, diplomats and supporters to join him "to find out what FAES wants."

He has the support of the US and a dozen Latin American countries, while the European Parliament also said on Thursday it was recognizing him as interim president.

Maduro is however backed by the country's powerful military, as well as the regimes in Russia and China that provide financial support.

Maduro has offered to engage in dialogue with the opposition but Guaido rejected that as he views the socialist leader as illegitimate.