Very hot drinks probably increase the risk of cancer, a UN agency said Wednesday, but coffee - once feared to be a carcinogen - is safe if enjoyed at 'normal' temperatures.

Tea and mate, a popular South American herbal infusion, may also be harmful if drunk hotter than 65 degrees Celsius (150 degrees Fahrenheit), the International Agency for Research on Cancer (IARC) reported.

"It doesn't matter what the liquid is," said epidemiologist Dana Loomis, who took part in a review of the world's most popular hot beverages. "What matters is the temperature."

With more than 1.1 billion cups of coffee consumed around the world every day, the industry welcomed the beverage's removal from the list of "possibly cancerogenic" substances.

"Today we can brew or buy a cup with even more confidence thanks to science," said Bill Murray, president of the US-based National Coffee Association. 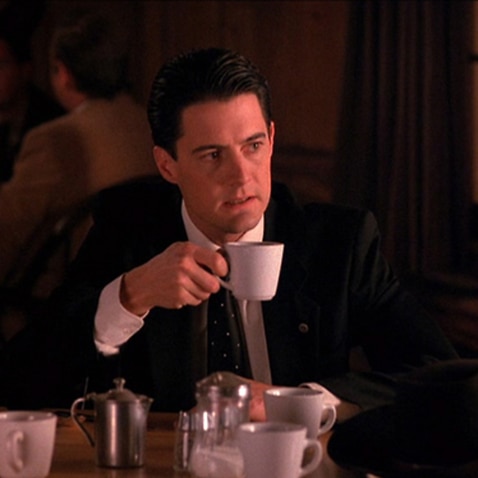 The Institute for Scientific Information on Coffee, which closely tracks research in this field, said coffee is typically consumed below 60 C.

The IARC amassed all the available scientific literature - more than 1,000 studies - on cancer and coffee or mate, also popular in the Middle East.

Both drinks had been classified as "possibly cancerogenic to humans" since 1991, when the last evaluation was done.

But evidence gathered since then could not link either drink - at "normal serving temperature" - to an elevated cancer risk, said the IARC, an agency of the UN's World Health Organization (WHO).

For some types of cancer, there are clues that coffee may even be beneficial.

A few studies, the agency said, showed a positive association with a lower risk of cancer of the uterus, liver and breast.

Taken together, the available data suggested "there is inadequate evidence in humans for the carcinogenicity of coffee drinking," it concluded.

As for mate -- typically drunk piping hot -- the IARC found that high temperature, not the drink itself, was probably behind an observed link with cancer of the gullet -- the pipe that transports food and fluids from the throat to the stomach.

Mate is often sipped through a metal straw that delivers the infusion directly to the throat.

This prompted the reviewers to look at research into cancer and hot beverages other than mate.

In places such as China, Iran, Turkey and South America, tea or mate is traditionally drunk at about 70 C, as are milky teas in parts of Africa and central Asia. Many of these regions have elevated gullet cancer rates.

And in lab studies, water at 65-70 C boosted oesophageal tumours in mice and rats.

The analysis concluded that "very hot" beverages were "probably cancerogenic to humans".

Partly due to a lack of research, the IARC could not make any finding for drinking very hot water.

"It is too speculative at this point," Loomis told journalists prior to the report's release.

The research had taken account of lifestyle factors that could have skewed the data, such as participants' alcohol or tobacco use -- high risk factors for oesophageal cancer.

The analysis does not measure the degree of risk associated with drinking very hot tea or coffee.

According to the WHO, cancer of the food pipe accounts for about 400,000 deaths out of eight million total cancer deaths every year.

Outside experts pointed out that most people in Europe and the United States contracted a different type of oesophageal cancer to those in Asia and South America.

"Besides, most people in the UK drink tea with milk, which lowers the temperature of the drink to a safe level," Tim Underwood, a professor in surgery at the University of Southampton, said via the Science Media Centre.

For Colin Berry, a pathologist from the Queen Mary University of London, the report said nothing about how many hot drinks would have to be consumed to raise cancer risk.

"Without knowing what exposure and for what time, the information does not give you any useful information about which group might be at risk of what..." he said.