With the election taking place on Saturday, there are just days left to convince voters who should lead the state for the next four years.

Victorians go to the polls on 24 November, with infrastructure, security and immigration just some of the issues dominating the campaigns.

The state election is unique, with half of voters expected to have voted prior to election day.

Labor currently hold 46 out of 88 seats, the Coalition has 37, the Greens have three and there are two independents.

Victorian Premier Daniel Andrews and Opposition Leader Matthew Guy will go head to head in a live TV debate in the battleground seat of Frankston on Wednesday night.

What are Labor's policies?

Labor is promising to continue spending on huge infrastructure projects with many already underway, including a suburban underground rail loop.

Health has also been a major focus of its campaign, with Mr Andrews pledging to fund more nurses, community hospitals, paramedics and free dental check-ups and procedures for state school children. 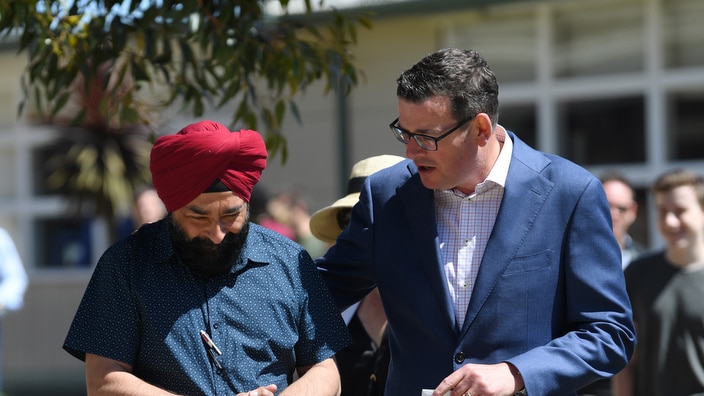 “This is a massive expansion, there will be 250 dental vans travelling around the state to every single government school ... with a view to expanding it to low cost Catholic and Independent schools,” he said during campaigning.

First-time mums and dads will also receive a 'baby bundle' of goods worth about $150 under Victorian Labor's plans.

What about the Liberals?

Among its infrastructure spending, the Victorian Liberals have pledged close to seven billion dollars to build two major roads, but voters won't know the preferred route, or other details of the project, until after the poll.

In response to the state's record population growth, Opposition Leader Matthew Guy said he's was committed to a process of decentralisation, encouraging people to move to rural and regional areas to ease pressure on services and housing in metropolitan Melbourne. Victorian Leader of the Opposition Matthew Guy speaks to the media while his wife Renae Guy (left) watches on Monday, November 19, 2018.
AAP

The Liberals also say they are tackling law and order. Mr Guy has reportedly promised to give magistrates the power to send non-violent teens to a 12-week boot camp instead of sentencing them to youth justice centres.

Under his government, the safety of Victorians would always be a priority, he said recently:

“The Liberal and National parties will put as the highest priority their safety. Whether it is domestic security such as home invasion, carjackings, out of control violent crime in our state, the Liberals and Nationals will always put safety and security first.”

In the 2016 Census, almost 50 per cent of Victoria's population said they were born overseas or have a parent who was born overseas. Victorians come from over 200 countries and speaking about 260 languages and dialects.

The Liberals are concerned that infrastructure spending isn't keeping up with population growth though and want more say about where migrants settle when they come to the state. Inga Peulich is Victoria's Opposition spokesperson for Multicultural Affairs. She told a forum organised by the Ethnic Communities’ Council of Victoria (ECCV) this week there are many opportunities in regional and rural locations for migrants.

“There is a huge backlog of infrastructure that does raise questions, are we overpopulated especially in metropolitan Melbourne. That's the reason why through a lot of consultation my party is taking  a decentralisation party to the election” 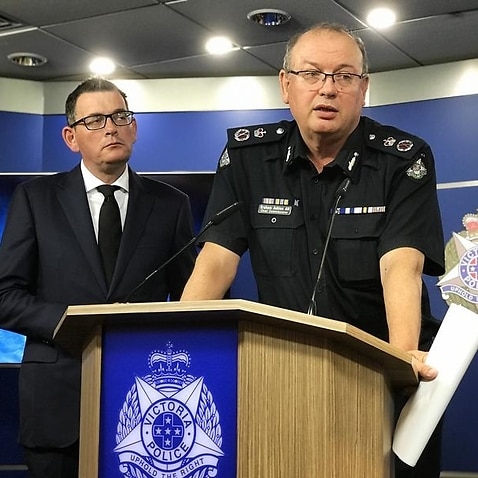 Ms Peulich said Victorian Liberals and Nationals want to engage in a conversation with the Federal Government about whether there are any benefits for the newly arrived migrants to locate to suitable regional and rural areas.

More recent arrivals include refugees and those from the former Yugoslavia, the Middle East, Afghanistan and the Horn of Africa, along with an increase in overseas migrants settling in the state.

At the ECCV forum, the two major political parties and the Greens all agreed on one thing - the need for policies that promote social cohesion and integration for migrants and refugees. The Victorian Labor's Minister for Multicultural Affairs Robin Scott MP said if re-elected his government would focus on second language education and supporting older Australians from a non-English speaking background:

“We recently increased the support for independent language schools which do some much to help retain culture with an investment of $7.5 million.”

“It is a medical fact that second language is often lost with the aging process. People need a place where the language of their birth and their mother tongue is spoken in order to have the social engagement which gives so much meaning to their lives.”

MP Huong Truong is the Greens' VIctorian spokesperson for multiculturalism.

She said the party's election policies include the establishment of an emergency fund for asylum seekers who have had income cut off.

Ms Truong says they are also calling on all parties to get behind a Greens campaign called Diversity and Strength, asking all Victorian politicians to pledge not to be racist.

She says the campaign is in response to the conversation around African communities and crime. Ms Truong said it was important not to criminalise young people from certain backgrounds.

“We need the stories of the mums, families and brothers and sisters who have lost their young people through the violence, who are confused about how they got caught up in these things. We know that each time an incident happens, we want to deal with it head-on because nobody wants this to happen.”