Victoria is bracing for more job losses with lockdown reinstated

With tens of thousands of jobs disappearing from hospitality, education and the arts, experts say it will be up to other states to build up the national economy and bolster the Victorian job market. 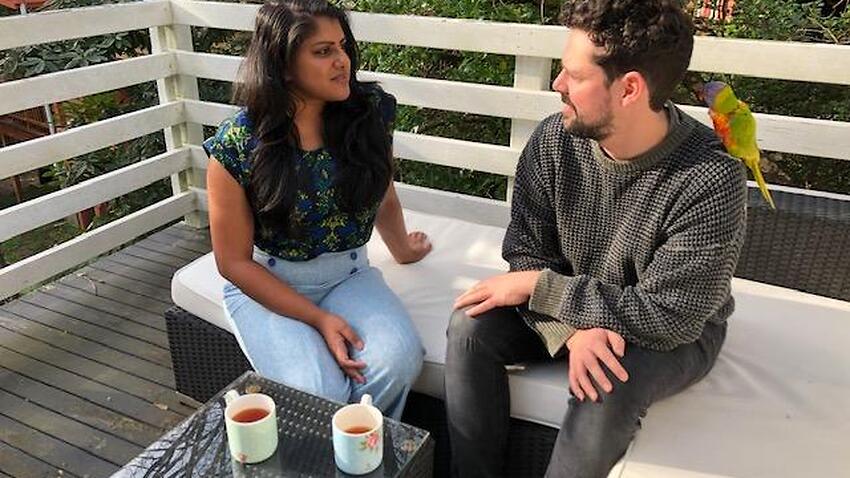 This is the final part of a series of reports on unemployment in Australia.

For six and a half years, Dash Jayasuriya taught English at a university in Victoria but when COVID-19 shut the borders, she was one of the first at her workplace to be let go.

“It was such a hard line, you’ve lost your job, there was no negotiation, no consultation, so it was a really scary and distressing time. I just started crying.”

Dash made the decision to leave the industry altogether, joining her partner Brett Niven as a high school teacher.

Dash Jayasuriya decided to become a high school teacher after losing her job in the university sector. Source: SBS

“I had a plan, it was a life plan for the next 10 years of my life and that job was a big part of that plan.”

She says she’s one of the lucky ones, because she had a back-up qualification.

Alison Barnes from the National Tertiary Education Union says many others do not.

“I’ve heard stories about people who were teaching and are now delivering newspapers and other sorts of mail to people’s letterboxes, so people are scrambling for any sort of employment they can get.”

With a predicted $4.6 billion in revenue losses this year alone, mainly attributed to a lack of international students, conservative estimates put job losses in tertiary education at 21,000.

Ms Barnes predicts it will be even more than that across the entire higher education sector.

“We’re looking at 30,000 of the people I work with losing their jobs across the country. That’s 30,000 workers standing in unemployment queues in the next six to 12 months.”

The Asylum Seeker Resource Centre hands out hundreds of bags of groceries for those on non-permanent visas each week.

The ASRC’s Jana Favero says 90 per cent of those seeking help in recent months have lost all income from work because of COVID-19.

“People who have been here for five to 10 years who are on a pathway to rebuilding their lives after seeking asylum. They’re still going through the process of seeking asylum, their lives are still in limbo but at least they had certainty in job security. Now there’s COVID and they don’t have it.”

Those on temporary protection or safe haven enterprise visas have no access to JobSeeker or JobKeeper support payments.

Ms Favero says this makes them particularly vulnerable as they have no safety net.

“While there is worry in the general community and we’re all in this together, there is one part of the community that is not in this together and they’re going to be even more impacted because of this recent spike and lack of a safety net.”

The latest figures for Victoria have recorded a rise in unemployment to 6.9 per cent, just under the national average of 7.1 per cent.

But while other states can begin the task of rebuilding their economies, Victoria must wait an additional six weeks.

Human resources expert at RMIT University Dr Alan Montague says while Victoria continues to be locked down, other states will need to pick up the slack in bolstering the national economy.

“We will be playing catch up in this situation, which is now unavoidable. But the rest of Australia has to rejuvenate the economy with some very clever policy.”

Youth unemployment figures have also risen to over 16 per cent nationally, over 14 per cent in Victoria.

Research from the Grattan Institute says approximately 30 to 40 per cent of young people are likely to lose their jobs during the pandemic, many facing ongoing impacts to their income and employment opportunities for years to come.

Brotherhood of St Laurence Executive Director Conny Lenneberg says the job market for young people hadn’t yet recovered from the global financial crisis before it was again hit hard by coronavirus.

“In May alone over 100,000 jobs, jobs for 15 to 24-year-olds, have been lost so the ranks of the long-term unemployed young people are increasing.”

Twenty-year-old Rhiannon Jones has been surviving on JobSeeker for two months after losing her job in integration services for people with disabilities.

She was on a career path that she had hoped to develop into a full-time career, but now she’s applying to supermarkets and cleaning services to pay the rent.

“I felt really useful to people, and once you feel that it’s really hard to take it away.”

Rhiannon says despite putting in dozens of applications, her youth and lack of experience is working against her in a competitive job market.

“If you were to look at my resume against someone who’s 20 years older than me and we’re both looking at the same career goals, and you look at their resume and mine, you’re not going to pick mine are you.”

Rhiannon Jones hopes to get a job before September Source: SBS/Abby Dinham

She says she feels the looming deadline of September for the expiry of the enhanced JobSeeker payments.

When the benefit returns to pre-COVID levels, Rhiannon will have her payments nearly halved due to the removal of the $550 fortnight supplement, leaving her with less money to live on in a job market with less opportunities.