In an Australian first, Indigenous Victorians are being urged to enrol to vote - or even nominate as a candidate - to have their say in a treaty process. Here's how it would work and what it would mean to those involved.

Video above: NITV - What is a treaty?

Victoria is edging closer to becoming the first Australian state or territory to enter treaty negotiations with its Indigenous people.

The multi-year process is about to reach a key milestone: Indigenous Victorians will soon vote on the group who will help shape the rules for treaty negotiations.

In the leadup, those eligible are being urged to enrol to vote or nominate as a candidate to have their say in a process that's been more than 200 years in the making. 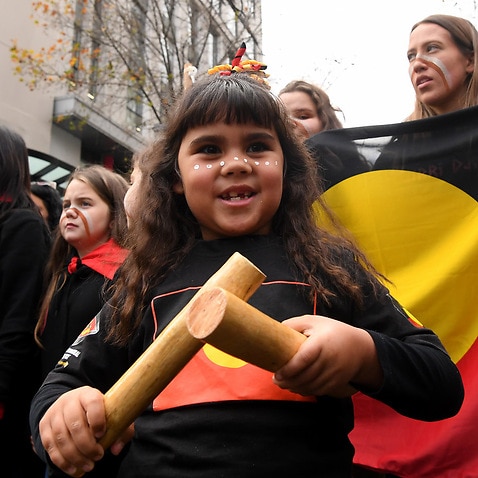 What is a treaty?

A treaty is an agreement between two parties or groups of people - it's a contract with a list of responsibilities that is legally binding.

Treaties between governments and Indigenous people can be used to recognise historic sovereignty, sacred sites, and place names, as well as historical wrongs and apologies, and to map how relationships should evolve in the future. 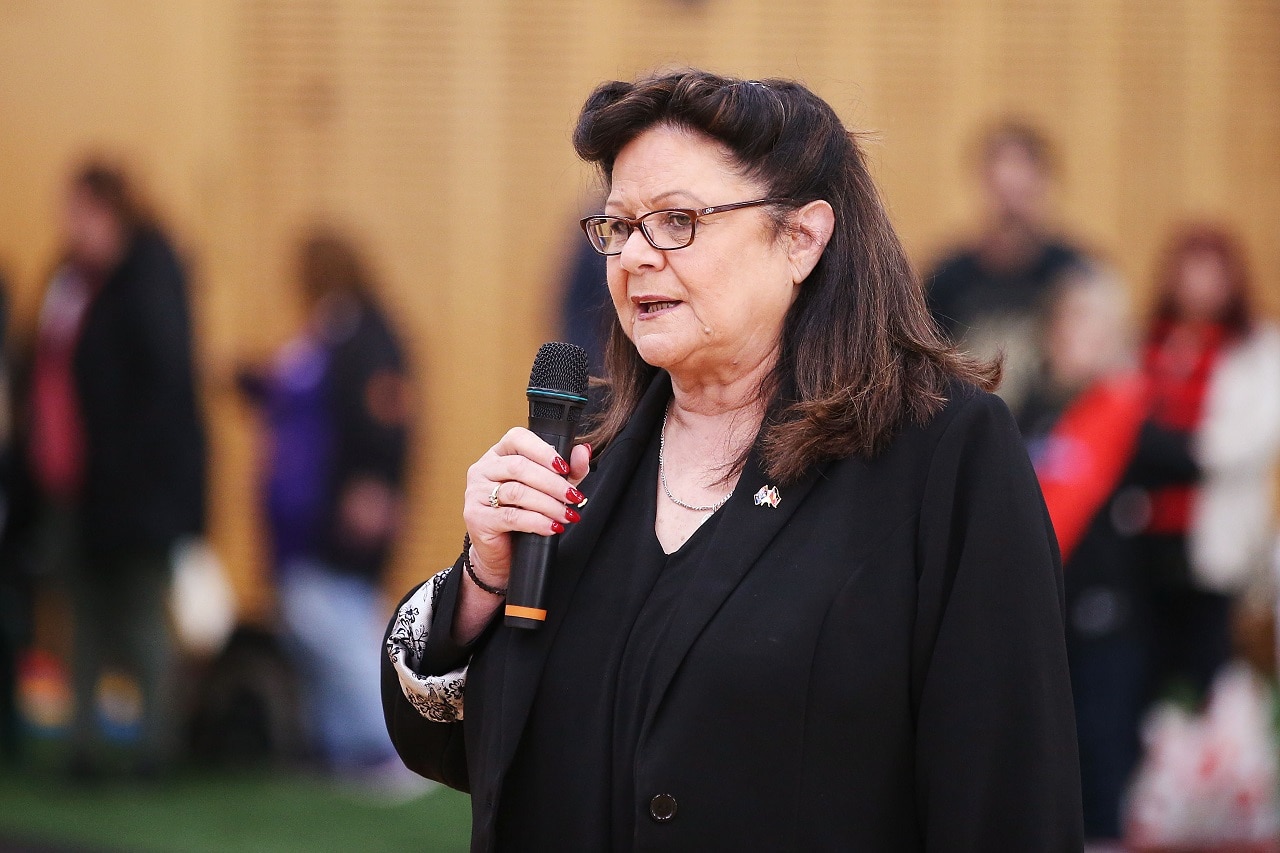 "We are the only Commonwealth country that does not have treaties with its First Peoples," Victorian Treaty Advancement Commissioner Jill Gallagher told SBS News.

In New Zealand, British representatives signed the Treaty of Waitangi with Maori chiefs in 1840. The New Zealand government has committed to settling historic and contemporary claims about the breach of treaty principles.

"The Treaty of Waitangi is New Zealand's founding document," material from the New Zealand government says. 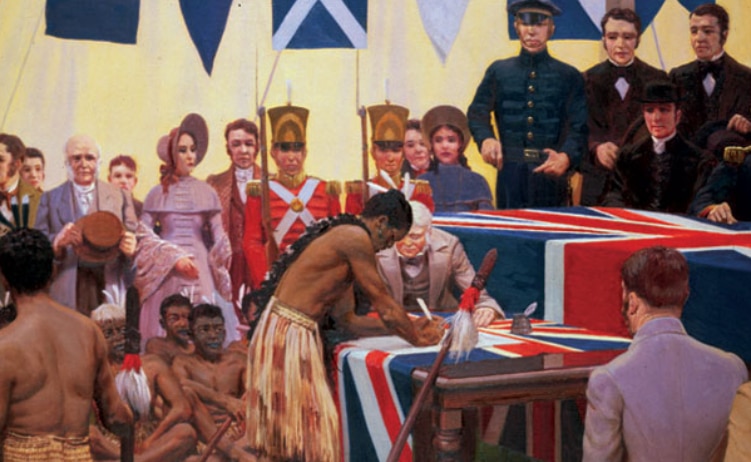 A painting of the Treaty of Waitangi signing by Marcus King.
New Zealand Government

In Canada, treaties were signed up to 1920. Since the 1970s, federal and provincial governments have continued to make land agreements with First Nations peoples.

Calls for a treaty

There have long been calls for a treaty or treaties between Australian governments and Indigenous people.

"It's the ultimate recognition. It's the recognition that we are a sovereign entity and that we never ceded our sovereignty," Ms Gallagher said. 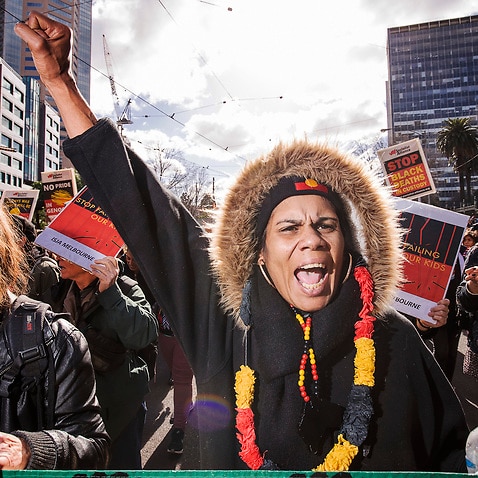 The 1988 Barunga Statement called for Aboriginal self-management, a national system of land rights, compensation for loss of lands, respect for Aboriginal identity, an end to discrimination and the granting of full civil, economic, social and cultural rights.

Labor prime minister Bob Hawke wanted to conclude a treaty by 1990. He was unsuccessful. 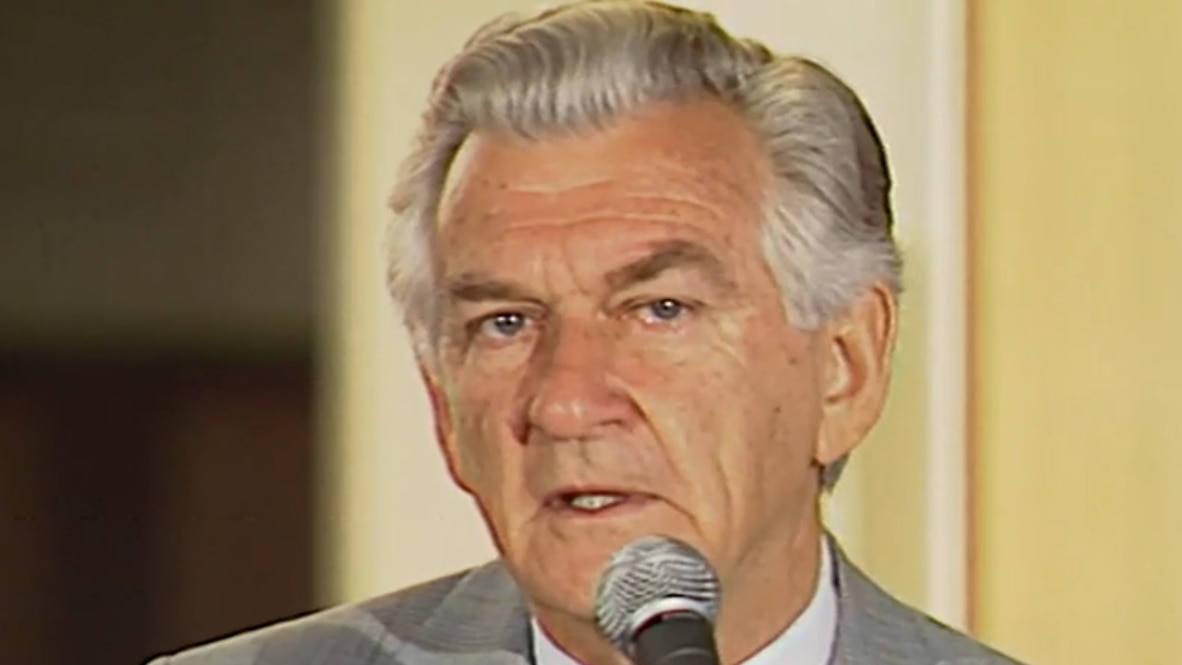 The national Native Title Act 1993 and several state-based agreements cover some of the same ground as a treaty.

But treaties have yet to become a reality in Australia. Until now.

'A historic moment' in Victoria

After working with more than 7,500 Indigenous community members, Victorian parliament passed the Advancing the Treaty Process with Aboriginal Victorians Bill in 2018.

The bill kicked off a multi-year treaty process, which is the first of its kind in Australia.

"It is a historic moment in the history of our state and our country, and the start of our journey to the treaty," Minister for Aboriginal Affairs Natalie Hutchins said at the time.

"Treaty will have benefits for all Victorians - promoting reconciliation, fostering shared pride in Aboriginal culture and helping to heal the wounds of the past." 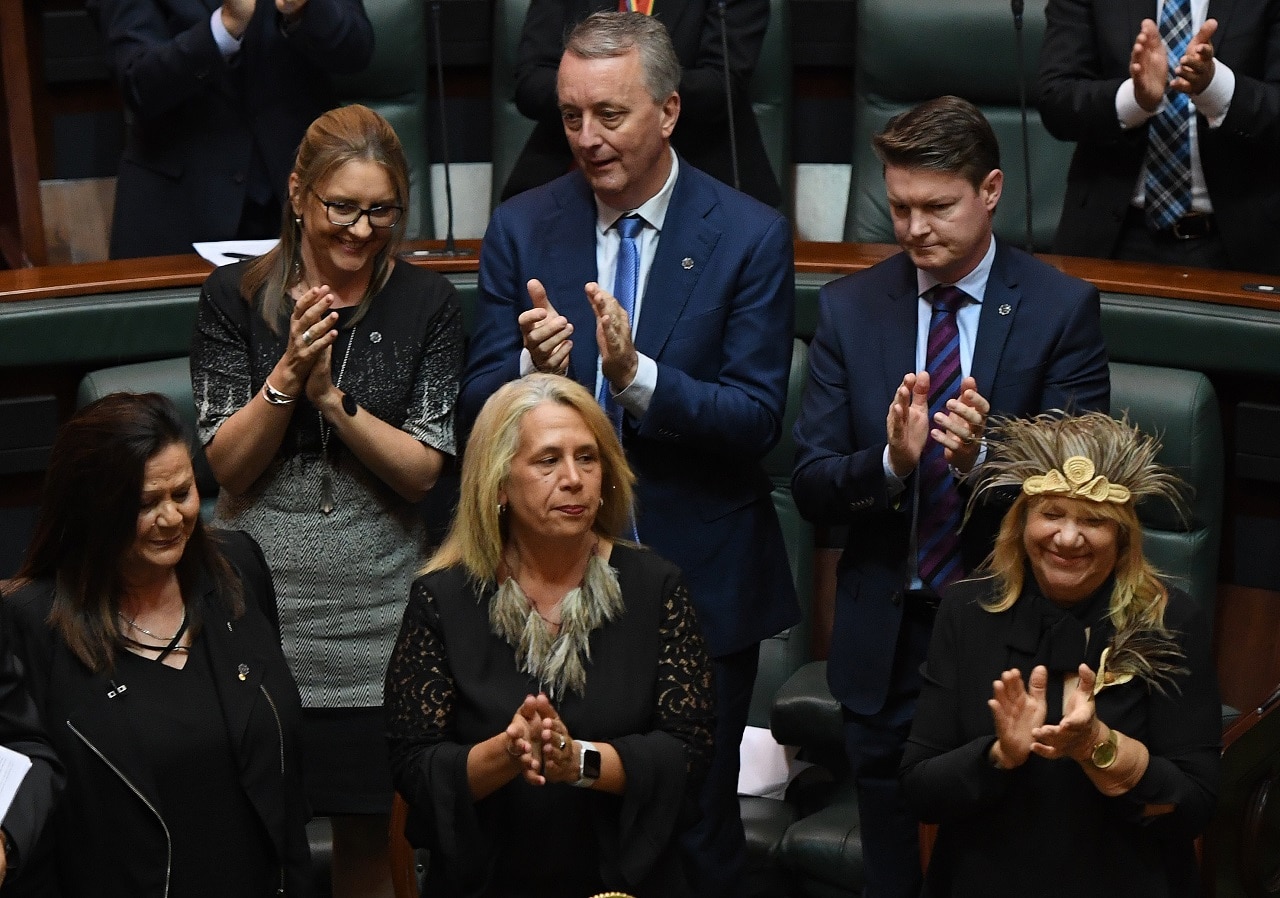 But the process has faced hostility along the way, with some in Coalition ranks opposing the idea of Victorian treaties.

Coalition MPs expressed their dissatisfaction both in state parliament and during the 2018 state election campaign, which they went on to lose.

"Our point of view ... is that a national process is far better," then-Liberal leader Matthew Guy told the ABC, saying a number of Indigenous nations in Victoria are not bound by state lines.

"Victoria is going it alone ... It does not make any sense," he said.

The exact details of treaty are still being ironed out. Labor has said that "consistent with the policy of self-determination, the Bill does not specify who treaty is with or what it will be about".

"It requires an independent Aboriginal Representative Body and the Victorian government to work in partnership to facilitate future treaty negotiations."

Now it’s time to come together... and write our own future.
Treaty. It’s time.

Rather than one treaty, it is more likely the Victorian government will negotiate a set of treaties with individual nations around the state.

The treaties could involve points on sovereignty, recognition and self-determination.

"The sky's the limit really, I think we as Aboriginal people need to be very mindful that we need to dream big in this space," Ms Gallagher said.

She dismissed any idea that people's "backyards may be at stake", instead saying treaties can benefit all people, economically and culturally.

"Treaties can deliver for all Victorian citizens, we can share with all Victorians the oldest living culture in the world ... Our language, our stories. We can enrich Victoria and all Victorians by exposing them to Victorian Aboriginal cultures."

Voting for an Indigenous assembly

The next big milestone is approaching fast. Indigenous people in the state will vote for First Peoples' Assembly of Victoria, a body which will prepare for treaty negotiations. Enrolment to vote and candidate nominations are currently open.

This group of 33 elected representatives will work with the State of Victoria to lay out the ground rules for treaties, for example, what is on and off the negotiating table, and who can negotiate. 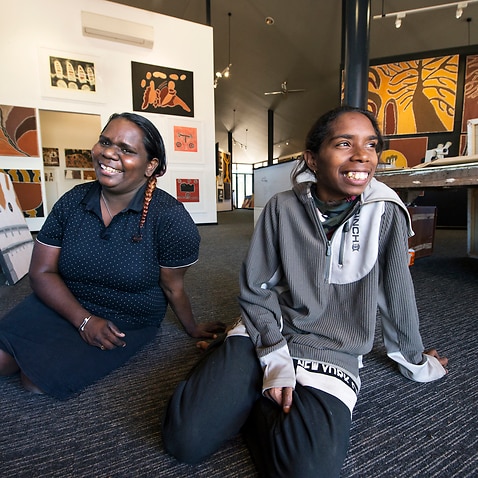 Tourists aren't visiting remote Australia, so Aboriginal artists are bringing work to them

Twenty-one members will be elected through a vote of Victorian Indigenous communities, and 12 seats are allocated to each formally-recognised traditional owner group.

Aboriginal and Torres Strait Islanders aged 16 or above who live in Victoria and have done so for at least three of the past five years, or are a traditional owner if they live interstate, are eligible to vote. 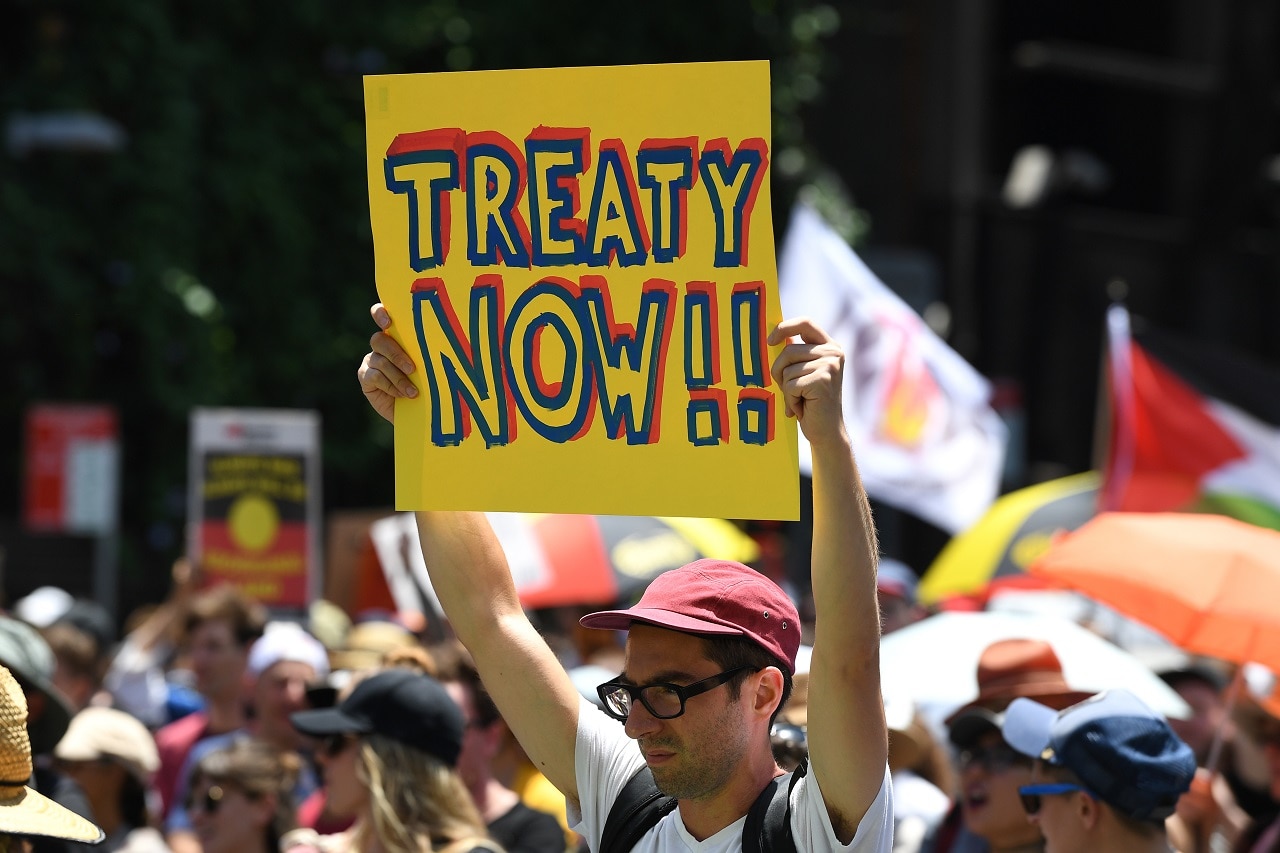 Elections for the Assembly were set for July, but have since been moved to 16 September - 20 October.

"Every vote makes us stronger. Every vote shows Australia what we can achieve. Every vote brings us closer to achieving justice," material from the commission says.

Ms Gallagher acknowledged the long road ahead for the Victorian treaty process.

"It's a very complex space to be in. There are immense challenges. It's not easy," Ms Gallagher said.

And a minority in the Indigenous community reject the whole process, with one group publicaly criticising treaties last month.

In a Facebook post, the Yorta Yorta Council of Elders from north-eastern Victoria called treaties "a trip wire and only a pathway to assimilation".

The group said the process could eventually "erode our authority and provide a fast track to the disempowerment of the sovereign Yorta Yorta Nation and its people".

But Ms Gallagher stayed positive, stressing "it can be done" and that this was an important moment not just for Indigenous Victorians but for all Indigenous Australians.

"It's [particularly] important for me personally as an Aboriginal person, to have my sovereignty recognised." 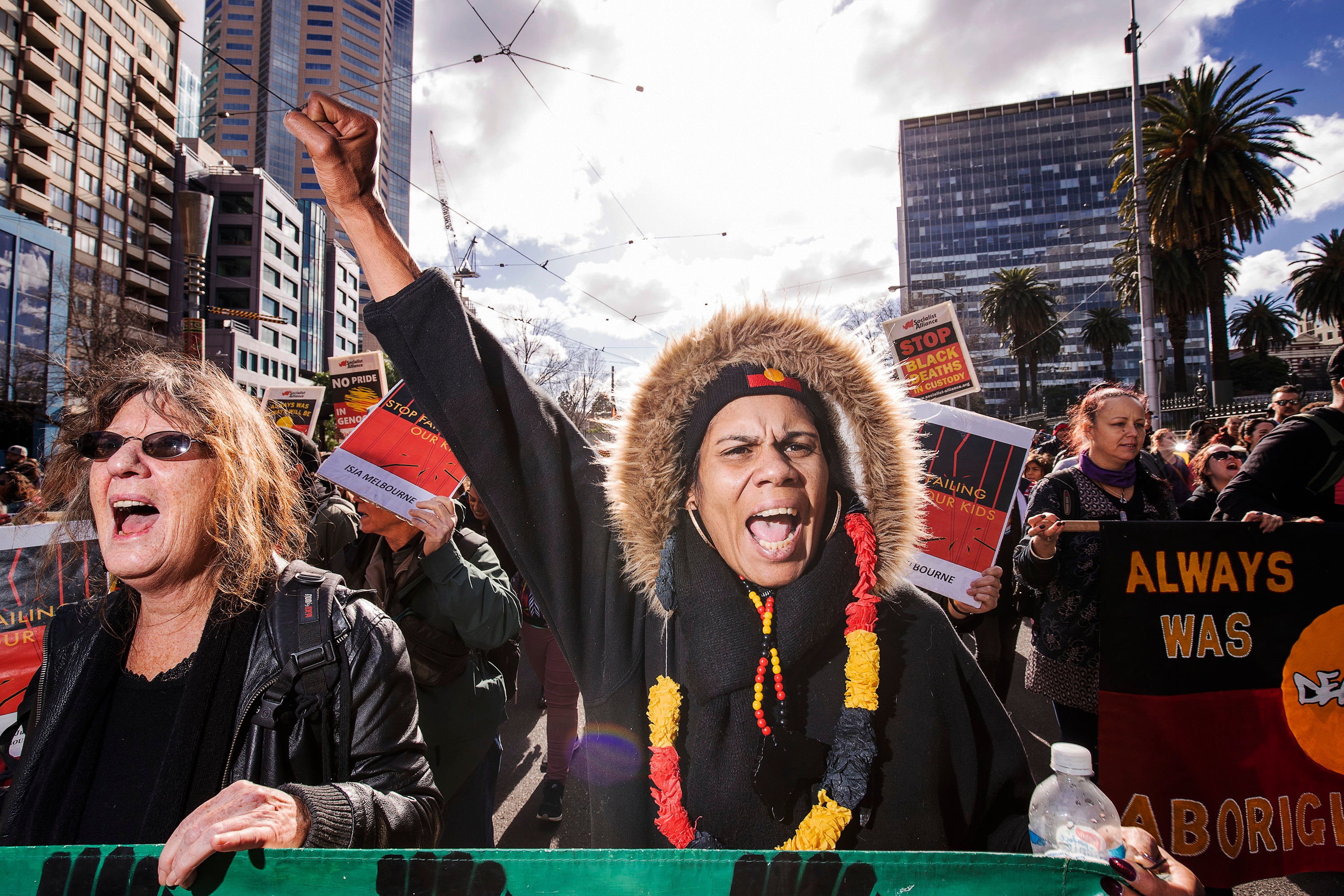 People supporting NAIDOC Week participate in a march through Melbourne in 2018.
AAP

Ms Gallagher said what happens in Victoria will have repercussions around the country. Other jurisdictions, such as the Northern Territory are taking steps towards treaties.

"It's important to demonstrate to the rest of the country that we can to it. Treaties can become a reality," she said.

"This is our time, as the First People of this state, to actually get justice for our community."

Indigenous Victorians can enrol via post, in person, or online via firstpeoplesvic.org/enrol/