About $4 million in funding to Victoria Police has been suspended following revelations officers falsified more than 258,000 breath tests.

A quarter of a million breath tests were falsified by Victoria Police over five years, in what’s being blamed on a misguided bid to boost productivity.

The force has had $4 million in funding put on hold until it completes a broad-scale investigation into its preliminary breath testing practices.

Our reputation is tarnished.

By placing a finger over the device, or breathing into it themselves, officers faked breath tests across the state.

Over the past five years, 17.7 million breath tests were conducted on Victorian roads. More than 258, 000 of them, or 1.5 per cent, were falsified. 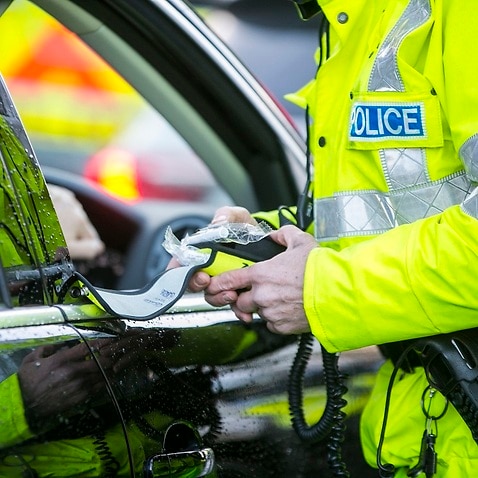 Victoria Police has confirmed "booze buses" were not involved and believed close supervision in that setting was a deterrent. But the force didn’t reveal how many officers abused the system.

In a bid to restore community confidence, Victoria Police has appointed former chief commissioner Neil Comrie to conduct an investigation into its members. He promised each person would be spoken to about the breath test practice.

Assistant Commissioner Barrett said there was no financial incentive for members to reach breath test targets, but cited a misguided bid to boost productivity as a possible cause.

Victoria’s Police Minister, Lisa Neville, said she was baffled by the data.

“There is a question here about why. Why has this occurred?”

Overall, the targets are well and truly met across the state – 4.5 million, well above the target that we set, which is 1.1 million.

“What we don’t want to see, is any of the performance measures leading, or creating or encouraging unethical behaviour.”

“We would much prefer our members were honest and truthful because then the truth would come out. And the truth is that at the moment, our members have unrealistic targets in an under-resourced environment,” Mr Gatt said.

Blow on or above .05 and lose your licence. Learn more about the increased penalties for drink driving: https://t.co/v1pA493r50 pic.twitter.com/Kpfxw6Q2NC

The association is concerned, though, that the pressure of reaching quotas is taking time away from other duties.

TAC CEO, Joe Calafiore, confirmed its $4 million funding to police has been put on hold.

“Anything that has the potential to undermine confidence in what we do in road safety is a concern. And I share police’s disappointment in what we’ve seen.”

These revelations have caused West Australian police to audit its force to ensure the practice isn’t in place.