Victoria has recorded 331 new coronavirus cases and another 19 deaths, bringing the national toll to 331. 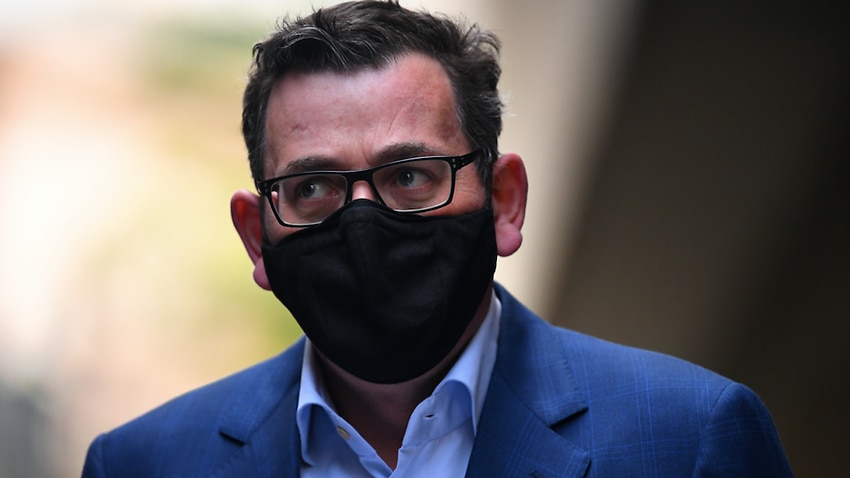 Victorian Premier Daniel Andrews said the government was taking steps to coordinate the state's response to the outbreak. Source: AAP

Another 19 people have died and 331 new cases of coronavirus have been recorded, Victorian health authorities announced on Tuesday.

Premier Daniel Andrews said 14 of those 19 deaths are linked to aged care outbreaks.

It's the second consecutive day the state has recorded 19 deaths, bringing the death toll to 246 and the national figure to 331.

There were 331 new cases of #coronavirus (#COVID19) detected in Victoria in the last 24 hours.
Sadly, 19 deaths were reported.#Covid19VicData pic.twitter.com/bajE79zjUy

Speaking at his daily press conference, Mr Andrews said there are now 7,880 active COVID-19 cases across Victoria, including 1,838 in aged care settings.

Of those active cases, authorities have added about 100 additional mystery cases with an unknown source and another 100 among healthcare workers, bringing the total number of infections among this cohort to 1,185.

Mr Andrews said these infections continue to be of "great concern".

"Each of those are motivating us to redouble our efforts right across the board to make sure that we're protecting those people, taking care of those people who take care of us," he said.

Mr Andrews said nurses have been brought into aged care facilities to cover 1,148 shifts in what are often "confronting and challenging circumstances".

He called on all Victorians to "make the right choices" in order to protect healthcare workers.

But ultimately, the premier said the health advice he has received appears to indicate case numbers will continue to fall.

"The public health advice to me, all of our experts remain convinced and very confident that as we're just into the early parts of the second week, not even yet a full week, of many of the Stage 4 most significant changes, we will continue to see data that forms a trend and we continue to see numbers coming down," he said.

He said indications such as a 90 per cent reduction in train and tram trips last Friday, compared to a typical day in August, show "the strategy is working".

"Exactly how long that takes and to what the lowest number is we can get to, only time will tell. But there is no alternative, there is no choice."

The Department of Health and Human Services tweeted Tuesday's figures moments before Mr Andrews was due to face an inquiry over his government's handling of the pandemic.

Mr Andrews was the first witness called at the second sitting of the Public Accounts and Estimates Committee's COVID-19 Inquiry.

He last appeared at the hearing on 12 May, when the state's total number of coronavirus cases was 1,509 and just 18 people had died.

Mr Andrews faced immediate questioning on the hotel quarantine program, which is being blamed for the state's second wave.

He said the Australian Defence Force hadn't been offered to guard the hotels at the time the scheme was introduced, despite reports to the contrary.

"It is fundamentally incorrect to assert that there was hundreds of ADF staff on offer and somehow someone said no. That's not, in my judgement, accurate," he said on Tuesday.

But in a statement later in the day, federal Defence Minister Linda Reynolds said ADF support was offered "on multiple occasions".

"The ADF was consistently advised that its assistance was not required for any "public-facing roles' in Victoria," she said.

State Chief Health Officer Brett Sutton told the inquiry he was not involved in the decision to use private security guards.

“I was not involved in that decision making whatsoever," he said.

Earlier on Tuesday, the Herald Sun newspaper published a leaked video of bureaucrats from the Department of Jobs, Precincts and the Regions congratulating themselves for setting up the hotel quarantine program in less than 24 hours.

"We have been thinking about this as one massive inbound super trade mission, which just keeps rolling," a department head says in the video.

Asked why people "who fix roads and run an art gallery" were running the scheme, Mr Andrews replied: "People across the board are performing roles and functions that are a long way away from what they might be traditionally expected to."

"No matter what we did, no element of this could be made perfect," he said.