Victoria has recorded 20 new locally acquired coronavirus cases, all of which are linked to known outbreaks but only five were in quarantine while infectious. 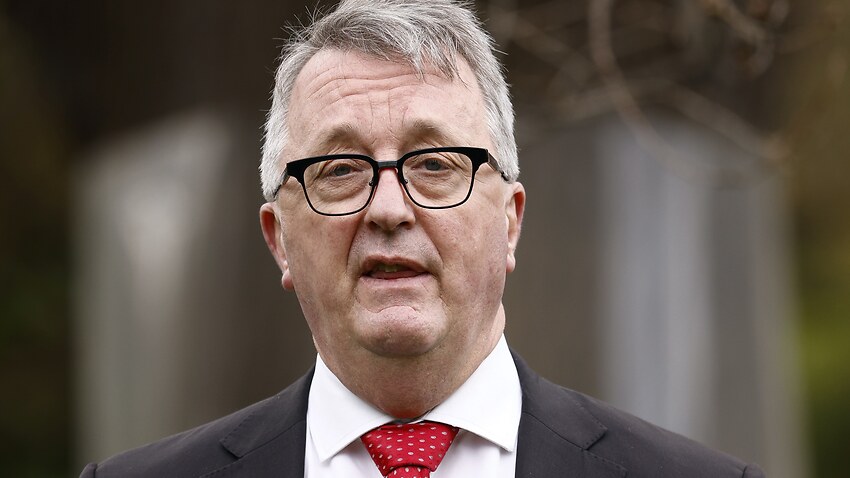 Authorities have not ruled out an extension to Victoria's lockdown, as the state recorded 20 new COVID-19 cases and young people rushed to get vaccinated.

All of the new cases are linked to known outbreaks but only five were in quarantine throughout their infectious period, a trend the state government hopes will improve.

Health Minister Martin Foley would not say whether the state's sixth lockdown would end as planned on Thursday, claiming decisions were being made on an "hour-by-hour basis".

"I don't know what the future brings, the crystal ball hasn't fired up lately," he told reporters on Tuesday.

"As soon as that decision is made we will be sharing it with all Victorians."

There are more than 12,000 close contacts of infected cases self-isolating and almost 250 exposure sites across Melbourne.

Of greatest concern to authorities is Caroline Springs Square Shopping Centre, where half of Tuesday's new cases contracted the virus.

COVID-19 Commander Jeroen Weimar said a total of 25 cases are linked to the shopping centre and he urged anyone who had attended between 27 July and 5 August to get tested.

He said 400 tests were done at a pop-up site near the centre on Monday, but that number needed to be much higher.

Two of the cases linked to the shopping centre were not close contacts of previously infected people and authorities are working to track down how they caught the virus.

Victorian testing commander Jeroen Weimar speaks to the media during a press conference in Melbourne on Monday, 31 May. Source: AAP

Three new cases live in Flemington's public housing towers but they have been transferred to hotel quarantine along with their household contacts.

There were 2,366 first doses of the vaccine administered, a three-fold increase on the previous week.

The health minister also congratulated the Al-Taqwa College school community, after 1252 people got vaccinated at the school's pop-up site.

There are now 76 cases connected to the latest outbreak and 111 active infections in the state in total.

Two people are in hospital, but for the first time in weeks, there are no cases in intensive care.

It comes as regional Victoria came out of lockdown at midnight, though a number of restrictions remain in place, including a ban on home visits and compulsory mask-wearing.

City dwellers trying to flee Melbourne into regional areas will face fines upwards of $5,000, as about 200 police patrol main and back roads across the state.

Regional Victoria businesses, such as restaurants and beauty salons, must check the IDs of customers.