Another six Victorians have died from coronavirus as new infections show a 'stabilisation' in numbers across the state. 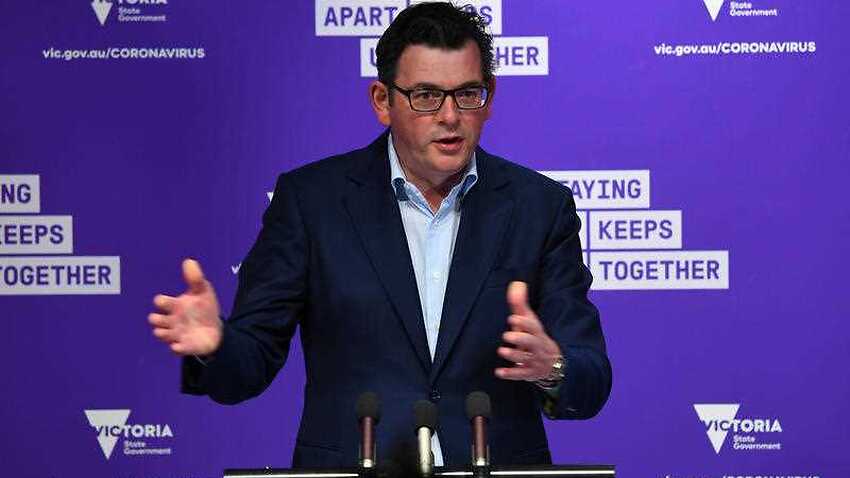 Victoria has recorded 90 coronavirus new coronavirus cases in the past 24 hours as Victorian parliament voted to extend the government's emergency powers by six-months.

A further six Victorians have also lost their lives to the virus, health authorities said on Wednesday morning.

The new fatalities include five males in their 80s and one male in their 90s, three of which occurred prior to Tuesday.

All of the new fatalities are linked to aged care outbreaks, and take the state's coronavirus death toll to 576.

There are currently 2,415 active cases across the state, including 1,177 cases in aged care facilities and 35 cases in disability care settings.

Wednesday's case numbers are higher than the previous two day's figures in their 70s, the lowest single-day increases since early July, but community spread of the virus still appears to be slowing as Melbourne approaches the final scheduled week of Stage 4 restrictions.

"It's good to see three consecutive days in double figures. Wednesday's reputation is a spike day - so there has been a bit of an increase in cases since yesterday, but more testing as well," he said.

Premier Daniel Andrews said he would reveal his plans for two roadmaps out of lockdown on Sunday, for regional and metropolitan Victoria.

In the meantime, he urged Victorians even with the mildest symptoms to come forward and get tested.

"It is essential to us defeating this second wave," Mr Andrews said.

The premier announced the state of disaster declaration has also been extended in Victoria, in line with the state of emergency.

Early on Wednesday morning, legislation was passed 20 votes to 19 to extend a state of emergency in Victoria by six-months, down from the one year previously sought by Mr Andrews.

The current state of emergency, which allows police and health authorities additional powers to enforce the public health order, is set to expire on 13 September.

The Coalition opposed the bill, while former Labor MP Adem Somuyrek is abstaining from voting on any bills until a corruption watchdog probe is finalised over alleged branch stacking.

At his press conference on Wednesday, Mr Andrews said having both frameworks on the same timeline will serve the state ahead of announcements made this weekend.

"I just want to caution that doesn’t necessarily mean that either the state of emergency or the state of disaster will automatically come off on 13 September, so I don’t want people to read into the alignment that those measures will all of a sudden expire," he said.

"Those decisions and that road map out, indeed, multiple roadmaps for regional Victoria and metropolitan Melbourne, will be driven by the data."

People in Australia must stay at least 1.5 metres away from others. Check your state’s restrictions on gathering limits. If you are experiencing cold or flu symptoms, stay home and arrange a test by calling your doctor or contact the Coronavirus Health Information Hotline on 1800 020 080. News and information is available in 63 languages at https://sbs.com.au/coronavirus.