Victorian authorities say the new local COVID-19 infections are linked to known cases and were in isolation during their entire infectious period. 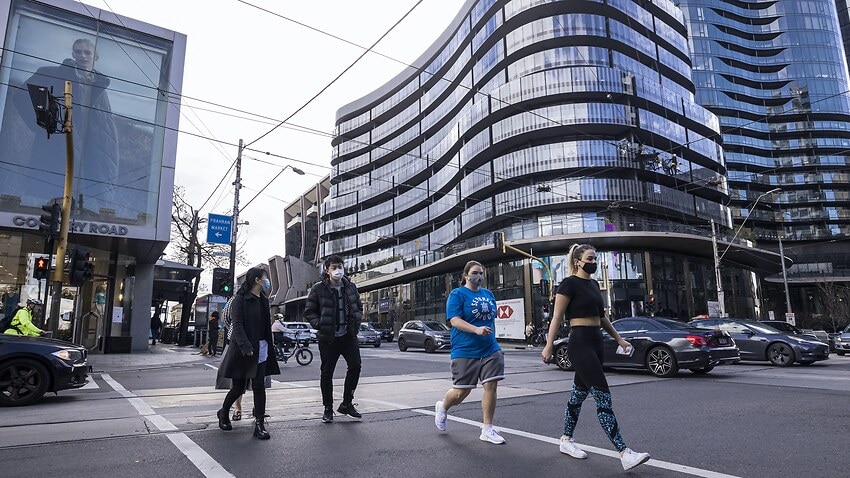 Victoria recorded seven local cases on Thursday, of which six have been in isolation while infectious. Source: AAP

Victorian health authorities reported two new local COVID-19 cases on Friday, as contact tracers said they have managed to link a mystery case identified on Thursday to current outbreaks in the state.

The two new COVID-19 cases were in isolation during their entire infectious period and have been linked to known cases.

Victorian officials said they are still trying to discover how a mystery case identified on Thursday managed to catch the virus. He was working as a traffic controller at the Moonee Valley drive-through testing site.

He tested positive on Wednesday, two days after developing symptoms, and his close contacts have so far tested negative.

On Thursday, Victoria's acting Chief Health Officer Ben Cowie warned authorities "may not find the smoking gun" of how he caught the virus.

It's believed the man had not been vaccinated despite being eligible as a frontline worker.

The state recorded seven local cases on Thursday, of which six have been in isolation while infectious.

Among them were four students from Bacchus Marsh College, and two household contacts linked to the Lacrosse apartments in Docklands, where 500 people are in isolation for 14 days.

Separately, a positive case who was isolating while infectious has also been reported in the Bass Coast Shire, to be included in Friday's official tally.

Meanwhile residents of a Hawthorn apartment building have also been told to quarantine, as about 13,000 people remain in isolation across the state.

A full list of Victoria's coronavirus exposures sites can be found here.

Authorities are also urging people in Balwyn, Camberwell, Canterbury, Mont Albert and Surrey Hills to get tested if they have even mild symptoms, after wastewater testing in the area showed virus fragments.

There are 205 active cases in Victoria.

More than 42,000 test results were received in the past 24 hours, while about 19,000 vaccine doses were administered at state-run sites during the same period.