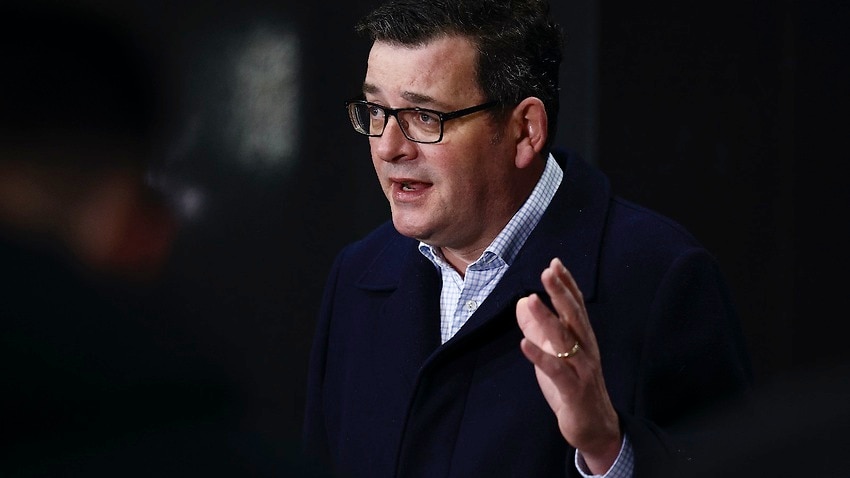 Victoria will end its lockdown as scheduled at midnight Tuesday but some COVID-19 restrictions will remain in place for at least two weeks, including mandatory mask-wearing and a ban on household visitors.

Hospitality and retail businesses can reopen with density limits of one person per four square metres. A capacity limit of 100 people inside and 300 outside will apply.

The five kilometre-limit on how far people can travel from their homes will be lifted.

Schools can reopen and community sport can resume, but masks will remain mandatory indoors and outdoors.

Live music venues, dance classes and gyms can also throw open their doors with a strict density limit of one person per four square metres

"Today is a good day, a good positive day, but there is still work to be done," Victorian Premier Daniel Andrews said on Tuesday.

"We regard home as, from a transmission of this virus point of view, the highest risk environment," he said.

Border restrictions are also being applied to four local government areas in New South Wales - Wagga Wagga, Hay, Lockhart and Murrumbidgee - as the Greater Sydney virus outbreak worsens. Residents from these regions will need to apply for a permit to enter Victoria.

"I take no pleasure in having to essentially lock out those four communities from Victoria, but there's a refusal to lock people in Sydney into Sydney, so I have no choice but to make these changes," Mr Andrews said.

He said further border announcements would be made in the coming days.

All the new locally acquired cases announced on Tuesday have been linked to Victoria's current outbreaks and were in isolation for their entire infectious period.

There are now 190 infections linked to the outbreak, which originated from NSW.

More than 24,000 test results were received in the 24 hours to midnight on Tuesday, while 15,677 vaccine doses were administered at state-run sites during the same period.

Victoria's statewide lockdown was called on 15 July and initially slated to run five days before it was extended to 11.59pm on Tuesday, as contact tracers struggled to chase down people before they tested positive.

The outbreak was seeded by a NSW removalist crew who passed the virus on to residents of Maribyrnong's Ariele Apartments and a separate family who returned from NSW.

Police have revealed the three-person removalist crew will not face any criminal charges despite not wearing masks on the job, in a breach of the worker permits.

"Victoria Police has undertaken an assessment of the material provided and determined there is no evidence of other offending," a spokesman said in a statement to AAP.

"As such, Victoria Police will not be taking any action and this matter is closed from a police perspective."

It followed the health department completing its investigation into the removalists who travelled to the state on 8 July before heading to South Australia.