Voting is about to begin for an elected body to represent Victoria's Indigenous people and help establish rules for treaty negotiations with the government.

Video above: NITV - What is a treaty?

Almost 250 years in the making and in an Australian-first, Indigenous Victorians are preparing to lodge a historic vote towards treaty.

From Monday, all Aboriginal and Torres Strait Islander Victorians over the age of 16 will be able to vote to elect representatives for the First Peoples' Assembly.

"When the state government said they were ready to sit down as a sovereign entity to negotiate a treaty or treaties, I thought, oh my god now what do we do? Who do they talk to?" Treaty Advancement Commissioner Jill Gallagher told AAP. "The First People's Assembly will be that counterpart to government. They will be the community voice in the next stage of treaty and they will have a mandate to do that because the mob would have elected them."

The elections come after three years of community consultation led by Ms Gallagher, who said the process had to be developed from scratch.

The assembly will be made up of 33 representatives from five geographical voting areas, four in regional Victoria and one in metropolitan Melbourne.

About 30,000 people are eligible to vote, and the ballot will be open for five weeks to elect 21 assembly members.

The remaining 12 seats have already been allocated to formally-recognised traditional owner groups. 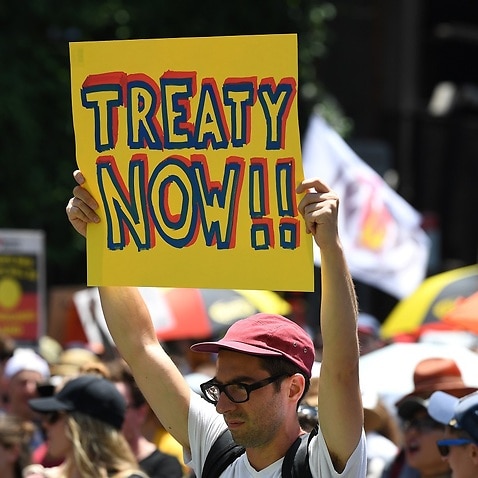 "There's excitement in the air. Across the state, our own people are enrolling to vote and some are learning to campaign. It's pretty powerful," she said.

Votes can be cast in person, online and by post and people can enrol on the day.

The election process isn't without controversy, with some people saying they won't vote unless the government scraps plans to bulldoze hundreds of sacred trees in the state's west to make way for a highway. 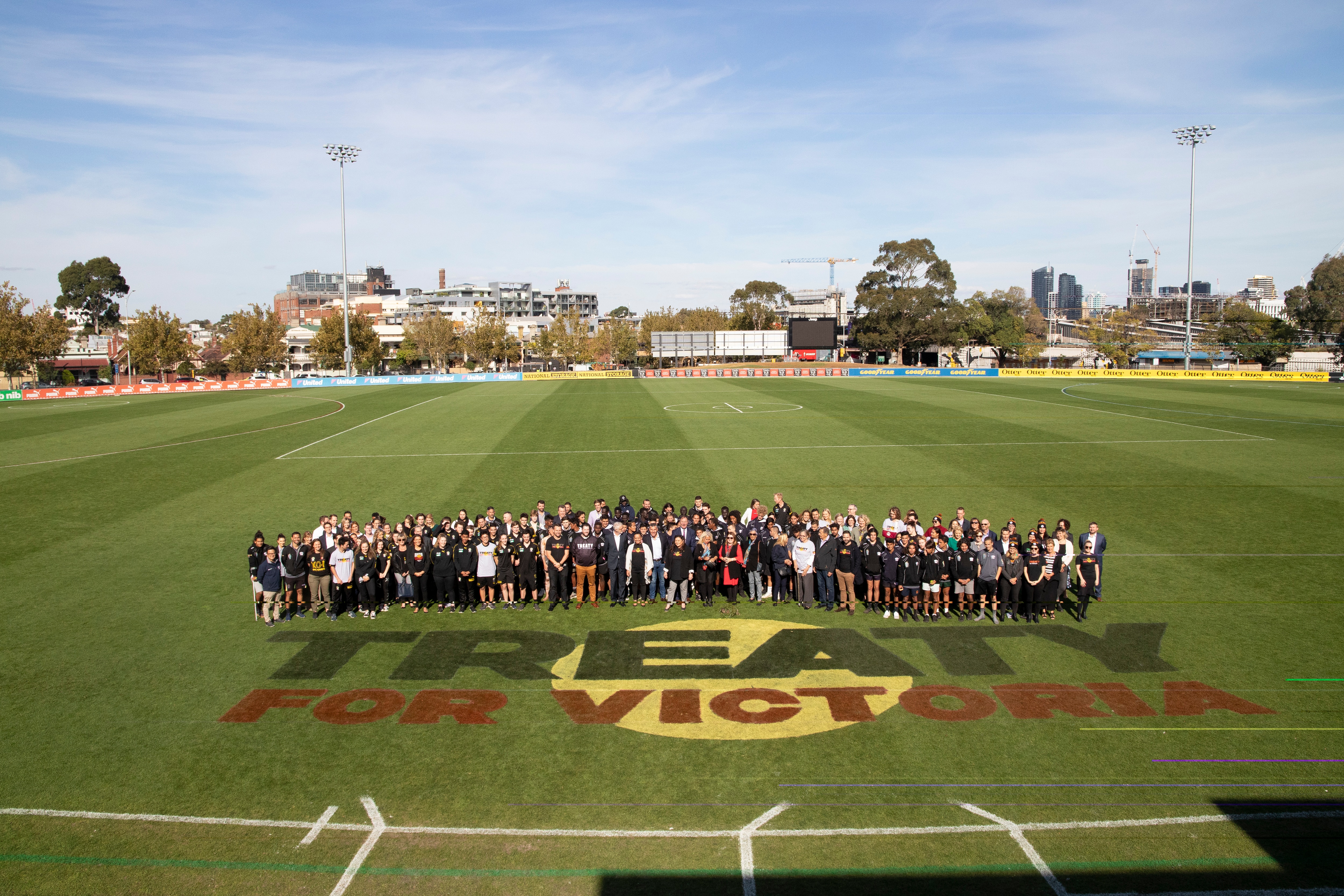 About 500 protesters gathered at parliament this week chanting "no trees, no treaty", including former Greens MP Lidia Thorpe, who is listed as a candidate for the First People's Assembly in the Metropolitan division.

"Aboriginal people in Victoria, in Australia, have waited 240 years to have recognition that we are the first people's of this country and that we didn't cede our sovereignty," she said.

"I am damn sure I am going to stay focused on that goal."

Voting for the First People's Assembly is open from 16 September to 20 October, for further information visit www.firstpeoplesvic.org