Public drunkenness will be managed by healthcare services rather than police, under Victorian legislation set to be introduced by the end of 2020. 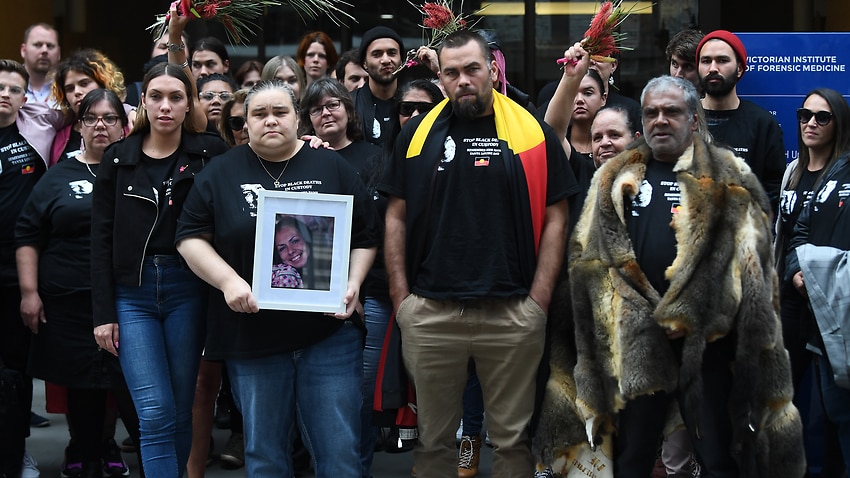 Being drunk in public will no longer be a crime in Victoria, with new laws to emphasise a healthcare response rather than a law enforcement one.

Aboriginal communities have long advocated for the change and the reform was a recommendation of the Royal Commission into Aboriginal Deaths in Custody three decades ago.

The Victorian government, which previously committed to decriminalisation, on Saturday welcomed the release of an independent report to help shape new legislation to be introduced by the end of the year.

The report's title, Seeing the Clear Light of Day, is a tribute to Yorta Yorta grandmother Tanya Day who was arrested in 2017 for being drunk on a train.

The 55-year-old spent more than four hours in a Castlemaine police cell where she repeatedly fell and hit her head. She later died in hospital.

It was written in consultation with the Aboriginal community, health services, alcohol and drugs experts, local government and operators of licensed premises.

The report recommends a two-year time frame for a new public health model to be developed, including trial sites. The Victorian government has allocated $16 million in its 2020/21 budget to kickstart programs.

"It is clear current public drunkenness laws have caused an unacceptable and disproportionate impact on Aboriginal Victorians and reform is long overdue. We cannot wait any longer to do something about it," a government press release said.

It said the government would review all recommendations of the report.

The family of Tanya Day said the release of the report was a "welcome step forward".

"As our mum’s case shows, police cells are unsafe places and no person should ever be locked up just for being drunk in a public place," they said in a statement released through the Human Rights Law Centre.

"It took the death of our mother for the Andrews Government to commit to repealing laws that should have been abolished 30 years ago when it was recommended by the Royal Commission into Aboriginal Deaths in Custody.

“The Andrews government must now back their words with action and work with Aboriginal communities and organisations to implement the public health response so that no other Aboriginal people die in custody."

But the reform has not been universally welcomed, with the state's police association criticising it for lacking planning and potentially endangering healthcare workers.

The Police Association of Victoria on Saturday called the plan "all press release and no policy" and said it was "dangerous virtue signalling".

Association secretary Wayne Gatt said health services were not prepared to be the first responders to those intoxicated in public and improving them would cost tens of millions of taxpayer dollars.

"It will place additional pressures on our doctors and nurses and our emergency departments, which will replace police in dealing with drunk and violent people," he said.

"It risks the safety and amenity of our public places and potentially places police, those found intoxicated and the community at further risk."

The police association wants the government to clarify which services will replace the work of police in getting drunk people off the street and who will respond to triple zero calls when intoxicated people endanger others.

"For decades police have fought to remove alcohol-fuelled violence from our streets," Mr Gatt said.

"We cannot compromise on this work by making rash decisions."

With reporting by SBS News.