The Victorian acting premier says reports a government MP used their parliamentary office for sex are concerning but had been addressed by the Speaker's office.

Acting Victorian Premier James Merlino says a government MP's purported use of their parliamentary office for sex is distressing and inappropriate, but he won't endorse a formal ban on sexual activity in parliament.

The government has raised concerns about the accusations with Victorian speaker Colin Brooks, with a spokeswoman saying this was "the appropriate avenue to make or refer complaints about MP conduct".

The claims were first raised in March, with News Corp reporting on Saturday that a government MP allegedly had sex in a parliamentary office last year.

Mr Brooks is leading a cross-party process to develop a new framework for MP conduct intended to include new and independent avenues for complaints.

Mr Merlino on Sunday told reporters he didn't want to pre-empt Mr Brooks' proposals but admitted he was concerned by the MP's reported conduct.

He had not yet spoken to the MP in question. 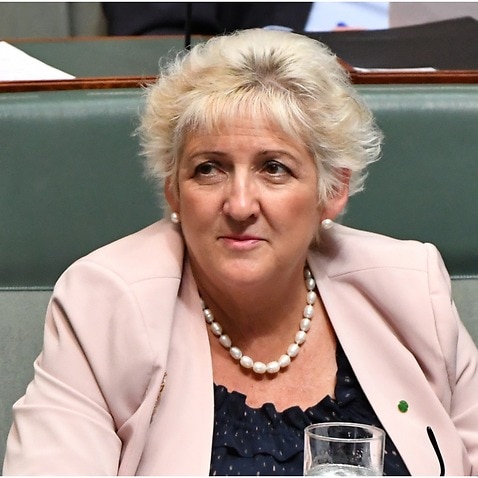 Mr Merlino also said the matter had been dealt with by the speaker's office.

"The conduct was inappropriate, it doesn't reflect community values (and) concerns were raised with the speaker," Mr Merlino said.

"I would expect that individual reflects on that behaviour. There's critical work the presiding officers are doing in regards to conduct of members of parliament.

"That work is almost finalised, it will be responded to by the government and will see some broader change in terms of how we deal with those issues, and I think that's a good thing."

The Liberal opposition has called for Mr Merlino to name and shame the MP at the centre of the reports but he has not done so.

"Can you imagine if that was federal Liberal MPs, can you imagine how Labor would be screaming from the rooftops?" Liberal finance spokesman Matthew Guy said on Sunday.

Mr Guy again called for the MP's identity to be revealed.