The Victorian government will spend $50 million to develop the capability to manufacture cutting-edge mRNA vaccines. 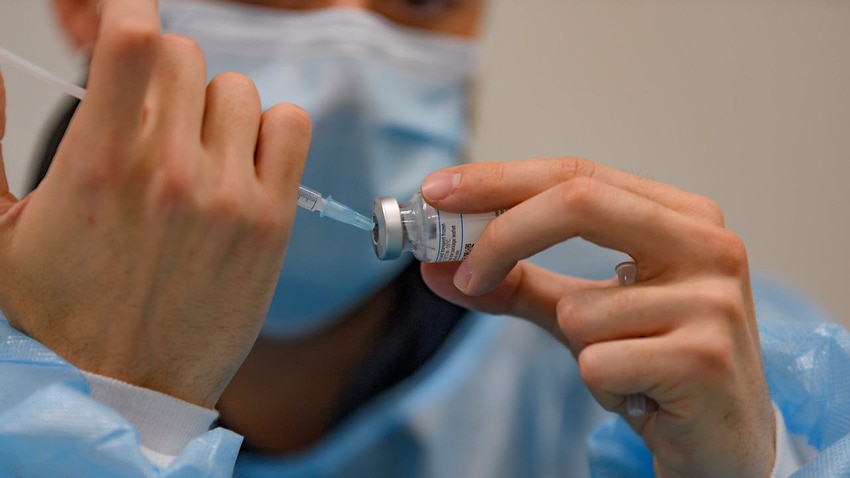 It is hoped the funding will mean mRNA manufacturing capability can be established in Melbourne. Source: AAP

The Victorian government will spend $50 million to develop and manufacture cutting-edge mRNA vaccines.

The mRNA vaccine technology can be manufactured quickly, cheaply, and safely, and forms the basis of the Pfizer and Moderna COVID-19 vaccinations.

"Twelve months ago would have been the best time to have done this, but the next best time is right now," Acting Premier James Merlino told reporters on Wednesday.

Mr Merlino said he is well aware of the challenges of securing supplies of vaccines internationally and he expects onshore development to take at least a year.

The money will be spent in partnerships with universities and medical manufacturers over the next two years, and it's hoped mRNA manufacturing capabilities will be established in Melbourne.

"I think its really important to do this because this virus is changing, we're going to need further vaccinations, I think that's pretty obvious," he said.

"If we could make those vaccines that would be an enormous advantage."

He said while the state has the experts to do the job, setting up facilities and getting government approvals would take time, and described the government's one-year time frame as "ambitious but realistic".

The federal government has recently identified the onshore production of mRNA vaccines as a national priority.

Victoria's Chief Health Officer Brett Sutton has received his first dose of the AstraZeneca vaccine as the state's mass vaccination hubs open to people aged over 70.

Professor Sutton, who is aged in his 50s, says he was excited to receive the jab.

"I know it will protect me - and with the second dose in 12 weeks time - that will be really substantial protection," he told reporters at the Royal Exhibition Building on Wednesday.

"You do it for yourself, but we're doing it for everyone ultimately and it's going to make Australia a different place."

It's hoped Professor Sutton's vaccination will boost public confidence in Victoria in the AstraZeneca vaccine, which has been linked to a very rare blood clotting disorder.

Earlier this month, the national vaccine advisory group recommended people under the age of 50 get the Pfizer vaccine instead.

The Royal Exhibition Building, Melbourne Convention and Exhibition Centre and Geelong's former Ford factory will provide AstraZeneca shots for anyone over 70 with or without bookings as part of phase 1a and 1b of the national rollout.

Victoria has resumed its rollout of the AstraZeneca shot to the over 50s after a pause on 9 April. Patients will be required to sign a consent form outlining the risks of getting the vaccine.

The state is receiving about 14,000 Pfizer doses per week. It is hoped a further 10,000 doses will soon be made available by the federal government each week.