Victorian authorities are scrambling to contact trace after a man tested positive to COVID-19. 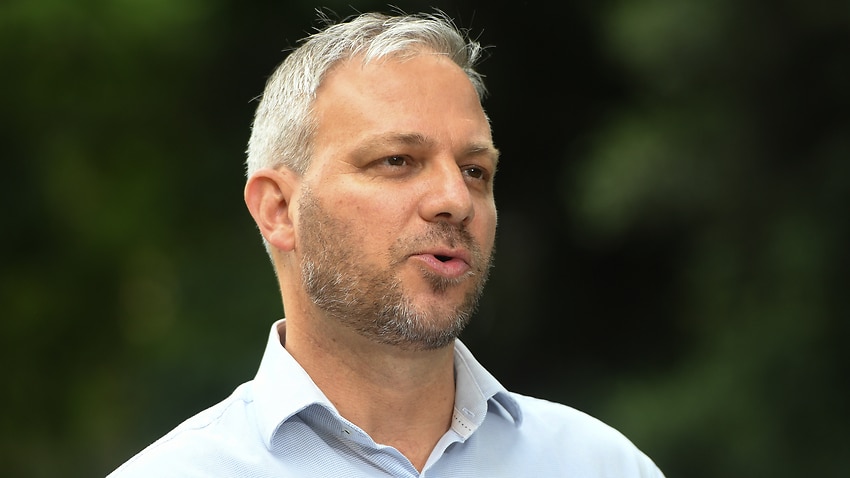 Victorian health authorities are confident a Melbourne man picked up COVID-19 during his two weeks in South Australian hotel quarantine.

The man in his 30s returned to his home in Wollert, in Melbourne's north, on Tuesday last week and developed symptoms on Saturday.

He has since returned a positive result after testing on Monday, with a re-test on Tuesday confirming his infection is active.

The case has sparked a full public health response as the two states work to discover the source of infection.

"This case is an important reminder that we are still in the grip of a global pandemic," Victorian Health Minister Martin Foley told reporters.

Victoria's Chief Health Officer Brett Sutton thinks the man did not acquire his infection after returning to Victoria.

"It's absolutely the case that he's picked it up in quarantine in South Australia," he said.

Contact tracers have now finished their initial interview with the infected man and all three of his household contacts returned negative test results.

Professor Sutton said while that was an encouraging sign, they could test positive later because of the full incubation period.

Victorians who were at the Curry Vault Indian restaurant in the CBD between 6:30pm and 9:30pm on Friday 7 May, Indiagate Spices and Groceries in Epping between 5pm and 6pm on Saturday 8 May, Epping Woolworths between 5:40pm and 6:38pm on 8 May, and TIC Group in Altona North all day on Thursday 6 May, are being advised to urgently isolate, get tested and notify authorities.

Those who were at 7Eleven in Altona North on 6 May between 6:30pm and 7pm, and 8 May between 11:10am and 11:40am should also isolate, get tested and notify authorities.

“We can run this to ground. We can only do this if all Victorians do their bit," Victorian Health Minister Martin Foley said.

“Record-keeping is critical in success running down these cases.”

The man departed India via the Maldives, through Singapore before landing in Adelaide but arrived before the India travel ban was imposed.

“It was a flight as expected and routine into South Australia," Professor Sutton said.

Genomic sequencing is underway to determine where he picked it up.

“There is example after example of the leakage out of hotel quarantine that continues and this would appear to be another example,” Mr Foley said.

“And there is every indication that we are going to be in a position of some form of closed borders for many, many months, if not years.”

South Australian health authorities said the man may have contracted the virus from a positive case in the medi-hotel room adjacent to his.

He tested negative on all three testing occasions during his quarantine period.

State health workers will now be reviewing CCTV at The Playford hotel in Adelaide's CBD to see if any breaches occurred.