Students of the University of Melbourne and Monash University returned to classes this week to find racist posters around the campus.

The posters written in Chinese declared: ‘Attention! This is a place that prohibits Chinese people to enter. Any offence is subject to prosecution or possible deportation'.

Shocked students took to social media to vent their disgust.

@CSSAunimelb @CSSAUM @UMSUunimelb tell me this is a joke! Otherwise I'll report discrimination to @unimelb

And it appears their attack on two Melbourne universities was not the first one.

On the group’s Twitter page there are incidents of members posting racist material at other university campuses in Sydney, Brisbane and Newcastle.

Nonwhites get PRANKED, told that Chinese are not allowed in two universities, report to the office or be deported: https://t.co/PxVlei5wbl pic.twitter.com/ejY7ya1Mkd

Universities were quick to remove the offensive material, saying “this does not reflect the ethics of our community.”

“The University finds this material and associated behaviour reprehensible,” a Monash University spokesperson said in a statement.

“This disgusting behaviour has occurred before at Monash and other Australian universities and the community is sick of it.”

'Taking a public stand against racism'

CCTV footage of the area is being examined and has been passed onto local police.

The NUS and Chinese student association at Monash and the University of Melbourne said in a joint statement they would not rule out legal action against perpetrators.

“Our society has been maliciously slandered by these notices put up around the university campus and it has created a harmful and poisonous atmosphere for all students.”

Students at Monash University held anti-racism campaigns across campus in response to the posters.

“Any Chinese-speaking student would have been shocked and confused to find these around campus. It's a disgrace,” Monash Student Association Environment and Social Justice Department said in a social media post.

“This year we've seen pro-Nazi, pro-fascist, pro-Hanson, anti-migrant, anti-Muslim, and now anti-Chinese leaflets and posters on and around Clayton [campus].”

“This just confirms our commitment to taking a public stand against racism and all other forms of prejudice and discrimination.” 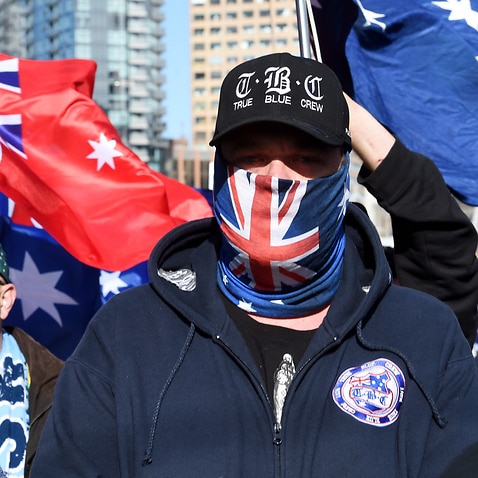