'Visa rights are human rights', but some refugees say Australia has forgotten them

As Human Rights Day is marked on 10 December, it is a stark reminder for some of Australia's refugees and asylum seekers that they've been left behind. For Zaki Haidari, it marks an eight-year battle for recognition. 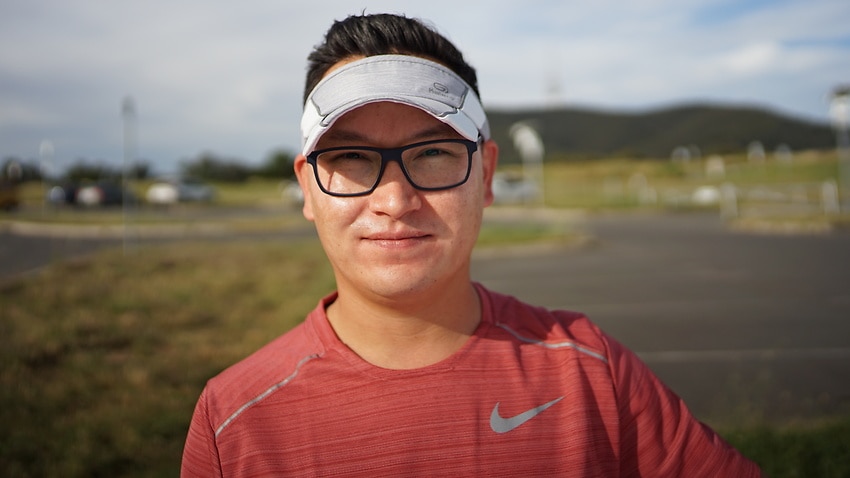 Zaki Haidari has been nominated in the 2020 #HumanRightsHero campaign. Source: Will Wang

Rising at dawn to run 20km every day would push many to the brink, but for Zaki Haidari, it's a challenge that pales in comparison to his gruelling campaign for protection since arriving in Australia in 2012.

Born in Afghanistan and a member of the Hazara ethnic group, he was forced to flee aged 17 and was smuggled to Australia by boat.

After a time in detention in Tasmania, Zaki was released into the community on a bridging visa with no right to work or formal education until he was given a temporary visa.

People on Temporary Protection Visas (TPVs) or Safe Haven Enterprise visas (SHEV) - which Zaki is on - must reapply every three or five years by demonstrating they still need Australia's protection, a process that can force them to relive the trauma they fled.

Next year, Zaki's five-year Safe Haven visa will expire and without access to a permanent protection visa due to his arrival by boat, he hopes to be granted another one.

In the meantime he's running 500km - 100km for every year of his visa - to raise public awareness of the impacts of the immigration system on temporary visa holders - how it affects people's lives and their futures, how it keeps them apart from loved ones, and how they must reapply time and again.

An ambassador for the Refugee Advice and Casework Service (RACS), Zaki hit his funding goal of $20,000 on Thursday, which marks Human Rights Day, to help the organisation provide legal services for those seeking asylum in Australia.

"My body's saying it's too much, but the fundraising has been going really well and that keeps me going," he told SBS News.

It is Zaki's physical efforts, his fundraising and years of advocacy for the rights of refugees and asylum seekers that led the Australian Human Rights Commission (AHRC) to nominate him as one of 10 finalists in its #HumanRightsHeroes campaign this week.

The campaign aims to recognise those making the most positive and inspiring contribution to human rights in Australia.

Human Rights Day is observed around the world every year to mark the United Nations General Assembly's adoption on 10 December 1948 of the Universal Declaration of Human Rights. The document proclaims the rights to which all human beings are entitled and, available in more than 500 languages, remains the most translated document in the world.

Zaki said he was "honoured and grateful" that his advocacy work has been recognised by the AHRC. But for him, Human Rights Day brings awareness to what he is acutely aware of every day: that he, alongside other refugees and asylum seekers in Australia and around the world, is suffering in a world without what he says are basic human rights.

Life in limbo for people on temporary protection visas

"I'm 26 years old and I think this is the best time of my life. I can plan my future, I can think where I can be in five to 10 years like a normal citizen," he said.

"It's a luxury to live with your family in a safe environment that is taken away from refugees on a TPV."

Read More
Refugees are settling into Australia well, but barriers to the professional job market remain

Zaki will finish his running campaign on Christmas Day, a time when many families will be spending time together.

"A lot of refugees don't have that luxury or privilege or sharing that happiness or holiday season with their family," he said.

Living alone in Canberra, with all his family in Afghanistan, Zaki says while he has experienced loneliness, life has become easier as he's found friends and activities he likes. But he describes his family being in Afghanistan as "a constant worry".

Violence in his homeland has surged in recent months despite peace talks between the Taliban and the Afghan government. The US is also expected to withdraw a large number of its troops next month.

"Afghanistan is a warzone and I don't know how long they have to survive," Zaki said of his family. "Anything could happen in any given moment where my family lives. It's really hard."

While temporary protection visa applicants can include on-shore family members in their application, those like Zaki are not eligible to bring their families overseas to join them in Australia.

"We've been living in Australia eight years but we don't have the right to bring our loved ones here to live with us together in a peaceful environment."

Zaki said he feels like he's been "treated like a second-class citizen" his entire life - both in Afghanistan and in Australia.

"Back in Afghanistan, being from a minority ethnic group we have been persecuted or treated like a second-class citizens of the country."

A decade ago, as the Taliban's fundamentalist ideology was putting a stranglehold on his homeland, the pursuit of education became a deadly ambition. Zaki lost his brother, a university student, then his father, who was accused of working with international forces. Petrified of her younger son's fate if he refused to join the Taliban, Zaki's mother made the decision to send her teenage son overseas.

With limited English skills and next to no money, Zaki boarded a people-smuggling boat before arriving on Christmas Island.

Eight years on, after completing two diplomas, being awarded the NSW government's International Student of the Year Award in 2015 and now working full time at the Australian National University (ANU), he said he still feels stateless.

"I don't feel like I'm a citizen of any country and I don't have the privilege or the rights of a normal first-class citizen," he said.

Sarah Dale, centre director and principal solicitor at RACS, said Zaki is an example of the tens of thousands of people who are ineligible for permanent protection in Australia because they arrived by boat, a ruling made by the Abbott government in 2014.

"In essence, we're punishing people for their mode of arrival, which is in direct contravention to the Refugee Convention and a human rights issue," she said.

"If they had arrived by plane ... they would not be in this situation. They would be in Australia on permanent protection visas, applying to sponsor their families and eligible for citizenship."

"Australia has a long history of accepting refugees for resettlement", Parliament of Australia material states.

"Although those who come to Australia by boat seeking Australia’s protection are classified by Australian law to be ‘unlawful non-citizens’, they have a right to seek asylum under international law and not be penalised for their mode of entry."

But the Department of Home Affairs has remained firm on how long such people can stay.

"The government’s policy is clear – no one who attempts illegal maritime travel to Australia will be permanently settled here," a spokesperson told SBS News in October.

This year has been especially hard on many refugees and asylum seekers in Australia, and while a vaccine is in sight for many, for people like Zaki, uncertainty remains.

Those awaiting a decision on their visa or status have had no access to financial support during the COVID-19 pandemic.

Holders of a TPV or SHEV can "live, work and study in Australia temporarily ... [and] access government services such as Jobactive, Medicare and Centrelink services," the Department of Home Affairs states on its website.

They can also "access short-term counselling for torture and trauma when required" and "attend 510 hours English language classes for free ... [and] travel overseas to countries other than your home country" under certain circumstances.

But advocates for those in that situation say it doesn't go far enough.

"We are a welcoming country, we are a country that celebrates diversity and we can do that by offering permanent protection to people that need our help," Ms Dale said.

Zaki said he feels lucky to have his work at the ANU, but like so many others in the community, he has been dogged by mental health issues. His campaigning for the rights of refugees and asylum seekers helps him to keep him focused.

One day he hopes he can make Australia his permanent home and be reunited with his loved ones.

"Every human being deserves a safe place to call a permanent home, the right to live with your family," he said.

Share
Published 10 December 2020 at 7:35am
By Caroline Riches
Topics
ImmigrationAustralia