The tragedy has raised questions about why tourists were allowed on a volcano where experts had recently raised threat levels.

Adventure tourism is a key part of New Zealand's international appeal but the White Island volcano eruption is a tragic reminder that such activities carry genuine risk that must be better explained to travellers, experts say.

The South Pacific nation offers a wealth of adrenaline-fuelled pursuits, from heli-skiiing on snow-capped mountains to ballooning and blackwater rafting through caves.

Some, such as bungee-jumping, jet-boating and zorbing -- where you hurl yourself down a hill inside an inflatable ball -- were invented or popularised in a country that prides itself on catering to intrepid visitors.

The tourism industry as a whole is among New Zealand's biggest earners, generating about NZ$16.2 billion ($10.7 billion) and attracting 3.8 million international visitors annually.

"Adventure tourism is a massive sector in New Zealand. We are promoting ourselves as the adventure capital of the world," professor Michael Lueck, a tourism expert at Auckland University of Technology, told AFP.

New Zealand is also renowned for its rugged landscapes, which feature prominently films such as Kiwi director Peter Jackson's "Lord of the Rings". 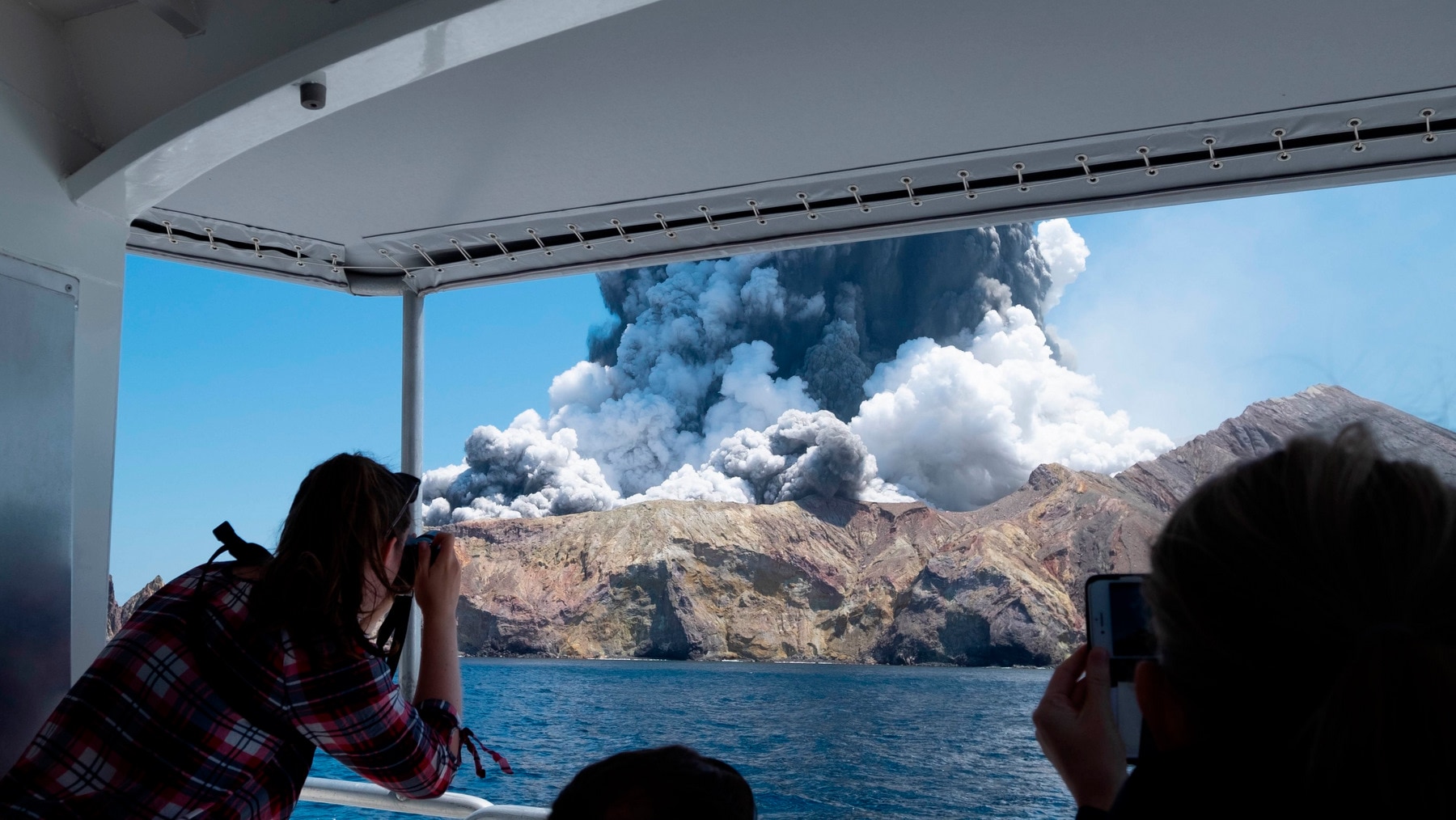 Tourists on a boat look at the eruption of the volcano on White Island.
Michael Schade

Day-trips to White Island combined both, taking tourists including cruise ship passengers to a desolately beautiful island off the North Island coast where they could experience the thrill of standing on an active volcano.

Instead, at least 16 people are believed to have died and dozens suffered horrific burns when 47 tourists and guides were caught on the island during Monday's eruption.

The disaster has raised questions about why tourists were allowed on a volcano where experts had recently raised threat levels, as well as broader issues about the regulation of risky activities in the tourism sector.

"There will be bigger questions in relation to this event," Prime Minister Jacinda Ardern told parliament after the eruption.

"These questions must be asked, and they must be answered."

The disaster on White Island -- also known as Whakaari -- is not the first mass-fatality accident to affect tourists in New Zealand.

In 2015, seven people were killed when a scenic helicopter flight crashed into Fox Glacier. Two years earlier, a hot-air balloon claimed 11 lives and in 2010 nine died when a plane carrying skydivers plunged into a paddock.

Briton Chris Coker's son Brad, 24, died in the skydive plane crash and since then he has campaigned from afar for tighter regulations in New Zealand's adventure tourism sector.

"In my opinion, the New Zealand authorities... are still slapdash about tourist safety," Coker told news website stuff.co.nz after the White Island eruption. 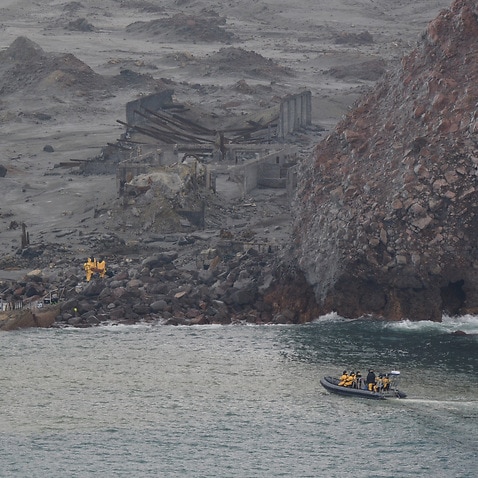 "To run tourists there is insane. I know they signed a waiver and so on, but it's not really taking care of people."

"Operators take all practical actions to minimise the risks and the safety culture of individual operators remains the key factor in preventing accidents."

Roberts said the issue was not tourism operators, but the alert system they relied on at volcanic destinations such as White Island, which attracts about 17,000 visitors a year.

The GeoNet monitoring agency raised White Island's threat level in the week before the eruption but also advised current activity "does not pose a direct hazard to visitors".

"The reviews need to look at the science and specifically the guidance provided about volcanic activity, and whether the operating practices followed for the past 30 years need to change," Roberts said.

Travel companies such as White Island Tours brief customers before setting off and require them to sign a waiver declaring they understand the risk, as well as supplying equipment such as hard-hats and gas masks.

However, some relatives of those affected by the eruption have expressed scepticism that their loved ones truly appreciated the potential danger they faced. 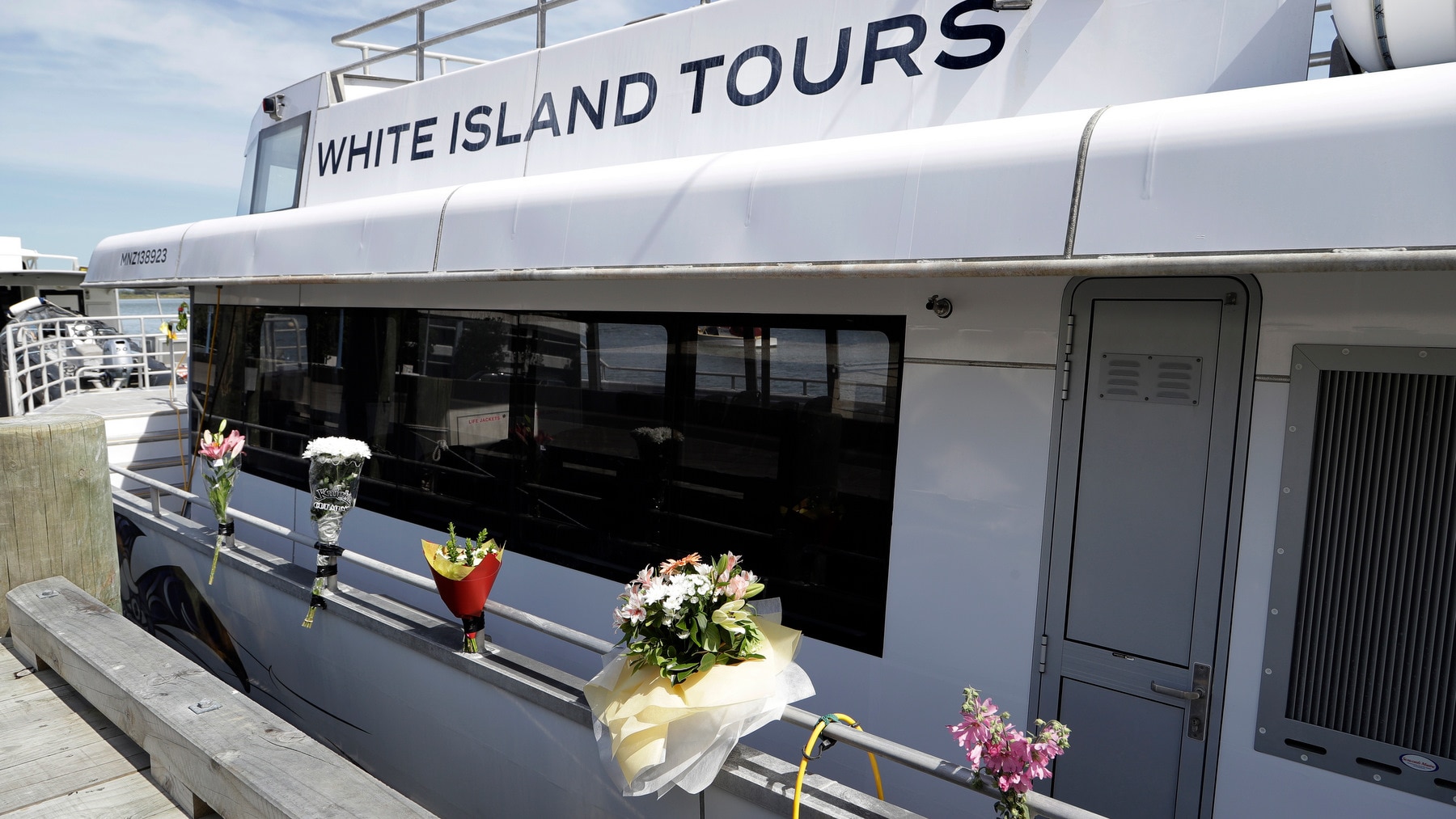 Bouquets of flowers sit on one of the two tour boats that went to White Island.
AAP

Options for legal redress are limited under New Zealand's Accident Compensation Commission scheme, which covers victims' medical bills and provides modest compensation but does not allow civil suits for damages.

Neither Roberts nor Lueck expected the White Island eruption to hit international arrivals in New Zealand, which have continued to climb despite major earthquakes in 2011 and 2016.

The nature of any review arising from White Island remains uncertain, but Lueck said at the very least tourists needed to be better informed about any risks.

"Operators and tourism boards should have tourists understand what these risks are, and not brush over quickly signing a waiver," he said.

"Only then can tourists make an informed decision and decide whether or not they want to take that particular risk."