Volkswagen AG says it is weighing up whether to appeal an Australian record $125 million fine for breaching consumer law. 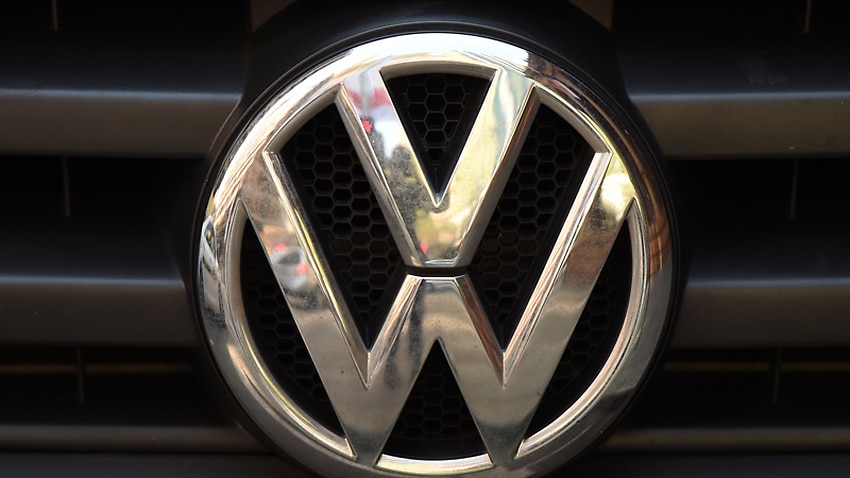 Volkswagen was hit with a record $125m fine by the ACCC for diesel emissions breachs. Source: AAP

German auto giant Volkswagen AG says it is weighing up whether to appeal an Australian record $125 million fine for breaching diesel emissions standards, stating a previous $75 million penalty agreed with the ACCC was "fair".

The $125 million penalty - the biggest on record for a breach of Australian consumer law - was handed down on Friday after the Federal Court declared by consent Volkswagen AG did not disclose the existence of "two-mode" software when it sought approval to supply and import more than 57,000 vehicles into Australia between 2011 and 2015.

The consumer watchdog celebrated the record fine despite being lambasted by a Federal Court judge in October for the apparent softness of its preliminary deal with the carmaker.

ACCC chair Rod Sims said the public could expect a trend towards higher penalties for breaches of consumer law.

"We are going to see penalties of way over $100 million as the norm," Mr Sims said on Friday.

Volkswagen's scandal centres on claims software made its diesel cars, utes and vans operate in two modes: one that was designed to test well and another that operated when the vehicle was actually being used and which produced higher emissions.

Despite admitting the wrongdoing, the carmaker said it was considering appealing the $125 million penalty on account of it outstripping a deal struck with the ACCC for a $75 million fine plus $4 million legal costs.

"Volkswagen AG firmly believes that the penalty of $75 million agreed in principle with the Australian Competition and Consumer Commission to resolve the regulatory proceedings was a fair amount and is carefully reviewing the court's reasons for deviating from that amount," the company said.

Read More
What is the Volkswagen 'Dieselgate' emissions scandal?

Federal court justice Lindsay Foster in October said the initial deal negotiated between Volkswagen and the ACCC was "outrageous" and should be "multiples of that amount" considering the scale of the scandal and wealth of the company.

Media reported at the time that Justice Foster described the deal as "not a lot of money for Volkswagen", while he also appeared to criticise the ACCC for not pushing hard enough.

In a release on Friday, Mr Sims said Volkswagen AG's conduct had been blatant and deliberate but he made no mention of the previous $75 million agreement with the company.

The watchdog pointed out that the previous highest penalties of $10 million for Coles, Ford and Telstra were recently overtaken by penalties of $12 million against We Buy Houses and then penalties of $26 million ordered against vocational training provider Empower Institute.

The maximum $1.1 million penalty per breach was increased by federal parliament to the greater of $10 million, three times the value of the benefit the company obtained from the act, or 10 per cent of a company's annual turnover.

Mr Sims would not comment on the potential of a Volkswagen appeal but noted any such action would extend the case further beyond its three-year run time.

Volkswagen's $125 million fine also comes as Australia's corporate regulator begins civil proceedings in Federal Court against a unit of Volkswagen AG for allegedly not making appropriate checks before giving out 49,380 loans to consumers.

The Australian Securities and Investments Commission has alleged that Volkswagen Financial Services Australia did not make required inquiries into borrowers' living expenses or if the loans were unsuitable for them.