The gender mix of lower house candidates this federal election is the closest to equal it has ever been, with increasing gender diversity in the Greens, Labor and the Coalition.

Australian women are better represented in this year’s lower house election than ever before, the release of candidate details for this election shows.

For the first time in Australian political history, the percentage of candidates who are women in the house of representatives, or lower house, is above 30 per cent.

For more than two decades women have made up about 27 per cent of the candidates for the lower house.

During this time, the gender diversity of elected members in lower houses of other countries has caught up to Australia.

This election women make up 36.2 per cent of all upper house candidates, which is roughly the same level as in the 2007 and 2010 elections.

The gender mix for candidates this election has moved closer to parity in the Australian Greens, the Australian Labor Party (ALP) and in the Liberal Party of Australia. The Greens remain the most gender diverse of those three.

The increased gender diversity of lower house candidates could translate into more elected female politicians, but that depends on whether those candidates have a chance of winning their seats, Professor Carol Johnson from the University of Adelaide said.

Her research includes Australian politics and gender in politics.

“If you are serious about getting more women into parliament, you need to have a reasonable number in seats they have a real chance of winning,” Professor Johnson said.

The Australian Electoral Commission (AEC) defines a “safe” seat as one where the current member won with 60 per cent or more of the two-party-preferred vote at the last election.

In the 25 safest Labor-held seats, which Coalition candidates will struggle to win, the Coalition has a slight over-representation of women compared to its gender distribution for all its lower house candidates.

Labor has a slight under-representation of female candidates in these safe Labor seats.

For the 25 safest Coalition-held seats however, the Coalition has just two female candidates.

SBS News asked the Liberal party if it prefered to have male candidates in its safest seats.

Liberal Senator and Minister for Women Michaelia Cash said pre-selection should go to the best person for the job in each electorate.

“But that does not mean, at a grassroots level, we should not ensure that more women are putting themselves forward, and it is for each division to ensure this is occurring,” Senator Cash said.

She said she personally supported women making progress within the party.

The Greens have candidates in every seat, including the safest Coalition and Labor seats, and many of those are female candidates.

Greens leader, Senator Richard Di Natale, said the Greens were focusing on eight seats in the lower house and female candidates were in six of those.

The ALP has a quota for women to make up 40 per cent of candidates in winnable seats and that quota will rise in 2022. Who said that? The difficulty telling our politicians apart

“Women are more likely to be pre-selected to safe positions on the senate ballot than they are safe seats on the house of representatives,” Professor Smith said.

He said it was more common to find an over-representation of female candidates in marginal seats and in the opposing party’s safe seats.

Another reason women have traditionally gone for upper house positions is the nature of proportional representation, where a single vote above the line goes to a group of politicians.

“The argument is that proportional representation systems allow more female and minority representation - you can share the rewards around,” Professor Smith said.

“If you vote above the line on this year’s ballot paper, you are voting for a list of people below the line. It’s up to the parties to organise the order of that party’s candidates.”

This year voters will have the chance to choose which senate candidates they vote for as they can number at least 12 boxes below the line on the senate ballot paper. The AEC has more detail on this. 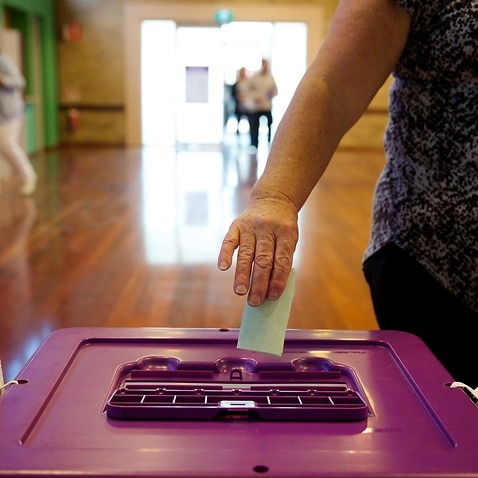 In the house of representatives, voters decide who their preferences go to by numbering each box.

Professor Smith said there was no evidence to suggest voters were less likely to vote for female candidates because of unconscious bias, sexism or otherwise.

Former Nationals MP Kay Hull said the lower levels of public scrutiny of candidates was another reason women tended to go for senate positions over the house of representatives.

“It’s a much easier process to go through a senate election than it is to go through a house of representatives election, where you’re on the ground and being judged by the people,” Ms Hull said.

Ms Hull was the member for the seat of Riverina (covering Wagga Wagga and surrounds) before she retired from politics.

“Without a doubt women come under more scrutiny," she said.

"I think it’s an unconscious bias.”

She said women needed to be less afraid of potential political defeat and have a go.

“I know from personal experience, when I was looking for replacements for me when I was going to retire, the women I sought to stand as candidates literally decided that they wouldn’t because I couldn’t guarantee them that they would be preselected by the Nationals’ rank and file,” Ms Hull said.

“The women felt that they would come under such scrutiny that, if they showed their hands in politics and they were not successful in gaining pre-selection, that somehow their careers may suffer, or their personal lives may suffer.”

Once in parliament, the scrutiny of female politicians would continue, Ms Hull said.

“I believe that Julia Gillard, for prime ministerial capacity, was as capable as any person, male or female, could ever been for the role," she said.

"But she came under significant question because of her gender.”

An enduring image of Julia Gillard’s prime ministership is the image of then-opposition leader Tony Abbott standing in front of a sign with offensive terms directed at Ms Gillard.

It was instances like this which prompted Ms Gillard to make her famous misogyny speech in which she accused Mr Abbott of using language against her that would never be used against a man.

More recently, Mr Abbott’s former chief of staff Peta Credlin said in The Australian she was treated unfairly in her role for being a woman, a sentiment Mr Abbott had also expressed.

However Ms Hull said she did not think misogyny was the issue facing female politicians and Ms Gillard’s speech was a disservice to Australian women.

“A woman in politics has to work harder than a man,” Ms Hull said.

“To label the pressures of being in parliament misogyny really does nothing to enhance the aspirations of young women, older women, mature women, to enter any area where they may come under question or may have their views attacked.”

The argument over what barriers existed for women had been going for 20 to 30 years, Professor Smith said.

“The Liberal party will still say there’s no fundamental barriers," he said.

"If there’s anything there’s a bit of unconscious bias, but it’s mostly women who need to get involved [and] it’s their lack of confidence.

“The Labor line will be there are barriers, and you need to do more than just encourage women - you need to change your party rules to say ‘we’re really going to aim for gender equality’.”

Ms Hull said she was certain gender parity in the national parliament would be a good thing for Australia, as women were just as capable as men.

“It should come down to merit, and that’s when we will have more women in the parliament," she said.

"When it comes down to merit, we will see the gap narrow.”

The impact of living with a suspected narcissist