The group's chief executive Phil Newman said the responses it received back indicated the major parties were out-of-step.

TIA published its letter and the responses from the Coalition and Australian Labor.

The Coalition's response to the letter stated the current system of political financing was balanced and talked down the benefits of a federal anti-corruption body - a claim Mr Newman found "disappointing".

The Greens and Nick Xenophon Team provided no response.

Labor's response included proposals for more transparent political donations and a Royal Commission into the banking and financial services industry.

Mr Newman labeled this response "solid without being particularly ambitious". “What is clear is the major political parties and our politicians appear out-of-step with voters on the importance of integrity – especially on the need for a federal anti-corruption agency," Mr Newman said.

"It's surprising given recent reports of allegations about corruption concerning political donations, suspected smuggling and visa scams integrity has not featured prominently in any major political party or independent candidate priorities."

The OGP is an international agreement Australia has joined, where targets will be set to "promote  transparency, empower citizens, fight corruption, and harness new technologies to strengthen governance", the OGP website states.

Before that, the government must submit a National Action Plan.

The Civil Society Network was established after Australia committed to the OGP with the aim of helping the federal government set its OGP National Action Plan.

Any Australian can join the network to help set targets.

Labor said it was committed to the OGP, but did not mention the Civil Society Network.

The Coalition said they had "engaged extensively with relevant stakeholders".

Not everyone agrees consultations have been adequate.

There were four two-hour public awareness sessions in Brisbane, Sydney, Canberra and Melbourne just before Christmas.

"A workshop in Canberra in early April was the only opportunity for discussion between interested parties," Mr Timmins said.

"No details were provided of some proposals suggested by government agencies.

"Nothing has been said publicly about reform commitments under consideration since that time."

Since entering the caretaker period, the government has said nothing about the OGP except that the plan would not be submitted on time, Mr Timmins said. 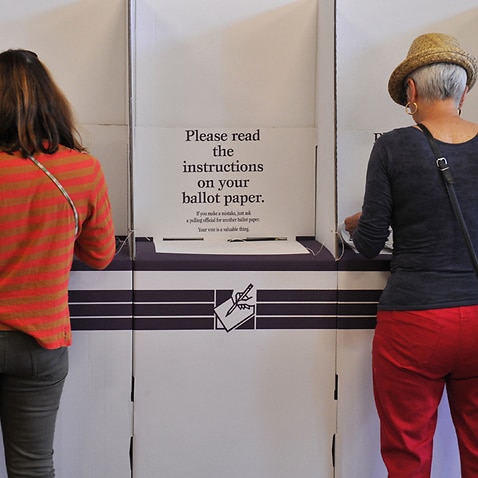 In late June, the Civil Society Network published its own open letter calling on whichever party formed government to engage more with the community after the election and set aside more time to complete the National Action Plan.

SBS News asked the major parties for a response. The response came from the Department of Prime Minister and Cabinet (PMC), who are responsible for Australia's part in the OGP.

The PMC told SBS they would submit their NAP late.

"It should be noted that there is no requirement for Governments to formally seek an extension, or approval of the revised timeline," a spokesperson for PMC said.

They could not confirm the new timeline as the government was in caretaker mode, the spokesperson said.

Mr Timmins said the date for submitting the plan needed to be extended in order for the National Action Plan to be sufficient.

"Given the absence of any dialogue between the government and those outside since April, a plan submitted close to time but without the requisite public consultation would be seriously deficient and non compliant with OGP rules," he said.