The rollout of the National Disability Insurance Scheme needs to give further consideration to members of culturally and linguistically diverse backgrounds, according to the peak body of those communities.

There are crucial gaps that still need to be addressed in the policies of both major parties towards multicultural communities, according to the peak national body for culturally and linguistically diverse Australians.

The Federation of Ethnic Communities’ Councils of Australia said while there have been a number of policies announced by all parties, a “much stronger commitment” is needed to make a difference to people of CALD backgrounds.

“There are gaps that still need to be addressed,” Acting FECCA chair Eugenia Grammatikakis told SBS.

“We have advocated for all parties to make a much stronger commitment and to consider further details in their policies around what measures they will put in place.”

Ms Grammatikakis cited the National Disability Insurance Scheme as an initiative her organisation “fully supports,” but raised concerns about whether the needs of people from different ethnic backgrounds will be considered as the scheme is rolled out.

“We would like to see greater representation and [more of a] voice given to members of different ethnic communities through the process,” Ms Grammatikakis said.

“There are structures in place that are not necessarily fully representative.” Labor leader Bill Shorten marked the roll out of the $22 billion NDIS in Sydney this morning. It is now being introduced in stages around the country over the next three years.

“It is a cause for hope not just for people with disability and their carers,” Mr Shorten said.

“But when people with disability and their carers are able to change the political debate in this nation, then there is a cause of hope for this nation.”

Both major party leaders have used various stages of the eight-week election campaign to make their pitch to multicultural Australia. At the National Press Club on Thursday, Mr Turnbull was asked by SBS about his message for those communities, using his reply to reiterate the coalition’s message of jobs and growth.

“Our 24 million Australians, magnificent in our diversity, remarkable in our success as a multicultural nation, they are our greatest asset,” Mr Turnbull said.

“To be able to realise their dreams they need that strong economic growth.” 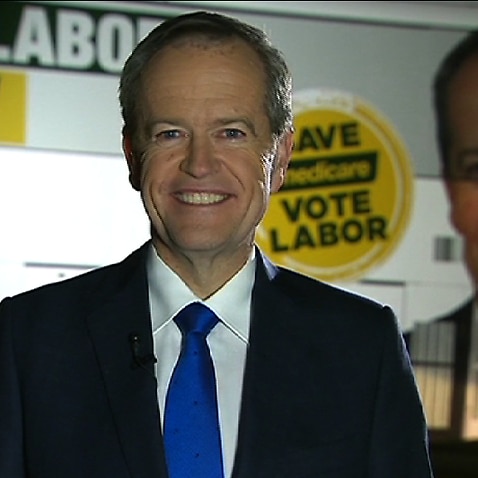