Speculation still surrounds the fate of billions of dollars in so-called 'zombie' measures the Coalition has been trying to pass since 2014.

Welfare groups and single parents remain concerned a recent freeze on Family Tax Benefits could be a sign of things to come in tomorrow night's Federal Budget.

In April, the Senate passed legislation that saw FTB payments frozen for two years - a saving of $1.4 billion.

But it came after the Coalition made several attempts to pass its omnibus bill, a series of further cuts ranging from abolishing end-of-year family tax supplements, to making the unemployed wait four weeks before receiving the dole.

Single mother Louisa Forrest said she "pays attention" during Budget time. Since her divorce she's been raising two children on around $30,000 in government benefits per year.

"You just sort of get on with it, but it's a struggle most of the time," Ms Forrest said.

"I'll do a freezer inventory or a pantry inventory every month and then map out the month's meal plan, work out what I got, then go out and buy the staples I need to get through a month's worth of meal planning."

"Can I stretch $20 this week to feed the three of us? That to me is a fun sort of challenge," she said.

"I live in such a way that we can manage. Is it ideal? No. But there's no point in getting emotional. I just have to handle the practicalities and stretch things just a little bit further."

In recent weeks, Treasurer Scott Morrison has indicated most of the so-called 'zombie measures' would be dumped.

But Cassandra Goldie, CEO of the Australian Council of Social Service, is worried tomorrow's Budget announcement could end up being an "accounting exercise".

"What I mean is they'll say 'well, we've dropped the zombie measures because the credit rating agencies say you're never gonna get those through'," she explained.

"But instead they get replaced with different kinds of cuts effectively hitting people on lower and modest incomes." 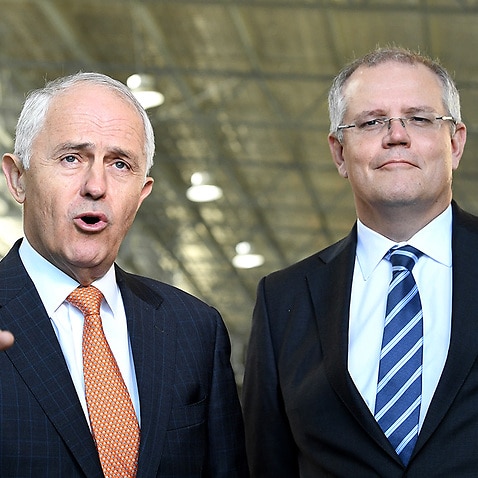 Last month, a study by Australian National University reviewed the total impact of cuts to welfare from 2005 onwards.

Taking the government's so-called 'zombie measures' into account, it found a sole parent with two children working on the minimum rate for up to 25 hours a week would be more than $6,000 worse off compared to 2005.

"When we look at the current policy, so not taking into account the omnibus savings, these families are usually worse off by about $4,000-$5,000 per year, and that's independent of whether they're working or not," he said.

Ms Forrest said while her family had been hit hard by previous Budget announcements, she remained hopeful she wouldn't have to rely on Centrelink payments much longer.

"Overall, I think there's probably going to be continued decisions in future Budgets that will effect us," she said. "But at the end of the day we just have to roll with the punches or figure out a way to make more income and stand on our own two feet, which is the plan."