An outspoken supporter group of A-League football club Western Sydney Wanderers has deleted, but refused to apologise for, a controversial social media post made ahead of this weekend’s Mardi Gras.

The Wanderers’ active supporter group the Red and Black Bloc (RBB) said on Wednesday its "takeover" of Sydney's FC’s home ground in Jubilee Stadium, the location of Friday night’s Sydney derby, would be made easier because of the LGBTQIA+ pride festival's parade.

“In what would be a busy week for most [Sydney FC] supporters with Mardi Gras to attend, our takeover of Kogarah is imminent," the RBB's post to Facebook said. The Wanderers swiftly condemned the comments, labelling them “unacceptable,” while asking the RBB to remove the post, adding that “discrimination in any form is unacceptable”.

While the RBB took the post down a few hours after it was posted, the group did not distance itself from the comments in a post to Instagram on Thursday morning.

“As advised by the club, we have removed our previous post as it may have unintentionally been offensive,” the post said.

“We do feel though that an apology would be misplaced, as each and every person is entitled to celebrate and practice their sexuality as they deem appropriate.”

The post has divided fans on West Sydney Football, an online supporter forum dedicated to the 2014 AFC Champions League winners. The RBB congregates outside ANZ Stadium prior to a A-League fixture.
AAP

"70% of Western Sydney voted no to SSM, I don't get the outrage at the views of the majority right or wrong," one user wrote.

“The RBB should be accepting anyone from the LGBT community,” another posted. 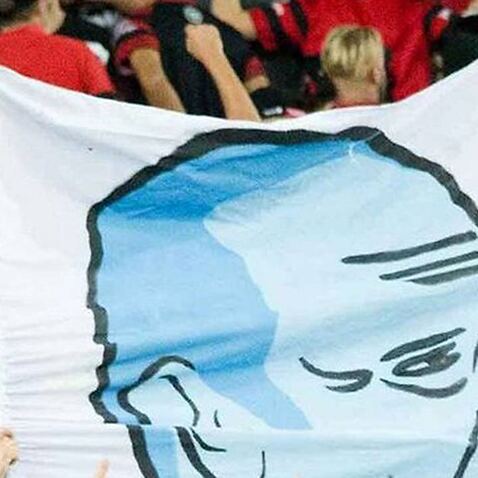 It is not the first time the RBB has courted controversy in this area.

In 2017, 14 RBB members were banned by the club for unveiling a banner at ANZ Stadium which depicted former Sydney FC coach Graham Arnold engaged in a sex act.