Cyber security experts have raised concerns about potential government moves to weaken encryption technology, which is being increasingly used by individuals, companies and governments to keep information secure.

Cyber-security experts have raised concerns about the federal government’s counter-terrorism plans to crack down on encrypted messaging, saying that it may do little in the fight against terrorism and could lead to “a game of whack-a-mole” with new services to replace compromised ones.

The Turnbull government reportedly wants technology and telecommunications firms to cooperate with them in a bid to stop terrorists using encrypted messaging services to evade authorities.

Details are scarce but Attorney-General George Brandis will be in Canada next month to attend a meeting of the “Five Eyes” intelligence network in Canada.

Prime Minister Malcolm Turnbull says the meeting will be about ensuring “terrorists and organised criminals are not able to operate with impunity within ungoverned digital spaces online”.

Encryption technology is being increasingly used by individuals, companies and governments to keep information secure.

Encrypted messages are scrambled into a code using an algorithm, meaning it can be intercepted, but not deciphered, on the way to its destination.

Only the intended recipient has the algorithm, or key, to be able to unscramble or decrypt the original message.

End-to-end encryption means not even the server, operated by providers such as WhatsApp or Facebook, can decrypt it.

Even if the tech companies wanted to do so, the data could not be descrambled and passed on to authorities.

Mr Turnbull has denied the government will be pushing for a so-called "backdoor" to be built into encrypted messaging systems.

“Now this is not about creating or exploiting 'backdoors' as some privacy advocates continue to say despite constant reassurance from us. It is about collaboration with and assistance from industry in the pursuit of public safety,” he said.

“Alternatively anyone who wants to stay away from the government is able to go and get open source encryption libraries - make their own app, run their own servers and then they don't have to pay attention to the government at all,” he said.

Electronic Frontiers Australia said even if the major tech players dilute the strength of their encryption technology, it wouldn't stop those with a sophisticated understanding of the technology.

“This is an issue with encryption as well, if we start breaking certain encryption technologies people will just move on to others," he said.

“Then you're in a bit of an arms race or a game of ‘whack-a-mole’ and eventually the really sophisticated terrorists and organised criminals are going to be well ahead of anything that the government's doing."

Chris Gatford, the director of HackLabs, said weakened encryption could be exploited by criminals.

"If provider were to create a backdoor for governments to get access to certain messages, it's inevitable that hackers and hobbyists would find the backdoor also and make use of it,” he told SBS World News.

“And you're weakening the overall design of the encryption which then puts the average person who uses that application at risk as well."

“And then we start going down to social media feeds and all the other things that people are doing out there, this gives a really good picture of the sorts of people that are out there and the sorts of things they are doing," he said. 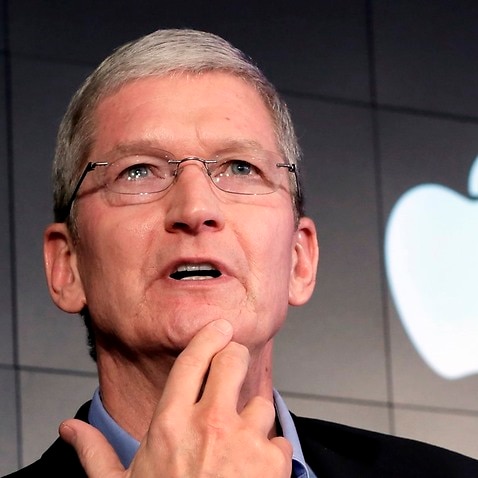 What’s really at stake in the Apple encryption debate