A man severely injured in the Whakaari volcano eruption has died at Sydney's Concord Hospital, after being medically transferred late last week.

A man has died at Sydney's Concord Hospital from injuries suffered in the Whakaari volcano eruption.

He is the first victim of Monday's disaster to die after being flown home for treatment and takes the official death toll to 16 after another person died in a New Zealand hospital overnight. Another two are presumed dead.

The family has requested the man's name and age not be released and have asked for privacy.

Of the 28 Australian citizens and permanent residents who were visiting the island at the time of eruption, 16 are believed to have died.

Twelve remain in Australian hospitals, with at least nine in a critical condition.

Mr Langford was in New Zealand to celebrate his 51st birthday with his family.

His wife Kristine and daughter Winona are missing, presumed to have died on White Island on Monday. 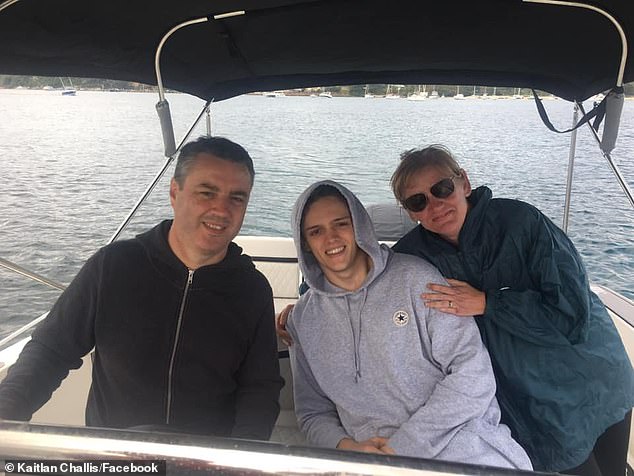 Last week, 19-year-old son Jesse was found alive in hospital but is believed to have sustained burns to 90 per cent of his body.

"Our thoughts are with her immediate family and we also extend our heartfelt condolences to all of Krystal's family and friends at this very difficult time," the university said in a statement on Saturday.

Teenage brothers Matthew and Berend Hollander, who had lived in Australia for about five years, were also named by NZ police as among the dead.

Their parents Martin and Barbara Hollander, who is a US citizen, are also believed to have died in the disaster.

On Sunday morning, the Australian Republican Movement paid tribute to Martin Hollander, who had been the secretary of the NSW branch.

"He was a strong believer in an Australian republic, seeing the issue from a unique perspective with his wife and children born in the United States and having worked and lived overseas for many years," NSW Convenor Stephen Dametto said in a statement. Martin Hollander spoke about his family in an interview released by the ARM.
YouTube

"He will be sadly missed and our thoughts are with his family and friends."

The family of four moved from Chicago to Australia about five years ago.

The ARM released an interview with Mr Hollander recorded earlier this year when he spoke about his family and his pride in being an Australian.