A sperm whale has washed up on the Scottish coast with rope, netting, and plastic in its stomach.

A juvenile sperm whale has been found with nearly 100 kilograms of debris, including plastic cups, fishing nets, rope, packing straps and bags in its stomach.

The male whale was found stranded on Seilebost beach, off the Isle of Harris in Scotland last Thursday. 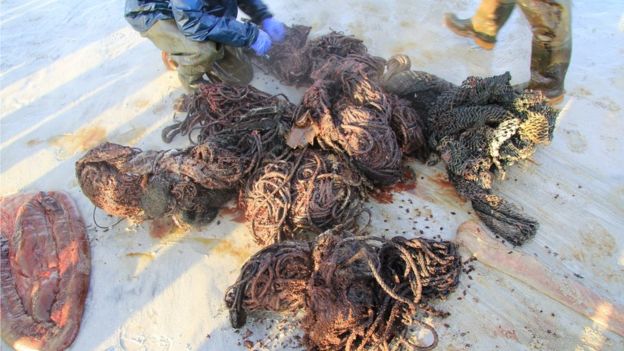 The Scottish Marine Animal Stranding Scheme (SMASS) conducted an autopsy on the whale and said its stomach “exploded” with waste as they cut into it.

Locals and onlookers on the beach said they were horrified by the waste inside the whale and are sure it would have played a role in the whale’s death.

Dan Parry, a resident from the nearby town of Luskentyre, told the BBC that it highlighted the issues with marine pollution.

"It was desperately sad, especially when you saw the fishing nets and debris that came out of its stomach."

However, the findings of the autopsy suggest that while the plastic ball would have contributed to the whale’s poor health, there are no signs that it blocked the whale’s intestines.

A statement posted to the SMASS’ Facebook page said more needs to be done to reduce plastic waste and pollution.

"This amount of plastic in the stomach is nonetheless horrific, must have compromised digestion, and serves to demonstrate, yet again, the hazards that marine litter and lost or discarded fishing gear can cause to marine life." 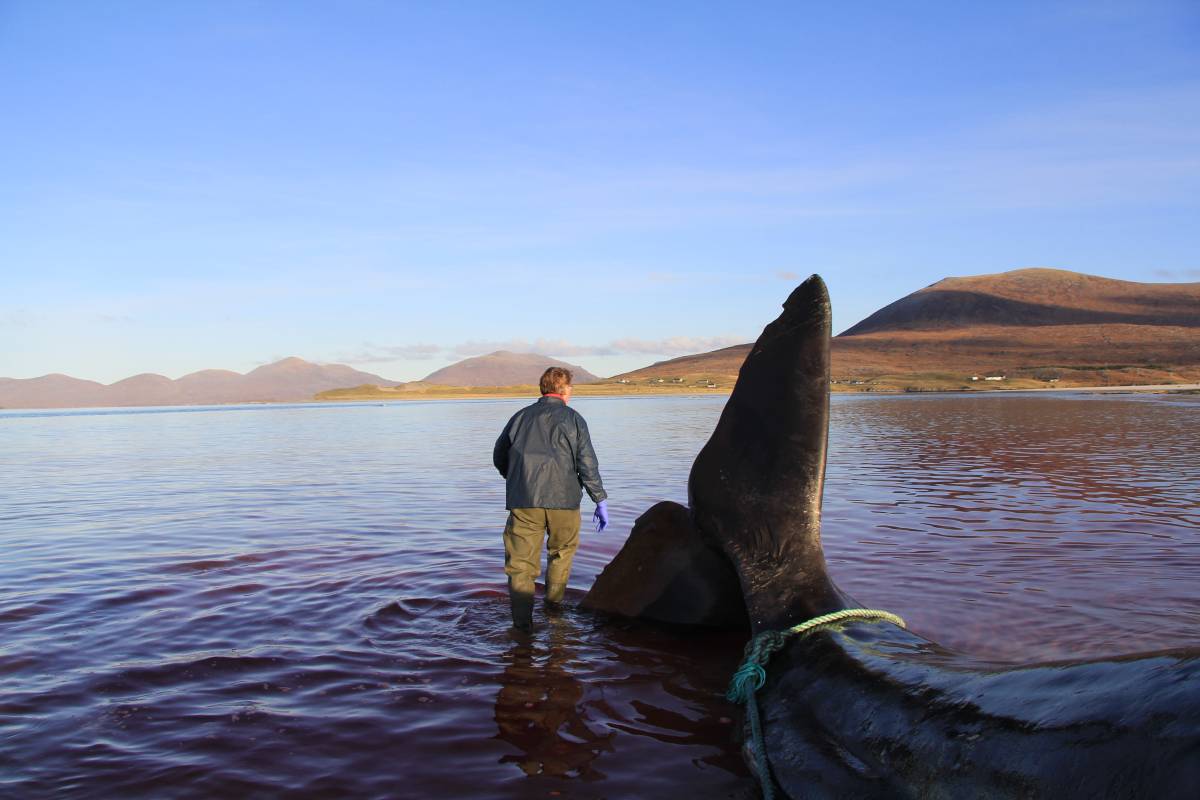 It also reiterated that humans are responsible for the pollution found in the whale.

"It is also perhaps a good example that this is a global issue caused by a whole host of human activities. This whale had debris in its stomach which seemed to have originated from both the land and fishing sectors."

In January, the SMASS reported that 2018 had the highest number of marine animal strandings in Scotland, with an increase from 204 reports in 2009 to 930 reports last year.

Dr Michelle Blewitt, the program director for Australia's Microplastic Assessment Project says the number of whales dying due to waste ingestion is increasing.

“There are certainly far more incidences presently that have resulted as a product of marine debris in the environment. And we’re hearing more and more of this. Because marine litter in the world’s ocean is a significant problem at the moment”

“We are seeing whether it’s a small piece of litter, or large bags, that animals are ingesting it around the world.”

She says it's up to everyone to take small steps to help reduce the amount of plastic in the ocean.

"It comes down to us as consumers to make those positive choices in life, not only for eliminating single-use plastics out of our life but also when you’re at the beach or near any kind of waterway, anywhere in the world is to pick up and take your rubbish with you.”

Due to its size, the whale was buried on the beach with help from the local Coast Guard and a local disposal group.