It is one of the most important battlegrounds in this year’s federal election - here's what it means and how it might affect you.

Australia's 2019 federal election campaign has so far been all about one thing: tax.

And on Monday night, Opposition Leader Bill Shorten was once again forced to repeatedly defend Labor’s plans to curb negative gearing and limit franking credits, as he appeared on the ABC's Q&A program.

Both moves, he said, do not amount to a new “tax”. Will negative gearing affect you?
AAP

But while members of the live studio audience made their views on Labor’s negative gearing policy known, others have been left scratching their heads wondering why it’s such a hot button issue ahead of the election on 18 May.

What is negative gearing?

In simple terms, it’s a tax offset that closes the gap between how much an investment property costs an owner and how much money they are able to make from it.

According to the Australian Tax Office, an investment property is said to be negatively geared when the property expenses, such as a mortgage or interest, exceeds the income gained from the property, like rent from tenants. Basically, when you are losing money on your investment.

In fact, the term negative gearing can apply to any type of investment in which the expenses are greater than the gain - not just housing. 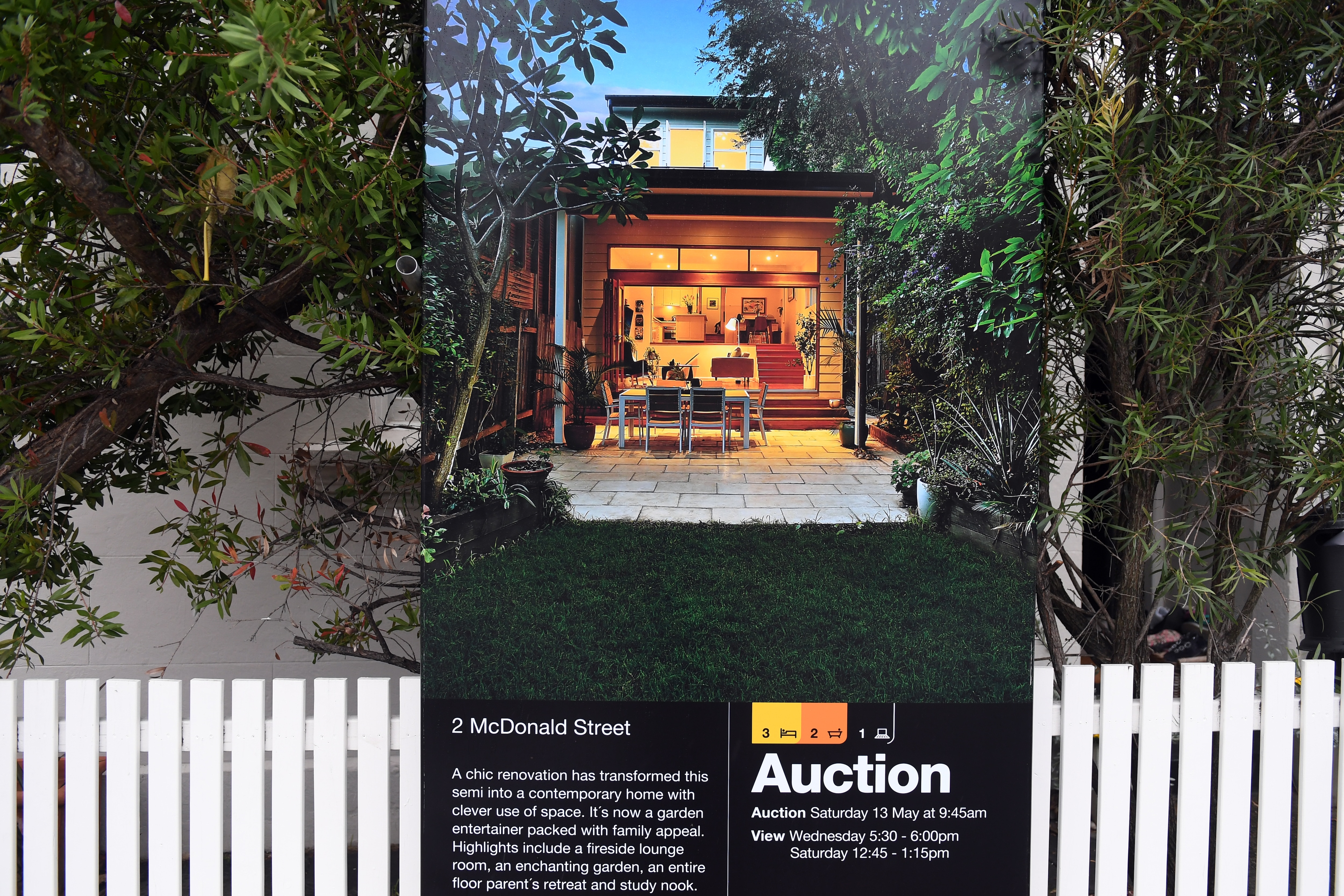 Now, if you are in this situation it’s possible for you to claim these losses as a deduction to the tax you pay on rental and other income, including your salary.

The subsidy ideally encourages people to buy investment properties and rent them out. 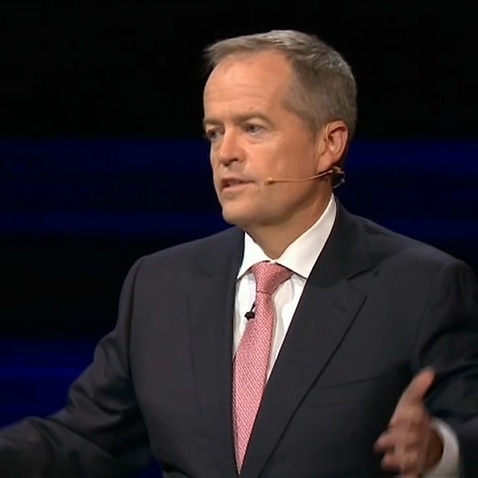 Shorten grilled on negative gearing and franking credits on Q&A

But if the whole point of an investment - property or otherwise - is to make money, why would anyone commit to a negatively geared asset?

There are a number of reasons, including that the loss was simply unexpected. Investors may also hope that the income of the property will increase in the future or that when it comes time to sell, the profit from the sale will more than cover the lost money.

In the first instance, when the rent from a property grows to cover the cost of the investment, it is then considered positively geared and owners are expected to pay tax on the income.

How will it affect me?

This policy has been around for more than 30 years, but there are a number of reasons the debate has come up now.

One is the issue of housing affordability, which has plagued Australia in the last few years. One cause of this, some finance experts argue, is that investors are snapping up more than their fair share of properties, driving prices up for everyone else.

A 2016 Grattan Institute report found the top 10 per cent of earners receive almost 50 per cent of negative gearing tax benefits.

On the other side, supporters of negative gearing argue that scrapping it would cause house prices to fall (more than they already are) and unfairly target small-time investors with one or two properties. If the value of properties decreases, the argument is that rents will then increase - helping no one. Australia's rental market is failing 'most vulnerable people in the country'

Danielle Wood, an economist with the Grattan Institute, told SBS News both sides of the debate have "overstated" how big the effects of the changes will be.

"Younger people are going to be more in favour of the Labor policy and older people that own homes are probably less likely to be in favour."

What is Labor proposing to change?

Labor argues that the current system only benefits wealthy investors who already own a home (or many homes) at the detriment of people trying to break into the property market, including many young Australians who have to compete with property owners already getting a government subsidy. As a result, if elected, a federal Labor government has promised to limit negative gearing on new investment properties from 1 January 2020.

The policy won’t apply to people already receiving negative gearing concessions. Which means, for existing investment property owners nothing will change. This is called ‘grandfathering’ the policy. It will also not apply to newly-built houses.

But when they come to sell, new investors won't be able to negatively gear that property.

"Our changes won't apply to anyone who is currently negatively geared," Mr Shorten said on Monday night in response to a question from an investment property owner.

“What we are saying is … new purchases of existing housing won’t be able to claim a government subsidy.”

But why make the change at all?

Labor argues the change will help give young people and first-home buyers a better chance of breaking into the property market, a prospect which has become unattainable for many.

“What we will do, is stop giving a leg up to people who already have property and investments and level the playing field for first home buys,” Mr Shorten said. Labor claims the government currently spends more than $11 billion a year on negative gearing and capital tax concessions and argue this money would be better spent on schools and hospitals.

Ms Wood agrees that in terms of raising tax revenue, targetting tax concessions - which aren't serving a strong policy purpose - makes a lot of sense but said the changes are no "silver bullet" for first-time buyers.

What does the Coalition say?

The Coalition has attacked Labor’s plans, claiming that under Labor's proposed changes the cost of renting will go up and the economy will suffer.

Their thinking goes like this: without the benefit of negative gearing, investors will be less likely to purchase investment properties to rent out. This will mean less rental properties in total. Supply and demand will then mean owners will be able to charge more for rent.

At the moment, economists are in disagreement about whether this will actually happen - or if it does whether it will create a noticeable difference.

Ms Wood said the Grattan Institute believes there will be barely any effect on rent prices if the changes go through.

While she agrees that there might be fewer rental homes on the market, she said the Coalition's argument ignores the fact that those properties will still exist.

"Rather than being owned by investors they'll be owned by homeowners that live in there. So yes you have fewer rental properties but you also have fewer renters," she said. Treasurer Josh Frydenberg believes the cost of renting will go up and the economy will suffer if Labor's changes to negative gearing are introduced.
AAP

In an opinion piece published in the Herald Sun last year, Treasurer Josh Frydenberg said a reversal of negative gearing would hurt homeowners, renters and investors if property prices drop.

“A significant property price drop could see the equity families have in their homes disappear for some if the debt levels become greater than the value of their assets,” he wrote.

Speaking to reporters on Monday morning, Mr Frydenberg doubled down on his comments, claiming Labor’s policy had “has caused real concern in the property sector”.

“The Master Builders Association will say it will cost 32,000 jobs and lead to 42,000 fewer dwellings being built,” he said. 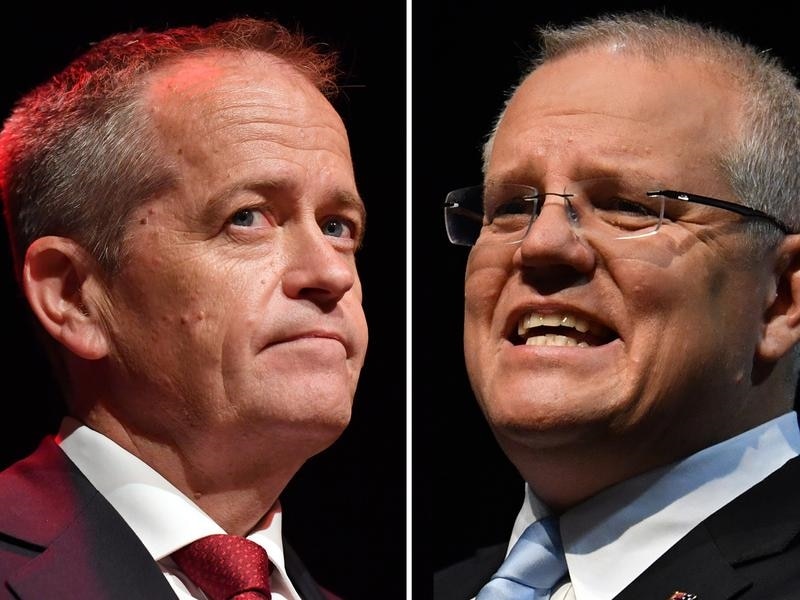 Australia will go to the polls on May 18.
AAP

According to a Fitch Ratings forecast, property prices are currently in decline and Australia looks set to see the world’s worst house price fall this year, a fact the Coalition has jumped on, claiming this will be exacerbated should the new rules come into place.

According to Ms Wood, homeowners might see a small deterioration in the value of their property but the Grattan Institute estimates any changes to house prices as a result of negative gearing would be "in the vicinity of one to two per cent".

The Greens' policy, entitled 'A home for all', sees them phase out negative gearing over five years and prohibiting it on all future investment properties. The party says the money saved will be used to fund affordable housing, protect renters rights and support crisis services.

WHO'S RUNNING IN YOUR ELECTORATE? CHECK OUT OUR INTERACTIVE MAP