Stephanie has spent many evenings talking to Australians on the worst days of their lives. On World Suicide Prevention Day, she shares advice for how everyone can help someone just by reaching out. 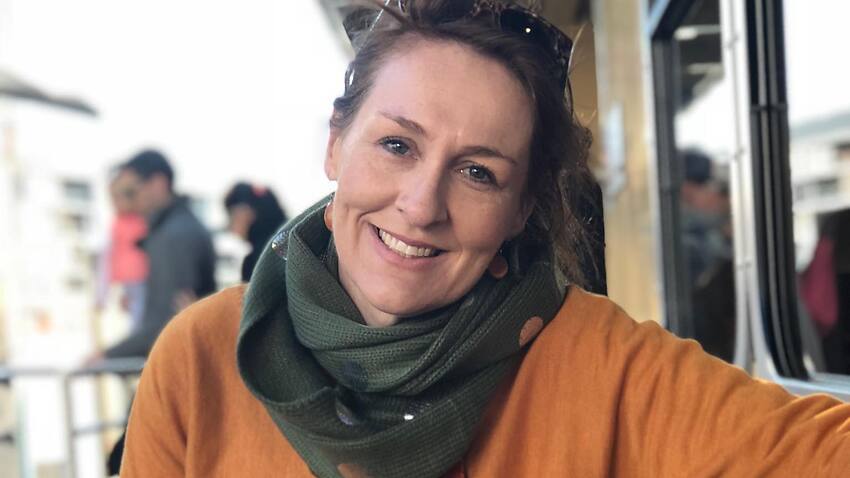 Stephanie Robinson has spoken to many people on the worst days of their lives, and believes it is a privilege to do so. Source: Supplied

For Stephanie Robinson, it’s not the Lifeline crisis calls she has taken that keep her up at night - it’s the ones she hasn't.

“We’ve got a really good strike rate with those that do call us,” she told SBS News on Tuesday, which marks World Suicide Prevention Day.

The 46-year-old, who is the CEO of Lifeline in NSW’s central west, has spent many hours, over four years, talking to Australians on what is often the worst day of their lives.

You don't need to be an expert to talk about suicide. You just need to listen & be ready to help. Check out #YouCanTalk to help get you started #WSPD2019 https://t.co/KF5CK8Fanz pic.twitter.com/e4BcrMjIYN

Sometimes it means assisting people who are at risk of imminent suicide, but often, she said, it is simply listening to people who feel they don’t have anyone else that they can talk to.

“Every time you sign-in to take calls, you never know what you are going to get. So you have to be really mentally prepared for that,” she said.

You never know what you are going to get. So you have to be really mentally prepared for that.

Every day approximately 2,500 people call the Lifeline helpline. It operates as a not-for-profit service across Australia with the people on the other end of the phone all working as volunteers who abide by a strict confidentiality agreement.

The volunteers go through extensive training to be able to recognise and respond to high-risk calls, and much of that, Stephanie said, is working through their own self-awareness and unconscious biases.

“We all view the world through our own lens and experiences … [and] that sort of stuff can influence how we respond to people,” she said. “We have to be very self-aware, that when you sign up for a shift you are able to give that help-seeker 100 per cent.”

According to a study released on Tuesday, suicide deaths are set to grow by 40 per cent over the next decade indicating support services are more important than ever.

An average shift for a Lifeline phone operator lasts four hours. There is no set time limit for how long a phone call will take.

Only recently, one of Stephanie’s staff members had a shift in which he connected with someone who required urgent suicide intervention as well as three high-risk calls back to back, she said.

“Because we are bound down by confidentiality, it's not the sort of stuff that you come home and share with everybody, so it can be really quite a lonely or isolating experience,” she said.

But, she added, there is a strict support system in place to ensure volunteers are able to talk about their experiences with other staff at the end of each shift.

Head of crisis services and quality at Lifeline Australia, Rachel Bowes, said the key to being a good crisis support worker is being a really good listener.

Rachel, 47, spent the first half of her career working as a mental health nurse and counsellor, before moving into mental health outreach organisations, a background she said has helped her develop patience.

Rachel Bowes says listening to understand, rather than to respond, is a key skill. Source: Supplied

“You have to be comfortable with sitting through some silent moments and perhaps a bit of awkwardness and not meeting your own need to fill that quiet,” she said.

Volunteers also need to be able to “listen to truly understand, not listen to respond”, Stephanie said.

Reflecting on the first call she took, Stephanie said it was a reminder that they’re just “people talking to people”.

“I often say the best qualities in a crisis support worker is that you’ve lived, loved and lost," she said.

“You don't know who you're going to get, but it doesn't matter, they're just human beings and they are just like you.”

How can you support someone in need?

There are many cases when a person in crisis will not pick up the phone and call the helpline, Rachel and Stephanie said. That’s why both agree everybody should be able to identify the signs that someone is in trouble.

“My real desire is that all of the population get to do at least some of the training that the crisis support workers get to do,” Stephanie said.

“Because they’re the people that are out there in the schools, in the workplace, who are there and can catch those people and notice when someone isn’t doing OK, and they can be the one that approaches them rather than the onus being on the person to make contact.”

Rachel believes everyone should be familiar with a ‘recognise-respond model’, which involves firstly noticing a friend, colleague or family member might be suffering from mental health issues, and then asking them about it.

“They are phrases that most of us can use and I can pretty much guarantee that most people are very receptive to hearing them. Most people want to have an invitation to have a connection or to talk about what's happening to them.”

Don't be scared to start that conversation or to just gently say, ‘you know, I've been a bit worried about you’.

After opening up the dialogue, the most important thing, Rachel said, is to “take them seriously, no matter what they say”.

“The next step is to help them find the best place for some support,” she added, suggesting services like Lifeline or a mental health professional.

“You don't need special skills to do that, you just need to feel a little bit brave to make that initial opening.”

While listening to people during a crisis can be difficult, both women agree it has had a positive effect on how they now view their own lives.

“It is a such a privilege to be on the phones at Lifeline,” Stephanie said. “You really are walking with somebody during their deepest, darkest times.”

“People can just be so raw and honest because it is anonymous. And I think that's quite a special place to be.”

To find out more about becoming a telephone volunteer, contact your local Lifeline centre.