A humanitarian "pause" announced by Russia in a bid to stem the bloodshed in Syria’s rebel-held enclave of Eastern Ghouta took effect Tuesday at 9:00am local time.

Syria's ongoing crisis: How you can help

More than 550 civilians, almost a quarter of them children, have been killed in the last week after Syrian government forces launched a renewed offensive on the rebel enclave in one of the worst episodes of bloodletting in Syria's seven-year-old conflict.

The battered residents of Syria's Eastern Ghouta rebel enclave were waiting Tuesday morning for the start of the "humanitarian pause" announced by Russia after days of carnage wrought by artillery and air strikes, it came into effect 9am local time (6pm Australian time).

A UN Security Council resolution passed on Saturday calling for a 30-day truce has been a dead letter with Moscow, the Damascus regime's main backer, setting its own truce terms instead.

On Monday, after days of building international pressure, Russia said it would organise a daily five-hour pause in the fighting to allow civilians to escape through "humanitarian corridors". 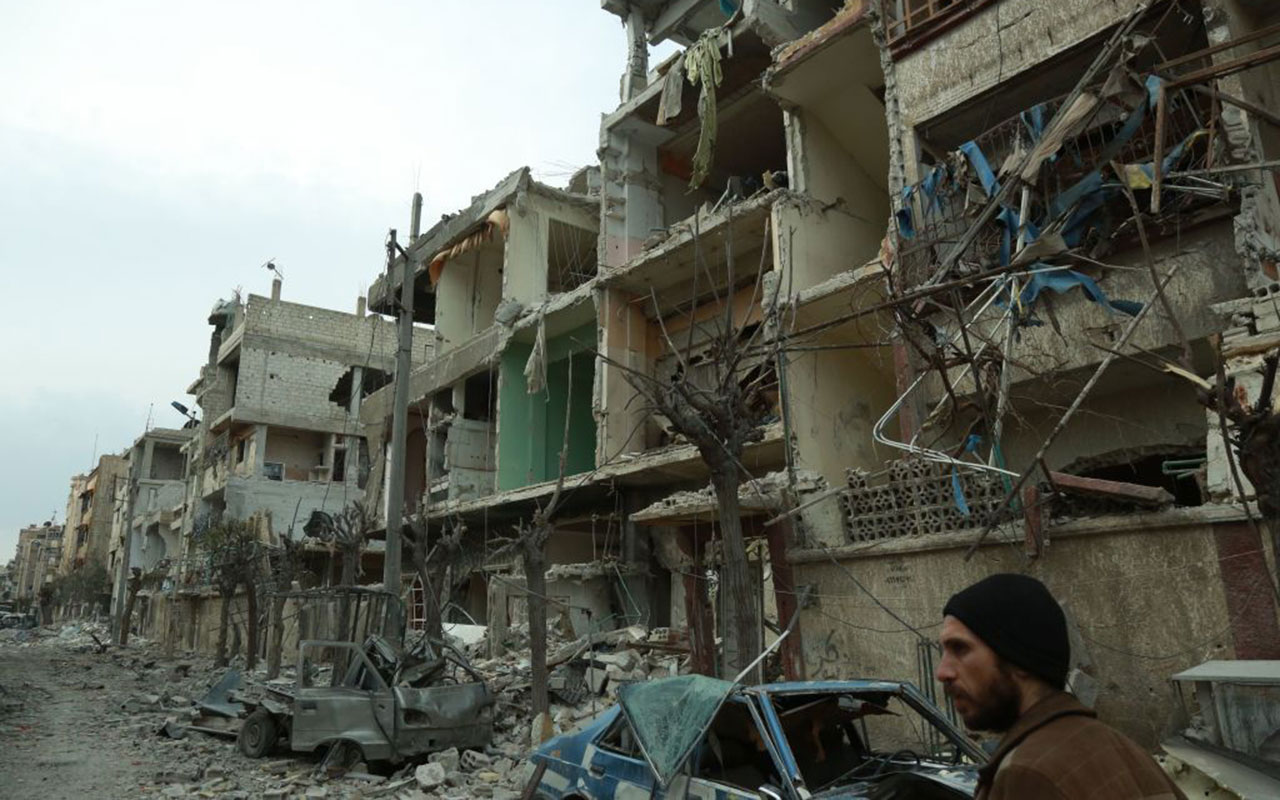 The public would be informed with leaflets and text messages, and buses and ambulances would be waiting at a crossing to evacuate the sick and wounded, Moscow said.

The short truce could be the first opportunity in days for Eastern Ghouta's brutalised residents to escape from their underground shelters after a relentless bombardment that has sparked growing international outrage.

"Five hours is better than no hours, but we would like to see an end to all hostilities extended by 30 days, as stipulated by the Security Council," UN spokesman Stephane Dujarric said. 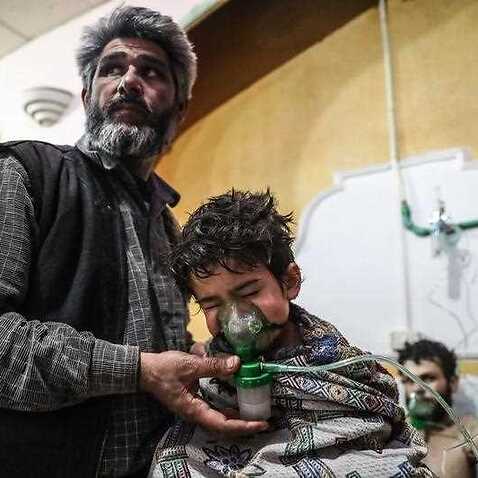 "#Russia has the influence to stop these operations if it chooses to live up to its obligations under the #UNSC ceasefire," US State Department spokeswoman Heather Nauert tweeted.

"The United States calls for an immediate end to offensive operations and urgent access for humanitarian workers to treat the wounded and deliver badly needed humanitarian aid."

"Forcing civilians to leave or face death under bombardment and siege constitutes a Russian crime," its spokesman Wael Alwan said on Twitter. 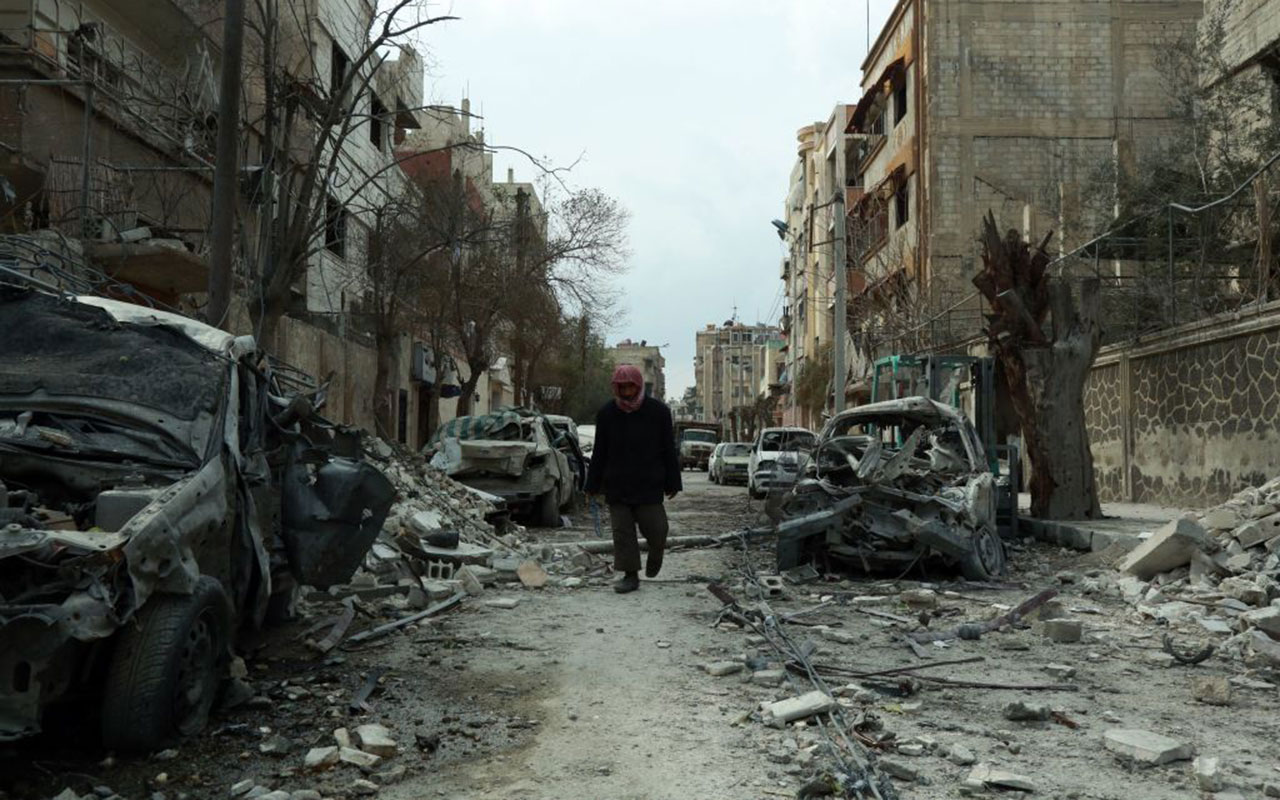 A Syrian man walking next to damaged buildings following regime air strikes in the Syrian rebel-held town of Douma, in the besieged Eastern Ghouta region.
Getty

Eastern Ghouta is a rebel stronghold on the edge of the capital Damascus which has been outside government control since 2012 and is thought to be home to some 400,000 civilians.

It is held by a mish-mash of rebel and jihadist factions.

Since the near total collapse of the Islamic State group's once-sprawling "caliphate", Damascus has looked bent on completing its reconquest and Eastern Ghouta is a key target.

The regime intensified its air campaign there early this month with devastating results -- the United Nations estimates three-quarters of private housing has been damaged.

Much of the population has moved underground, with families pitching tents in basements and venturing out only to assess damage to their property and buy food, a trip that frequently turns deadly amid the falling shells and bombs. 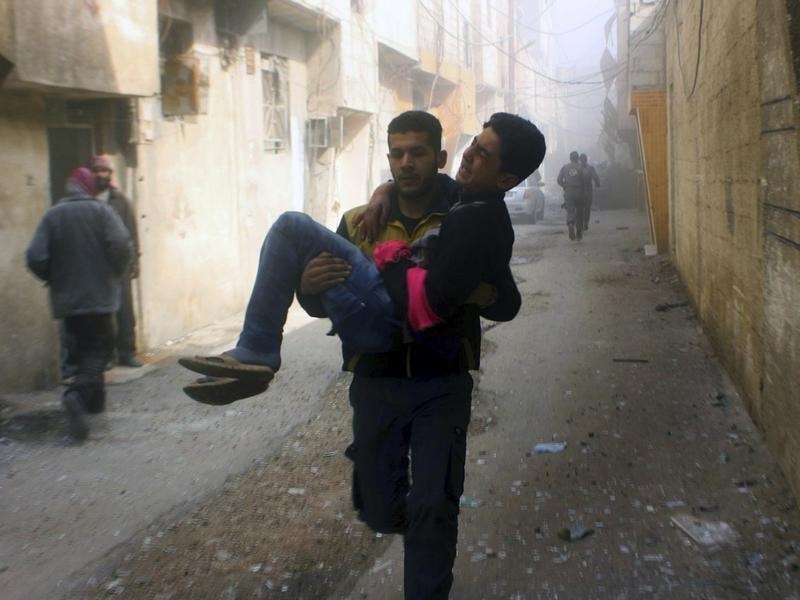 In Ghouta, a suburb of Damascus, Syria, a new wave of conflict has killed 500 people in a week.
AAP 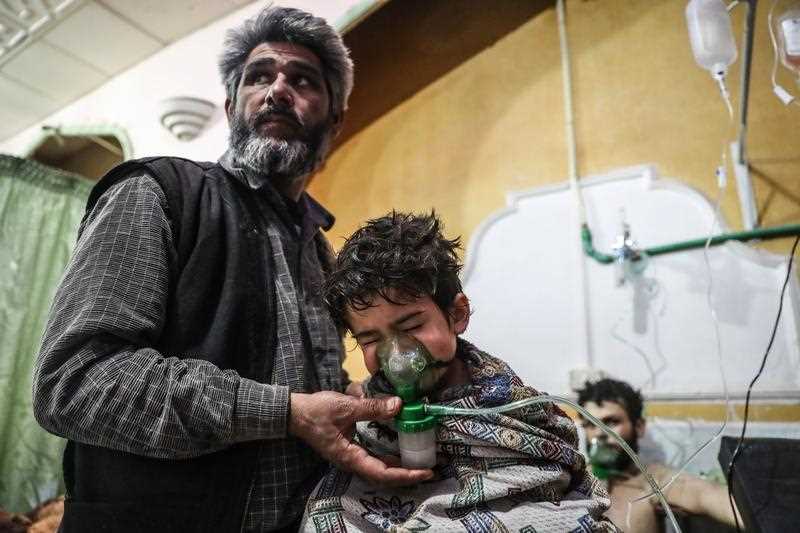 Residents trapped in the wreckage of their own homes have bled to death as even rescuers were targeted.

The intensity of the bombardment on Eastern Ghouta had eased somewhat in the past 48 hours but deadly strikes and shelling have not stopped.

At least 22 civilians, including seven children, were killed in new raids and artillery fire by the regime, the Syrian Observatory for Human Rights war monitor said Monday.

On Sunday, a child died and 13 others suffered breathing difficulties and showed symptoms consistent with a chlorine attack after a regime air raid struck the town of Al-Shifuniyah, the Observatory and a medic said.

Russia dismissed reports of a chemical attack as "bogus stories."

But UN investigators say government forces used chlorine as a weapon at least three times between 2014 and 2015 as well as a sarin gas attack in 2016.

In November Russia used its veto power twice to block the renewal of a UN investigative panel tasked with identifying those responsible for the deadly gas attacks.