The US Senate debated the rules for President Donald Trump's impeachment trial into the early hours of the morning. Here's how the day unfolded and what is to come.

The US Senate voted along party lines on Tuesday to set the rules for President Donald Trump's impeachment trial.

By a 53 to 47 vote, the Republican-controlled Senate approved an "organizing resolution" for the trial proposed by Republican Senate Majority Leader Mitch McConnell. 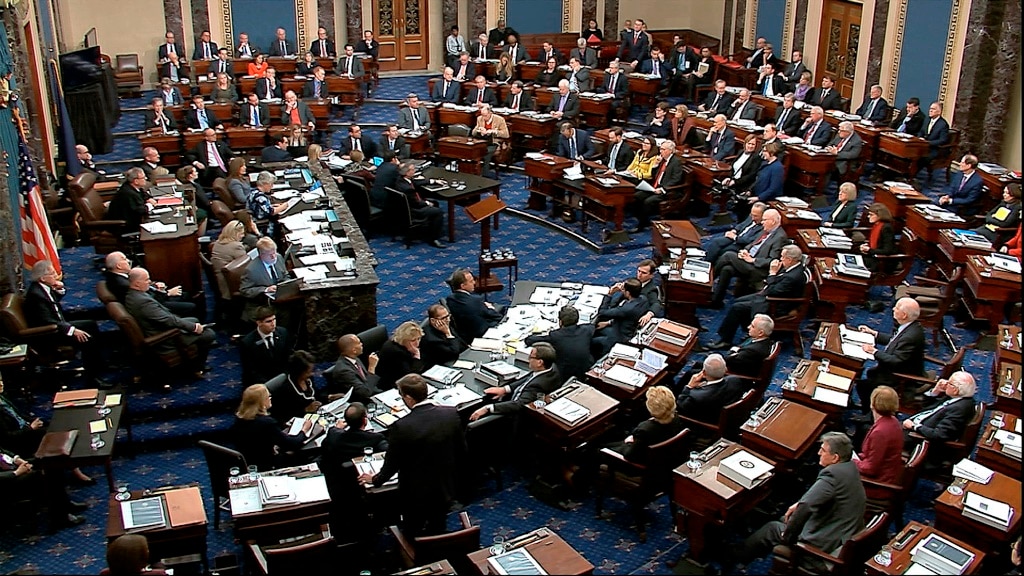 Before approving the rules, the Senate voted down several amendments proposed by Democrats seeking to subpoena witnesses and documents from the White House and State Department.

These are the next phases in Mr Trump's impeachment trial, just the third of a president in US history:

The Democratic members of the House of Representatives chosen to present the impeachment case against Mr Trump will deliver opening arguments to the Senate beginning on Wednesday (Thursday AEDT).

They will have a total of 24 hours over three days to present their case that Mr Trump should be impeached for abuse of power and obstruction of Congress over his attempt to get Ukraine to investigate political rival Joe Biden.

Mr McConnell had initially planned to compress the 24 hours of argument into two days, which could have led the sessions to go well past midnight.

But Mr McConnell extended the time to three days under pressure from some fellow Republicans.

Following opening arguments, senators will have a total of 16 hours to ask questions in writing to House prosecutors or the White House defence team.

The written questions from the senators will be read out loud in the chamber by US Supreme Court Chief Justice John Roberts, who is presiding over the trial. 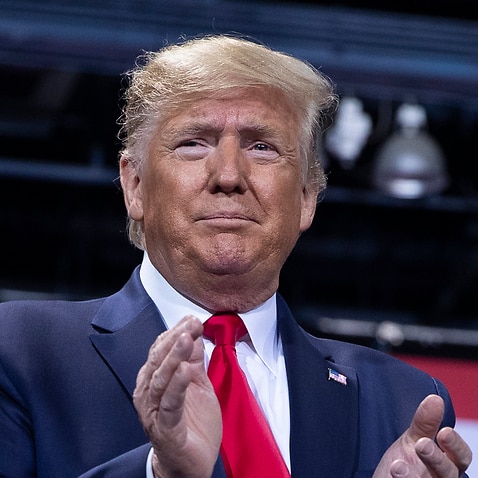 Following the question period, House prosecutors and the White House defense team will have two hours each to argue for or against subpoenaing witnesses or documents.

The Senate will then vote on whether any witnesses or documents should be subpoenaed. A simple majority vote of 51 senators will decide the issue. If there is an agreement to hear witnesses, they will first be deposed behind closed doors. The Senate will then decide whether they will be allowed to testify publicly.

Following the conclusion of deliberations, the Senate will vote on each of the two articles of impeachment.

A two-thirds majority of the senators present is required for conviction. Conviction on just a single article is enough to remove Trump from office.

With Republicans holding a 53 to 47 majority in the Senate, Trump - barring the unexpected - is likely to be acquitted.

The Senate vote could possibly be held late next week - ahead of Mr Trump's planned 4 February appearance before a joint session of Congress for the annual State of the Union speech.