Salman Abedi, the suicide bomber who killed 22 people in an attack on a pop concert in Manchester, was a business student who dropped out of university.

Born to a devoutly Islamic Libyan family in Britain's third biggest city, newspapers said he was known to the security services and the Financial Times said he had turned to radical Islam in recent years.

Abedi, 22, worshipped at a suburban mosque, where his father was a well-known face who sometimes performed the call to prayer.

He was named by police and Prime Minister Theresa May the day after the deadly attack, which also left dozens wounded, on the concert by US pop star Ariana Grande, who has a large teenage girl following.

"The perpetrator was Salman Ramadan Abedi, who was born and brought up in Britain," May said, condemning his actions as "callous and cowardly".

Abedi's family have lived in the Fallowfield area of south Manchester for at least 10 years, according to The Daily Telegraph newspaper.

Armed police raided an address in the modestly well-to-do area on Tuesday, carrying out a controlled explosion to gain entry.

A 23-year-old man was also arrested in the south of the city in connection with the attack.

Jones told AFP that he was "shocked" and "surprised" when he heard that the suspect was from there. 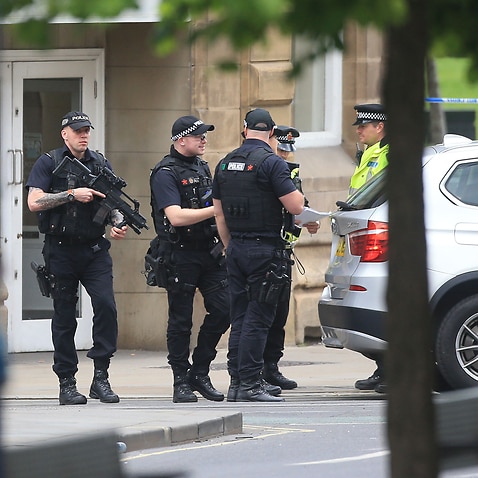 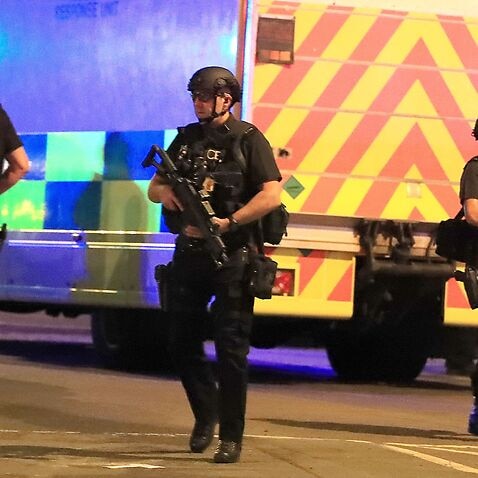 Around 16,000 Libyans live in Britain and Manchester is home to the largest community, according to the BBC. It was a focus of celebrations when the Kadhafi regime fell in 2011.

Reports said the suicide bomber was the second youngest of four children, including another son and one daughter.

One member of Manchester's Libyan community told The Guardian newspaper: "He was such a quiet boy, always very respectful towards me.

"His brother Ismael is outgoing, but Salman was very quiet. He is such an unlikely person to have done this."

Abedi had recently returned from Libya, according to The Times newspaper's front page Wednesday, which cited a school friend as saying he left three weeks ago and returned in the last few days.

Police said they were urgently seeking to establish whether Abedi worked alone, or acted as part of a larger network.

Abedi's family were closely linked to the Didsbury Mosque, a Victorian former Methodist chapel in a leafy suburb that was bought in 1967 by donors from the Syrian Arab community.

His father Ramadan had sometimes performed the call to prayer and his brother Ismael had been a volunteer.

One senior figure from the mosque however, Mohammed Saeed, told The Guardian that when he once gave a sermon denouncing terror, Abedi stared him down.

"Salman showed me a face of hate after that sermon," Mohammed Saeed said of the 2015 encounter.

"He was showing me hatred."

Abedi began studying business and management at Salford University in Manchester in 2014, a source told the Press Association news agency, but he dropped out after two years and did not complete his degree.

He did not live in university accommodation, had not been in any trouble at the university, was not on any radar for pastoral or social care and was not known to have participated in any university societies.

It is understood Abedi never met with the university's resident imam.

Abedi used an improvised explosive device, apparently packed with metal, to massacre concertgoers and end his own life.

Citing CCTV footage recovered by detectives, The Times reported Abedi had placed the device in a suitcase which he set on the ground before it detonated.