Australia's economic recovery from the COVID-19 pandemic will likely be long and arduous, but some sectors could play an important early role. 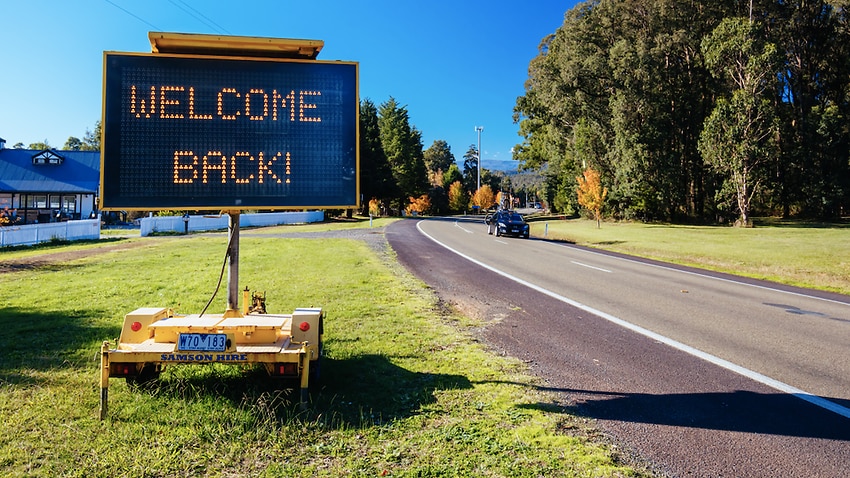 As Australia tentatively lifts some COVID-19 restrictions, attention is now turning to the country's economic recovery.

The pandemic has dealt a catastrophic blow to the economy and will change the way many businesses and sectors operate well into the future.

In a speech to the National Press Club on Tuesday, Prime Minister Scott Morrison will outline the principles that will guide the government as it resets economic growth over the next three to five years, with the intention of saving and creating jobs.

Here, SBS News looks at some areas that could play a role in Australia's way out of the crisis.

The closure of Australia's borders has meant international tourism has all but dried up, but experts say local tourism can provide a much-needed lifeline.

"There will be a big jump in domestic tourism as all those Australians who used to go overseas for their holidays take their holidays here," CEO of the Grattan Institute John Daley told SBS News.

"There are lots of Australians who haven't visited lots of the country, so I think that's a big opportunity."

Cars on the Great Ocean Road in Victoria. Source: AAP

But timings remain uncertain as state and federal leaders squabble about border closures.

Mr Daley said the local tourism industry will also need to adapt to this new market.

Read More
Get travelling but travel right: Australians told to be sensible once coronavirus restrictions ease

"The biggest opportunity will be for tourist operators who figure out how to appeal to the preferences of people who already think of themselves as Australian ... It's not good enough just to say 'come to Australia, the people are really friendly etc etc'.

"They will have to think of how to market the experience to a person who takes all of that as a given and is looking for something different."

Mr Daley said "one of the big question marks" around the economic recovery is international students.

According to the federal government, international students spend $35 billion a year in Australia, helping to employ about 200,000 people.

While there is a pause on students incoming from overseas, Mr Morrison has already indicated they could be allowed to enter the country before other global visitors.

Students at the University of New South Wales in Sydney. Source: AAP

Mr Daley said Australia may be well placed to attract international students again in the near future if it is deemed safe to do so.

"On the one hand, the overall international student market has shrunk, but on the other hand, it's a pretty good bet that students who want an English language education will be even more keen on coming to Australia than our competitors like the US and the UK, which have got a lot more [COVID-19] cases," he said.

Mr Daley said minerals and resources will also play a role in the initial economic recovery from COVID-19, but nowhere like it did during the mining boom.

"It looks like Chinese demand for iron ore, coal and various energy imports is back up more or less where it was before COVID hit - so those industries are looking OK," he said.

Iron ore from Australia is unloaded in China. Source: Getty

But a rising cause for concern is Australia's recent disagreements with China over an investigation into the origins of the pandemic.

China has already announced moves that would hurt Australian barley and beef producers.

James Whelan, investment manager for the VFS Group, said that reach may even extend as far as the mining sector, which would put Australia in a difficult position.

"This is China's way of saying 'hey, if you want to talk about muscle-flexing, we've got some pretty big muscles to flex, too'," Mr Whelan said.

"'Just because we import 62 per cent of iron ore from Australia, doesn't mean it has to stay that way. Brazil is right there' [they are saying]."

Quentin Grafton, a professor of economics at the Australian National University, told SBS News the recovery should be used to push for major policy change in Australia.

Now is the right time for a "total reset" to Australia's climate change wars, which could deliver an economic boost, he said.

"It's about jobs … [fossil fuel] industries are changing and transitioning already right now. We can't keep fixed in time, in some sort of bubble."

The federal government is responsible for jumpstarting these developments post-pandemic, he said.

"Government is a key catalyst, it's a key driver in terms of where that investment goes - it sends signals for the future."

"Where can we redirect [government] subsidies to so we actually get a bigger bang for our buck? Rather than protecting particular places or particular industries, let's think about how we can create, with private sector help, those sorts of jobs that we would all benefit from."

Throughout the pandemic, other groups and businesses have made similar calls.

On Monday, an unlikely alliance, including the Business Council of Australia and the Australian Conservation Foundation banded together to make a stand on the importance of a cleaner economy.

The group said that beyond the pandemic, Australia's prosperity depends on dealing with long-term challenges like moving towards net-zero emissions.

A time for innovation

The Grattan Institute's Mr Daley said the "biggest prizes" during the recovery stage will go to individuals and businesses who adapt or take risks in the new economic landscape.

"We've had a big shift in people's preferences, habits, what they're allowed to do ... The winners will be those who respond to those changes in tastes and habits quickly, those who find new ways to make things work."

Mr Daley cited a group of opera singers who now offer private performances in people's houses and a local cafe that reinvented itself as a greengrocer selling exotic fruit and vegetables for residents cooking at home.

"That sort of innovation is born of necessity, but treated imaginatively creates an opportunity," he said, adding that we don't yet know what the next round of COVID-19 economic innovation will look like.

"The biggest prizes will go to people who innovate in a world where that's suddenly become worth a lot more."

Share
Published 26 May 2020 at 5:42am
By Nick Baker, Sunil Awasthi
Topics
CoronavirusAustralia